Capcom’s art director for Resident Evil 3 Remake, Yonghee Cho, told Game Informer in a recent interview that the original Jill Valentine design for Resident Evil 3 back in 1999 was designed to capitalize on her sex appeal. He claims that that was “not the right direction”, so they designed the new Jill for “practicality” and to be a “very strong” character. Basically, she was designed for simps and feminists and to turn off straight male gamers.

TechRaptor picked out the quote from the latest issue of Game Informer, where Cho stated…

“There were a lot of discussions internally about that direction. The original design of Jill Valentine was clearly going for sex appeal, but that was not the right direction. This is a very strong character, and it is a character that’s going through a lot of adversity, so we wanted to home in on that and make sure that there’s a certain level of believability in what she’s wearing, a certain level of practicality.”

For all the Centrists™ who may have argued that Jill wasn’t changed to remove sex appeal, you now have the art director literally admitting that the original design featuring Jill’s sex appeal was “not the right direction”, even though that has been a fan-favorite staple of Jill’s design ever since she appeared in the mini-skirt and tube top. 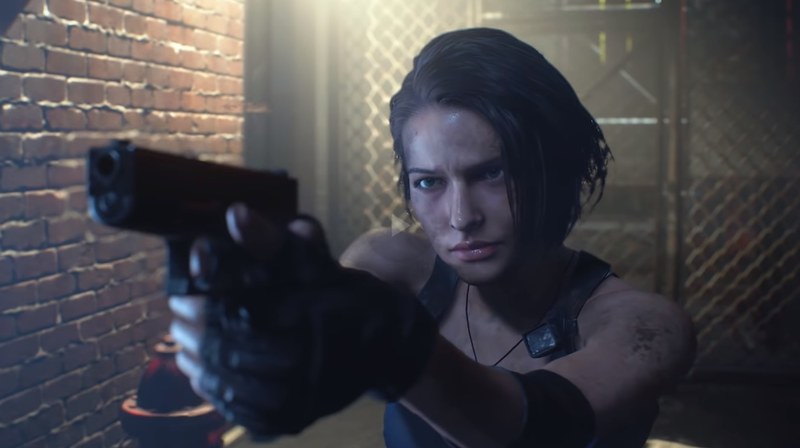 Previously, producers Peter Fabiano and Masao Kawada had explained that the reason they changed Jill was so that she didn’t look so “uncomfortable” while performing various actions in the game… even though she’s a video game character fighting against zombies and a giant deformed penis-worm wearing a leather coat and wielding a flamethrower.

The art team also decided to model this new Jill on Russian model Sasha Zotova, as opposed to going back with Julia Voth, who was probably the most iconic model for Jill Valentine throughout the aughts.

Zotova obviously lacks the feminine charm of Voth, and combined with making Jill more masculine in her mannerisms and appearance – that’s not to mention giving her the kind of foul language that would only be caught on the licentious lips of a Twitter-bred Liberal – it really strips away from Jill’s overall appeal. 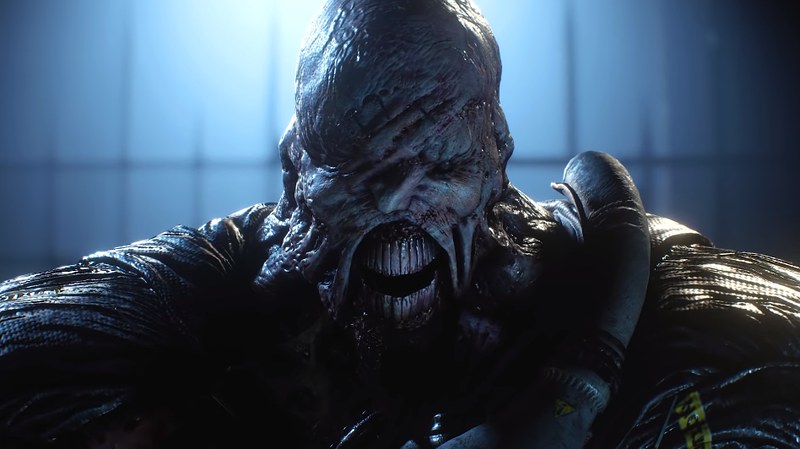 But Jill wasn’t the only tragedy that suffered in the art department of Resident Evil 3 Remake. The Nemesis was also a victim of the team’s less-than-creative liberties. Cho explained…

“The first thing I saw was the clothing. It felt strange to be creating a bioweapon and have it wear clothes. Rather than having him wear clothes, we had him wear something synonymous to a body bag, something that made him feel like a restrained weapon. At the same time, I wanted to stay true to the original, so the silhouette of the Nemesis still has that iconic look.”

So we essentially have a stretched out scrotum with metal files for teeth who happens to be wearing a trash bag?

Anyway, Resident Evil 3 Remake is due for release on PC, PS4, and Xbox One starting April 3rd, 2020.

(Thanks for the news tip Hakase)