The pre-registration for the global version of the game is only available over on the Google Play Store.

The iTunes version of the game is labeled as “Coming Soon” over on the official website.

In addition to the pre-registration, there’s also the crossover collaboration with NieR: Automata, which fits in line with the game’s Gothic-fantasy motif based on the Grimm fairy tales.

Pre-registration for SINoAlice will be active up until the game launches, wherein the dual NieR event will kick off, including both NieR: Automata and NieR: Replicant.

Collaboration classes from both games will appear in the game.

In addition to registering for SINoAlice over on the official website, you can also keep track of the game by visiting the Facebook page.

Some gamers are worried that the year-long delay due to localization could see Square Enix’s Ethics Department sticking their dirty paws where they don’t belong. We’ve already seen how Square’s Ethics Department has completely ruined Final Fantasy VII Remake by constricting Tifa’s boobs and adding ugly accouterments to her clothing attire in order to reduce her sex appeal. One can only imagine what they would do to a game like SINoAlice.

Unfortunately, we won’t know for sure exactly what the damage will be to a game like SINoAlice until gamers begin to compare the assets from the Japanese version with the global version. 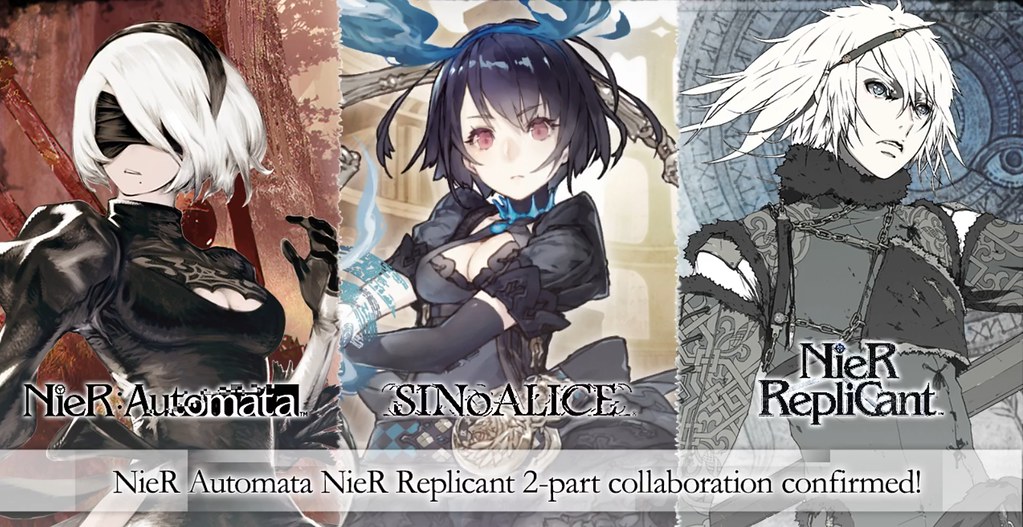 Until then, you’ll simply have to stay vigilant and keep an eye out on any potential changes in the assets once you register and get your hands on the game.