It was recently reported that 8kun had gone full Gab, locking down conversations and looking to institute more censorship across the imageboard culture. Well, the owners have now taken the next step in certifying the death of 8chan and 8kun by banning lewd loli content.

It started back on April 12th, 2020 with board owner Mark addressing the administration of 8kun in an open-thread about their lack of transparency, lack of communication, and lack of leadership. The administration responded by removing Mark from his position and putting the blame on him for not  moderating properly.

From there, the administration began rolling out more and more censorship. On April 21st, 2020 Ron made a post claiming that due to the United States v. Eychaner case in 2018 — where it was determined that drawings, cartoons, sculptures or paintings of minors that don’t actually exist could be labeled as obscene — that it was in 8kun’s best interest to steer clear of anything that could be legally interpreted as “obscene” from outside forces. This is despite the fact that the  Eychaner case centered around an individual who had a prior history of viewing actual child pornography on multiple occasions.

If you’re unable to view the image, the relevant part from Ron states…

“Given the scrutiny the website has been under, I think it is very likely that,. One way or another, because of public pressure, users would end up in a legal jeorpardy over this and this is not something any administrator wants. What I want is free speech within the boundaries of the law. As it is, obscene material is not protected speech under the First Admendment. That may change in the future as the so-called “community standards” become less strict. However, this is the hand we’ve been dealt.

“As such, any user who posts obscene visual representations or obscene visual depiction of children will be banned permanently and the content will be deleted. Until further notice, that is how all volunteers, global and local, will be instructed to handle such content.

“Attached image is a flow chart made by the lawyer showing exactly how to determine whether a representation of a child is illegal and under which federal law it would fall under.”

The flow chart image Ron is referring to can be viewed below. 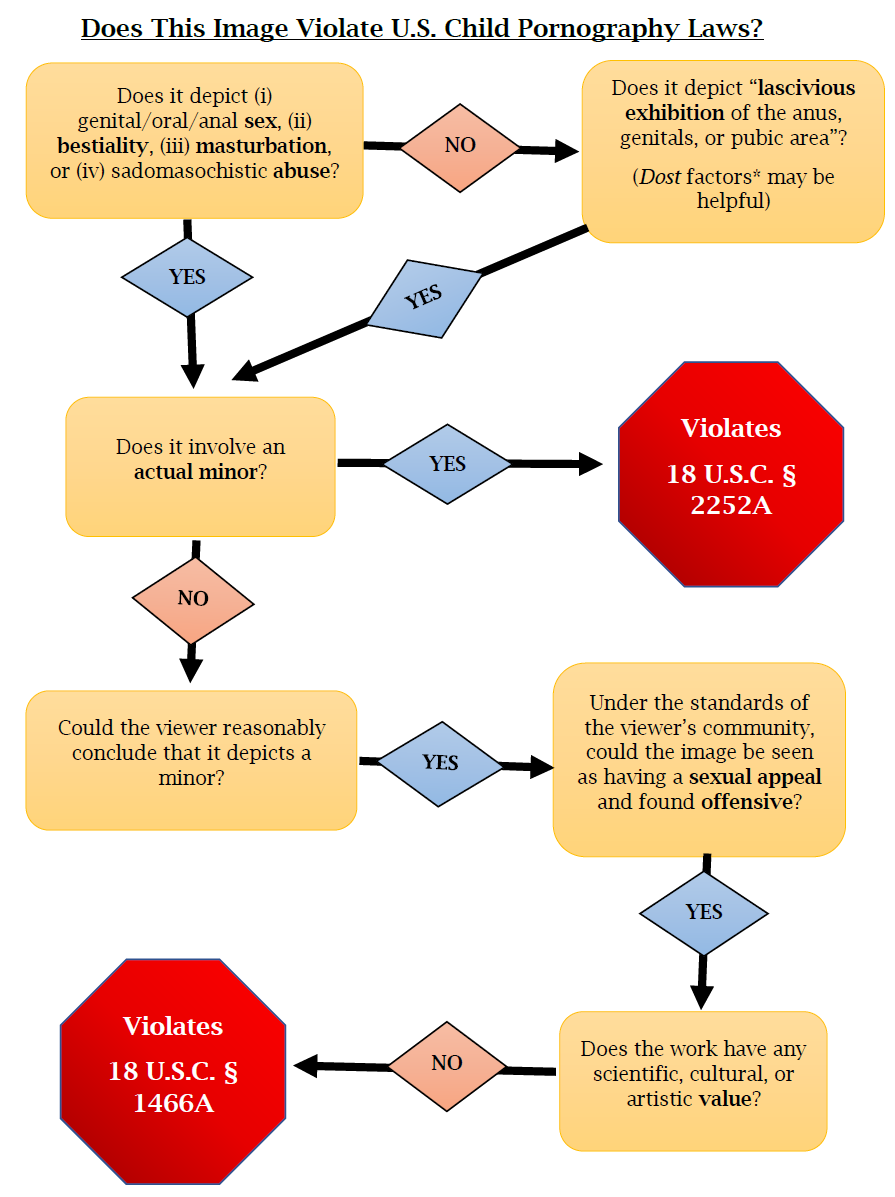 There are already some users posting up alternative boards as an exodus is under way. On April 22nd, 2020 there was a thread with a few other boards that haven’t been hit with mass censorship, yet. A second thread is also available pointing users to a few other places they can call home now that the loli ban is in effect.

As pointed out by RagingGoldenEagle, we’ve seen this happen time and time again with every major so-called free speech platform.

I find it hilarious watching how platforms that claim to support free speech react when confronted with speech they disagree with. EVERY SINGLE ONE of them starts making up excuses for why the stuff they don’t like should be censored…

There are even some users in the 8kun threads claiming that the loli ban is fine because it’s a niche fetish and shouldn’t be allowed on places like 8kun. They typed this out all while completely missing the point that under the same rules depicted by the lawyer’s flowchart nearly any and every anime could get banned under the exact same guidance.

This was the same issue people raised with the United Nations when they wanted to ban anime as well.

DeviantArt, Twitter, Reddit, MEGA, Gab and Patreon have been cranking up the censorship and bans using the exact same guidance as the lawyer’s flowchart, and we’re seeing that it’s not just lolis and shotas getting nixed, other characters and content are also getting banned.

Unfortunately, most people won’t recognize how dangerous this is until something they truly enjoy gets caught up in the ban wave. But once you support banning the 3,000-year-old dragon loli, or the ageless vampire loli, or the extra-dimensional succubus loli, it’s only a few degrees removed from banning kosher anime characters that don’t have wrinkles, aren’t obese, or lack gray hair.

(Thanks for the news tip Jigsy)