When one of your lead voice actors informs everyone on how they need to keep an open mind regarding the narration of your hotly anticipated sequel that doesn’t bold well. For many, this was nothing but a confirmation The Last of US 2 would indeed delve into Christian bashing while shoving as much diversity and woke agenda at the player as possible. As previous leaks had suggested the game was going to.

Were that where the leaks ended we would all be sitting back waiting for the game to release. To see whether the game was as woke and anti-Christian as leaks had made it out to be or if we had all been played by a well-crafted fake. The leaks didn’t end though as a disgruntled employee leaked not just footage, but the entire plot synopsis. Confirming the previous leaks while making it significantly worse for Sony. 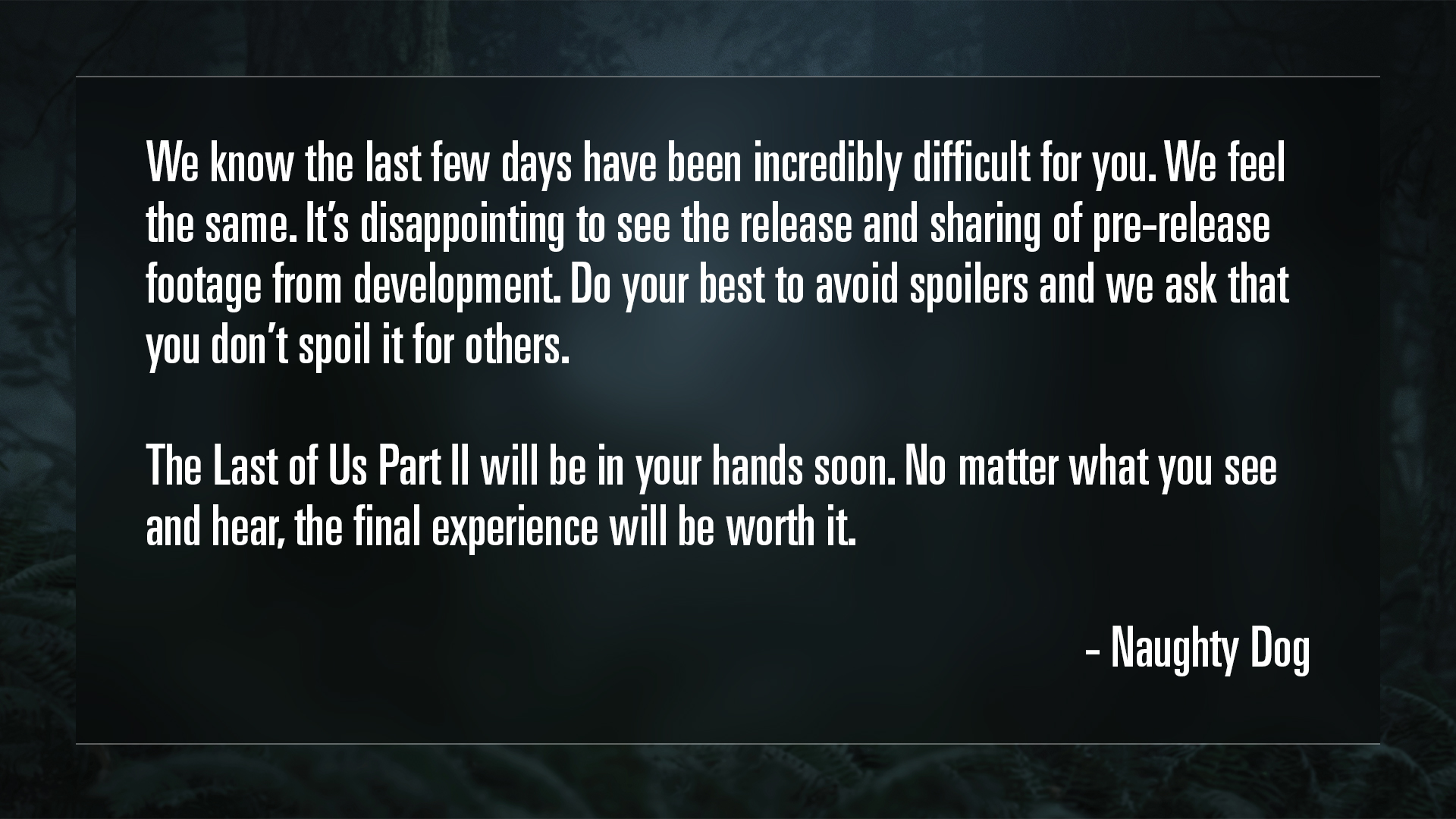 Both Sony and Naughty Dog have been involved in full damage control since the leaks broke. Sony for their part announced the game’s official new release date on June 19th. While Naughty Dog pleaded with people to avoid the leaks. For not only is the story bad, but it also succeeds in uniting us all in agreement to hate the game.

—Before we continue from this point on there will be spoilers. If for some bizarre or masochistic reason you intended to play the game and be surprised by the plot stop reading here.—

Indeed the leaks are true, but the latest ones are even worse. Halfway through the game players will switch characters from Ellie to Abby. Abby being the trans-gendered-looking daughter of one of the nurses Joel killed in the first game. She vehemently hates Joel and later Ellie after Ellie kills more of her family and friends.

That parts that have the left incensed is Abby will attempt to kill Ellie’s very gay girlfriend before proceeding to attempt to murder Ellie. With the ending hinting at a sequel that will never be made, where Ellie or her friends hunt down Abby in a never-ending cycle of violence.

Last of Us 2 Ending

As everyone knows the two chief exports from the chans are memes and salt mined from normies, casuals, and SJWs. It is a good export, so once again they are pulling another Boston Salt Party. A reference to revealing details of the game and its ending, but tweaking the ending to be the most absolute worst-case scenario it could be. Named after the escapades in Fallout 4 where you either kill your son or nuke the commonwealth.

Thus in the circulated information, Ellie is pronounced dead, because they know Ellie is the much-beloved lesbian icon for the SJWs. Who love to sing this game’s praise on Twitter, but had no intentions of buying the game.

-One of the surgeons Joel killed had a daughter called Abby

-The Firefly massacre destroyed her whole life, she’s been looking for revenge ever since – knew who Ellie was because of her dad talking about their shot at a cure, figured out Joel from Firefly records

-Cult attacks Ellie’s settlement and she, Jesse, and Dinah are part of the group sent to track down and attack it – Jesse is killed during this

-Ellie is now violently angry and goes to Seattle looking for the cults home to wipe it out, meets Joel there because he heard about Jesse and came back to help her

-Abby finds Ellie because she’s been in conflict with the cult too, so when Ellie hunts them to Seattle and is set to attack them with Joel her group find them and attack

-She kills Joel herself, takes Ellie back to camp debating what to do with her since for all her hate she doesn’t blame her for the massacre

-Second half of the game is spent as Abby chasing Ellie

-Ellie continues hunting the cult while you chase her down

-Ending is Ellie and Abby fighting to the death You kill Ellie as Abby, and she leaves while realizing she’s not really “won” in any meaningful way since all she’s done is get more of her loved ones killed for the sake of her killing Joel and then Ellie

As a correction to the leak, Abby doesn’t actually kill Ellie, instead she lets her live after Lev steps in to stop Abby from killing Dina, Ellie’s girlfriend.

They are getting rather creative in spreading this information. From outright dropping the information into conversations to private messages claiming to be important information for the Transgendered Community. Though my personal favorite is the fake CNN piece, that even I fell for until I realize what it was. 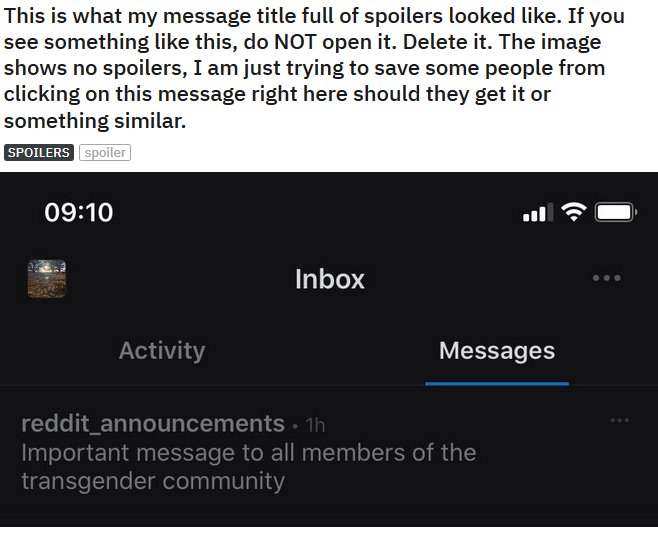 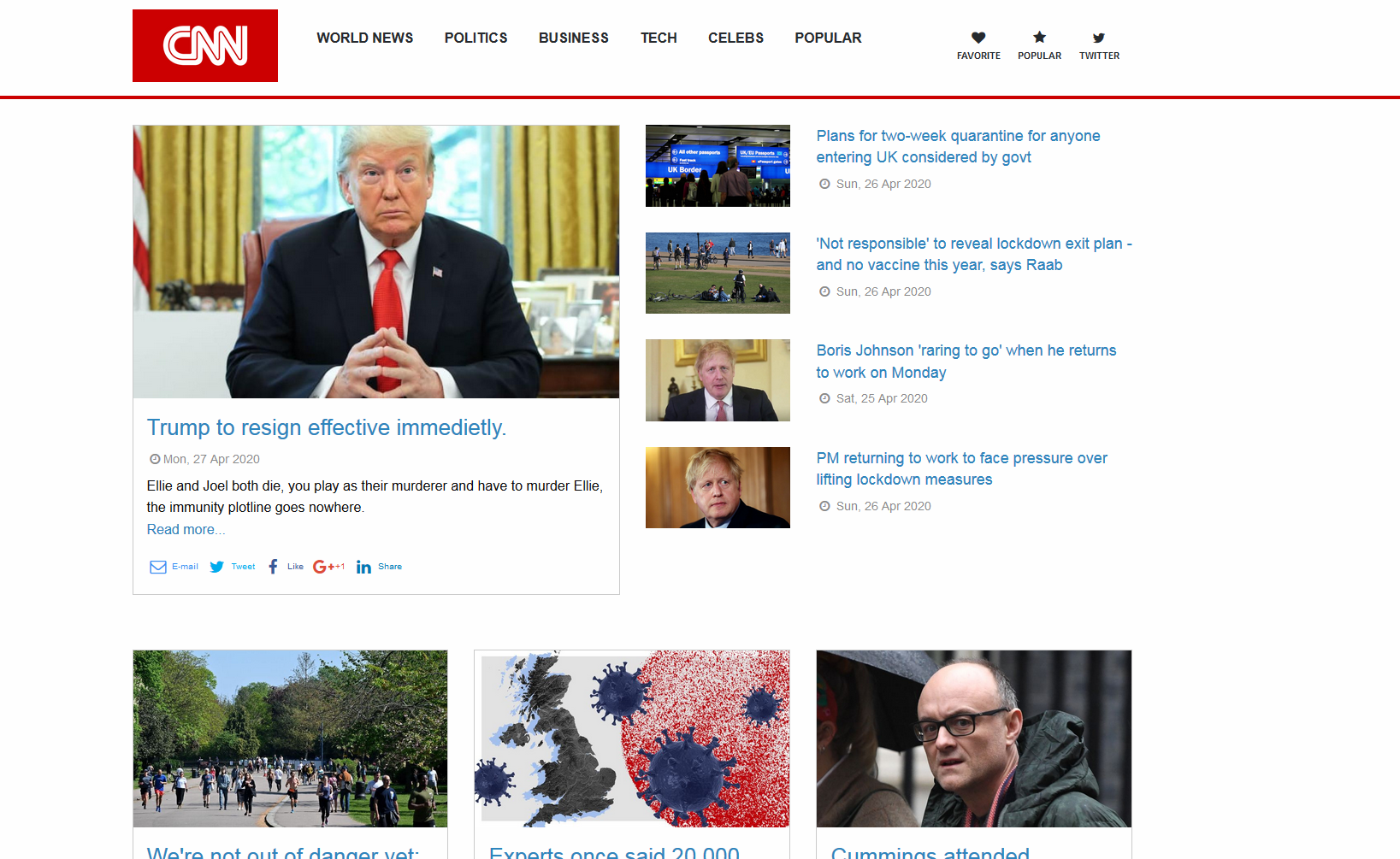 Naturally, everyone is losing their minds. Uniting in mutual disgust at differing aspects of the same game. Unless of course, it is your job to do damage control for Sony. If that is the case you are helping people to avoid any rumors, leaks, or details for the game the company giving you exclusive access to their Playstation 5 reveal is making. Alternatively, you’re threatening to hunt people down. Ignoring the fact it is already too late, they’ve won.

Naughty Dog commented on The Last of Us Part 2 leaks, saying “It’s disappointing to see the release and sharing of pre-release footage from development. Do your best to avoid spoilers and we ask that you don’t spoil it for others.” https://t.co/dMo0CnzLEF pic.twitter.com/bGXwv6YmUg 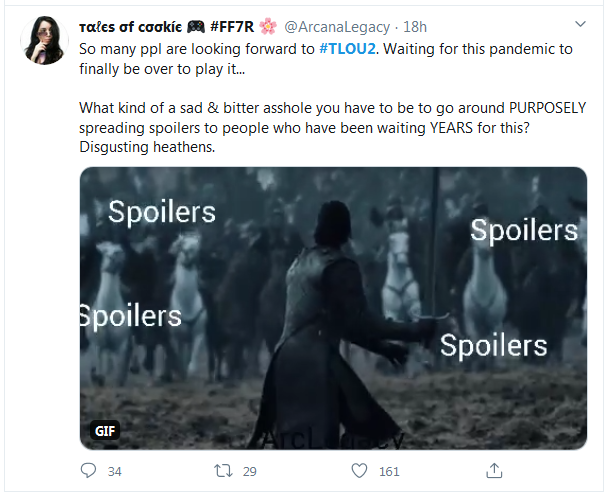 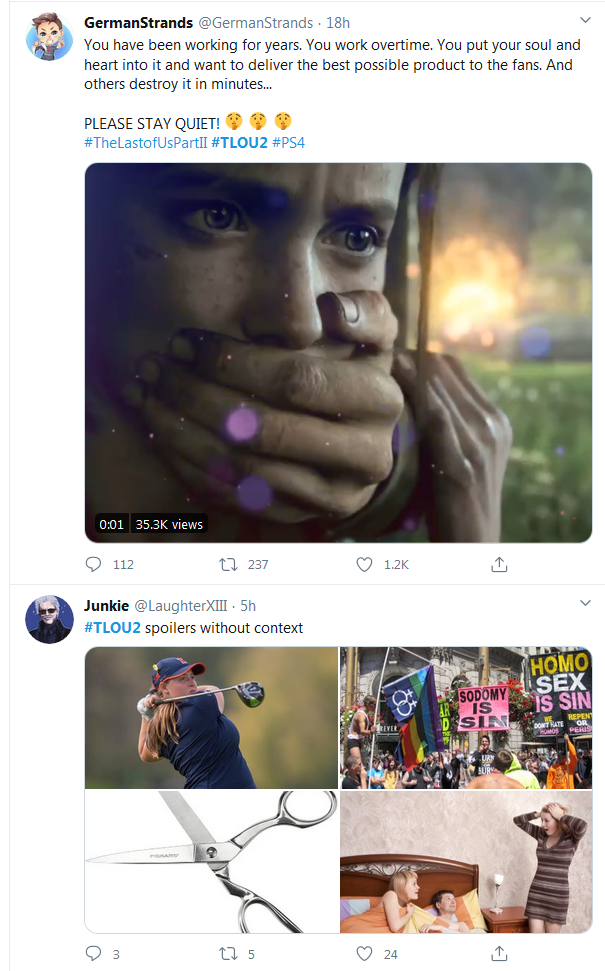 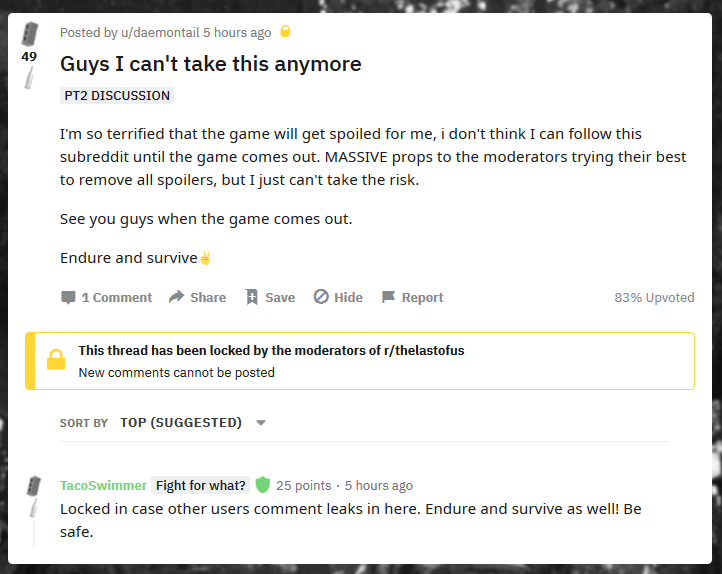