Wales Interactive announced that they have a brand new horror game on the horizon called the Maid of Sker. It’s a Welsh-themed horror game based on folklore from the isles, and is set in 1898, Wales. The game is scheduled to release in June for the PlayStation 4, PC, and Xbox One, and will release in October for the Nintendo Switch.

The new two minute trailer for the game titled “Suo Gân” is themed around a Welsh lullaby while they showcase some of the locations you’ll be visiting and some of the creepy creatures and inhabitants that you’ll likely not want to encounter.

You can check out the trailer below, which is cut together rather well.

As depicted in the trailer, the game is a survival-horror title where you have to avoid making noises and utilize the environment to dodge and duck enemies that rely on a binaural sound system to track you down.

As depicted in the trailer, you have to rely mostly on wits and holding your breath so as not to be heard, spotted, or apprehended by the enemies.

If I had a major complaint it would be that there’s no way to fight back. If there’s nothing I hate more is not even throwing a punch or two to defend yourself while being faced with certain death. The whole expulsion of “fight” in the “fight or flight” psychological paradigm reduces many horror games to boring flee-simulators as you constantly try to find ways to run from your assailants rather than fight back. 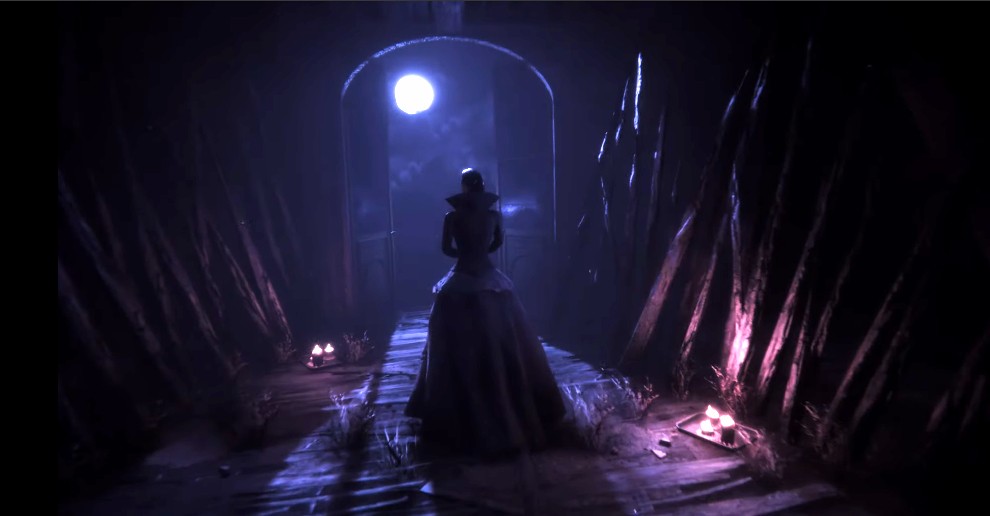 Now don’t get me wrong, I don’t need shotguns and shovels supplied en masse to make it seem compelling, just that maybe being able to push enemies or throw objects would really come in handy. Something to defend yourself with, even if it’s useless. Sometimes it’s the thought that counts.

Anyway, the story is based on the folklore tale of Elisabeth Williams and a family empire themed around sadomasochism and the occult.

You can check out more info on the game or wishlist it by visiting the Steam store page. Otherwise it’s set for digital release on PS4, Xbox One, and PC starting this June, with a Switch release set for this October.

I am very leery about this game, however, given that it was funded by Creative Europe Programme:- MEDIA of the European Union, wherein these government aided groups typically only hand out money for projects that align with certain agendas. So that’s just something keep in mind.