When Neil Druckmann claims on his Twitter account that he’s an “abuser of his characters,” he means it — especially when taking The Last of Us: Part 2 leaks into account. Speaking of the leaks, Druckmann has come forth to express how he’s now “heartbroken” over the recent ordeal. However, he hopes that “fans” are still excited enough to buy the controversial sequel, but not sexist, racist, bigots according to one of his Instagram stories.

The salivating little pillock that stands as Naughty Dog’s vice president is not only known to be disingenuous but a propaganda pusher. And it looks like Druckmann is taking a page out of Patrick Söderlund’s “if you don’t like it, then don’t buy it” book, according to an Instagram story that he has up.

Thanks to YouTuber Memology 101, you can check out all of The Last of Us: Part 2′s woes right here, and then some:

If you can’t see the video or if Sony struck it down, you can check out the antagonizing message right here: 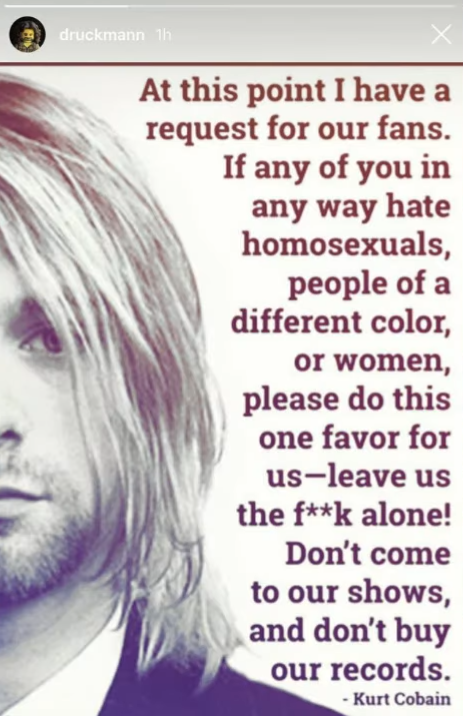 And as a backup, a written version of Druckmann’s message to fans and critics of The Last of Us: Part 2 sits below:

At this point I have a request for our fans. If any of you in any way hate homosexuals, people of different color, or woman, please do this one favor for us—leave us the f**k alone! Don’t come to our shows, and don’t buy our records – Kurt Cobain

In other words, if in any way you happen to have something against homosexuals, people of a different color, or woman, Druckmann wants you to do one favor for him and “leave him the f**k alone! Don’t come to any Naughty Dog events, and don’t buy The Last of Us: Part 2.”

Seeing that bashing fans did not work well at all for Söderlund, EA, and DICE regarding Battlefield V — in that the game flopped so hard that it went broke twice and won’t see its roadmap all the way through since development is canceled after June — it’s safe to say the same thing will happen in Naughty Dog’s current case.