Qureate’s Prison Princess originally released as an ecchi-puzzle game on the Nintendo Switch in early 2020. The game takes a visual novel approach to the character interactions, but utilizes some old-school, PC-style puzzle solving the likes of which we haven’t seen since the days of Dr. Brain.

The game is currently available on the Steam store for $19.99. The game is discounted by 20% off the normal price during the first week of release.

Surprisingly Valve did not label the game as Adults Only like they did with PQube and Idea Factory’s Gun Gun Pixies, which was given the dreaded AO filter treatment despite the fact that the game contains no nudity or sexual content.

Either Qureate managed to get a decent software curator at Valve this time around, or they managed to convince that the most that Princess Prison had in terms of content was panty shots, jiggly boobs, some interactive Live2D segments, and plenty of cleavage.

Players take on the role of the ghost of a hero who attempted to save two captured princesses from a dungeon.

Unlike other adventure games where you attempt to traverse through the dungeon, fighting monsters, defeating enemies, and collecting loot, instead you’ll have to guide the two princesses out of the prison by scavenging for supplies, looking for ways out of the room, and finding hidden secrets to help aid in helping the two lovely maidens attain their freedom.

Along the way you’ll be treated to some high quality CG art AkasaAI and InuiWaon, with the girls ending up in some rather compromising positions. 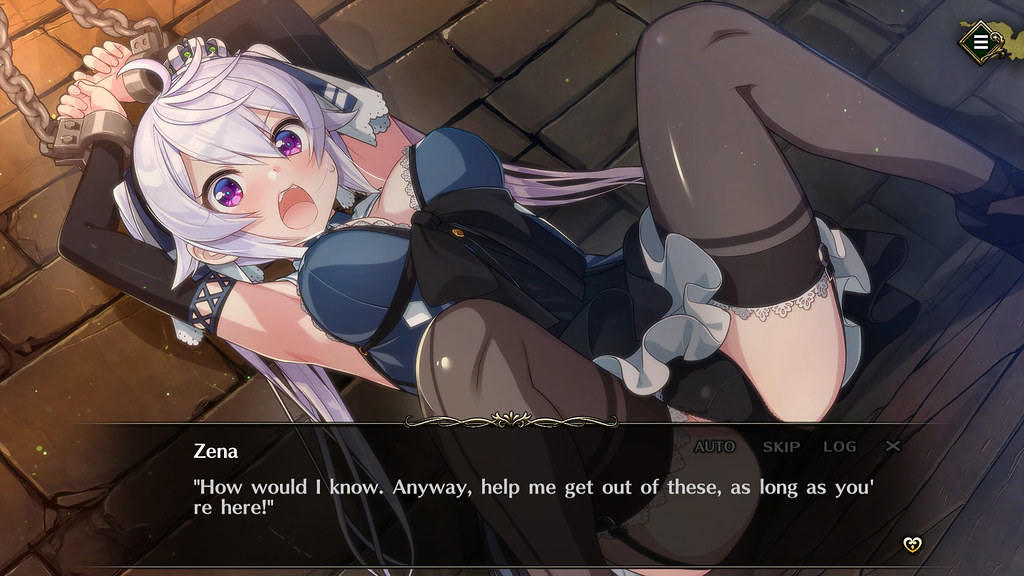 Unfortunately there’s no R18+ patches for Prison Princess… yet.

I wouldn’t be surprised if some eager modders put something together for the game down the line.

Anyway, if you wanted to you can either download the game from the Nintendo eShop or get your hands on the Steam version for PC.