[Update:] Users on the Steam forums are being censored and banned for complaining about Capcom lying about the pre-order bonus containing Jill’s classic outfit from the original Resident Evil 3.

[Original article:] Whenever it was said that the changes being made to female characters in recent AAA games was motivated by Social Justice Warrior puritans, a bunch of Centrists™ would come out to defend the developers and art direction by saying anyone saying the characters were censored or toned down were “conspiracy theorists” or “just as bad as the SJWs”. Well, it turns out that everyone who was angry about the changes made to Jill Valentine in the Resident Evil 3 Remake keep being proven right, and not only did they change her default to something more conservative, they also altered her original mini-skirt and tube top pre-order DLC outfit by turning the mini-skirt into a skirt-short combo called a skort.

Jill’s Resident Evil 3 Pre-Order Costume IS NOT her original outfit. They changed her skirt to a skort. I guess the Ethics Department wins again… 🤦‍♀️ #ResidentEvil3 pic.twitter.com/24dbdYnyrA

If you need to see a larger or clearer image you can check out the screenshot below, where you can clearly see that Capcom’s art team decided to prevent users from looking up Jill’s skirt by putting her in a skort, which have shorts on the back of the skirt’s plication.

Basically, not only was Jill’s default purposely toned down, as admitted to by the art director, but they also retconned her original and iconic mini-skirt and tube top combination.

You can get a better look at the skort in action thanks to a video from Game Riot, who made a video walkthrough featuring Jill in the not-so-classic outfit.

Even some of the commenters noticed that Jill’s outfit isn’t right and that Capcom changed it. 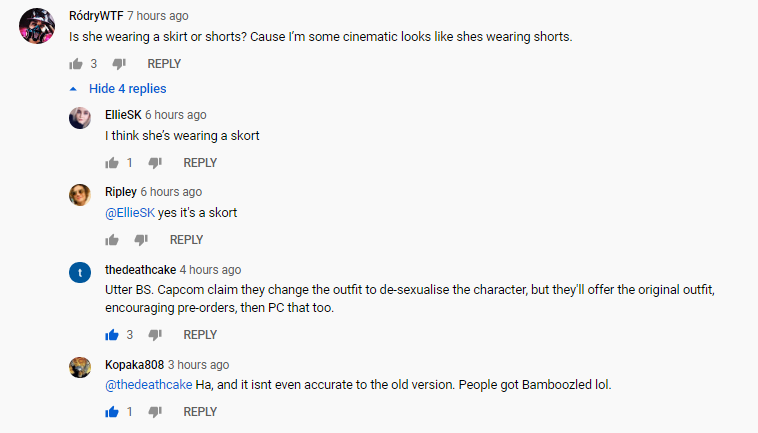 There’s also another video showcasing more details of the skort and zooming in on it so you can clearly see that she has shorts to prevent any upskirt shots.

The video was uploaded by WolfiePL Gaming.

To be honest I don’t know exactly how the Centrists™ will defend Capcom’s false advertisement of Jill’s classic outfit for the fact that they censored her classic outfit.

It’s not even like it’s a little bit of censorship, it’s a completely different outfit and they purposely changed it to accommodate the whims of Social Justice Warriors. 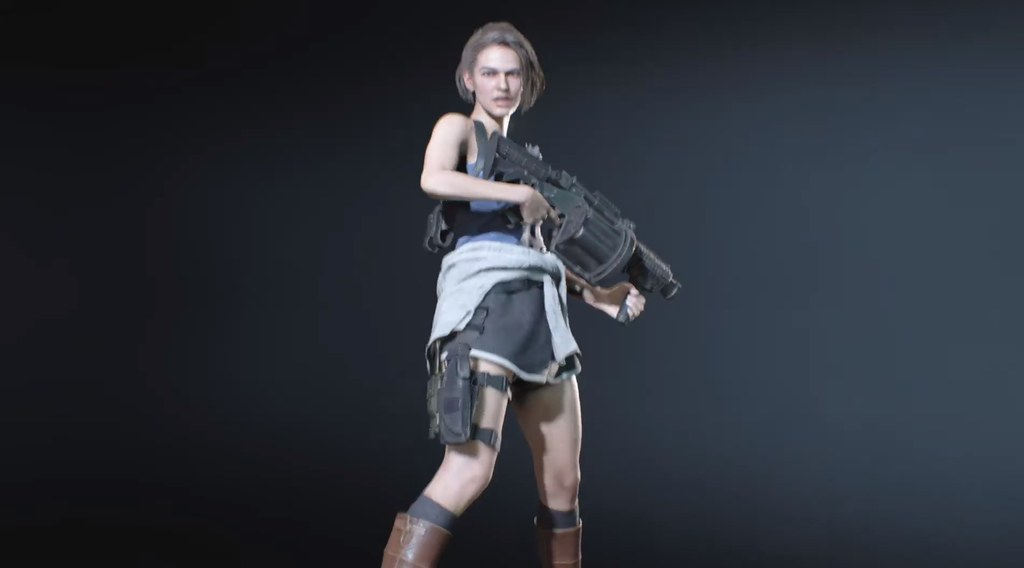 How many more times must Centrists™ be exposed before people finally realize that the industry is converged?

(Thanks for the news tips Mad Lucied, the Knight Blazer and Noriyuki Works)