Deep Silver and Volition Software announced that Saints Row: The Third Remastered is making its way to the Xbox One, PlayStation 4, and on the Epic Games Store for PC starting this spring, specifically on May 22nd, 2020.

Given that the game is going to be an Epic Games Store exclusive for a year, it means that if you already owned Saints Row: The Third on Steam, you won’t be receiving a free upgrade anytime soon… if at all.

The remake overhauls the lighting, the visual effects, the textures and the resolution. It looks like the game received a physically based rendering overhaul, but it’s hard to tell given that in the comparison video to the original the time of day is different, so it makes it impossible to see exactly what kind of lighting differences have been implemented other than more reflections, multi-directional lighting, and additional shadows, but you can check it out below.

According to the press release, they remodeled the weapons and cars, and retextured large portions of the city. In total, they reworked 4,000 assets.

Port house Sperasoft was in charge of the gargantuan task, and it will include all of the previously released DLC for the game in one package. That’s more than 30 DLC packages bundled into one.

To be honest, the graphics were never the problem with Saints Row: The Third.

The game looked about as good as it needed to at the time. 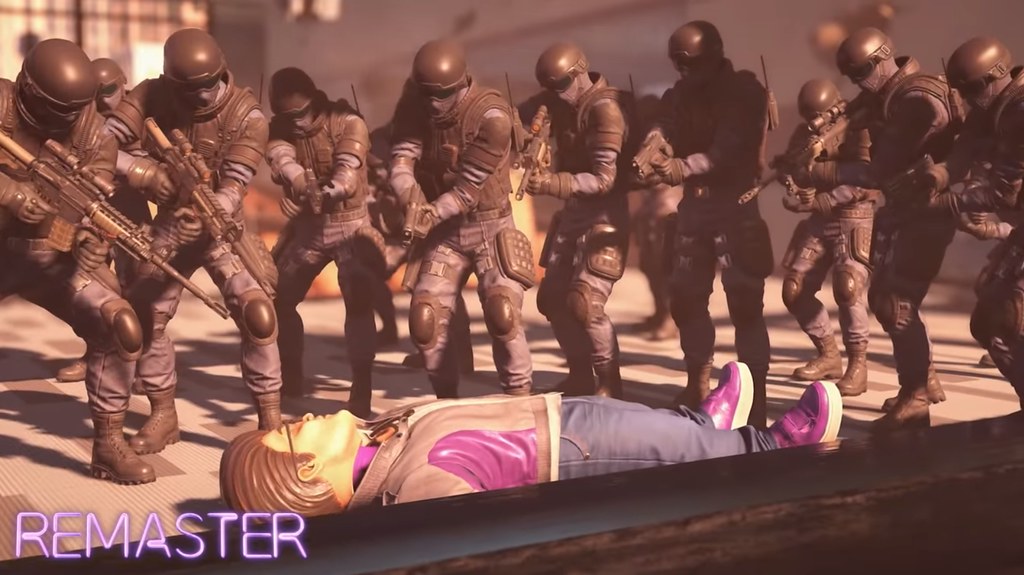 My biggest gripe with the third game was how it removed all of the mean-spirited grittiness from the second game, and downgraded the gameplay mechanics. They removed all of the different fighting styles and instead added a one-button QTE-style fighting system to the game, which was both lame and stripped control away from the player. They also removed a bunch of the other mini-games from the second one, such as the sewer truck mini-game or raiding the drug houses.

The thing that also really bothered me is how they toned the game down to accommodate the infantile whims of feminists. Back in 2014, Volition Software writer Steve Jaros virtue signaled how much more woke Saints Row: The Third was compared to Saints Row 2, and how they were getting even more woke for Saints Row 4, with The Escapist explaining…

“He pointed to a few recent examples of small ways he has tried to portray women in a more positive light. “It’s very minor but it means something to me. We never call a woman a ‘ho’ in Saints Row 4, we call them sex workers. We respect that that’s their position and we don’t take a cheap shot at them for that. It’s a minor thing, but it’s something … It’s the right thing to do.”

“Jaros also believes that the way major speaking characters are dressed is important, and that the team struggled with how best to represent them. “There’s a reason that none of the Saints Row characters ever get naked, it’s a conscious choice,” he said. “Viola and Kiki are sex workers in Saints Row 3, but they are the most covered up characters. They’re wearing turtlenecks, leggings and a skirt over leggings. They don’t show an inch of skin, and it was by design, because we didn’t want to sexually objectify them.”

This is why I stick with Saints Row 2, and why it’s one of the best open-world games ever made. It didn’t cuck out.