The ending for Final Fantasy VII Remake is highly controversial because it rewrites the events of the game’s lore, and sets the stage for the second episode to take a completely different route than what played out in the original game. Well, people aren’t too fond of this change, and the people who upload the ending are risking being sued by Square Enix if they attempt to challenge the publisher for issuing copyright strikes against channels for posting the ending.

YouTuber Shirrako – yes, the same guy who initially got attacked by SJWs and had his channel temporarily banned for posting a video of a feminist getting dragged around by an alligator in Red Dead Redemption 2 – posted the tweet containing a notice from Square warning content creators who received a free copy about posting content that they forbade in their embargo. The notice also threaten legal action for those who attempt to file counter-notices against Square’s copyright strikes.

Got confirmation that Square Enix is threatening to sue people that upload the ending of FINAL FANTASY VII Remake.

This is unforgivable, we bought the game and we’re not allowed to finish let’s plays/streams or we’ll get sued?

If you can’t view the full image of Square’s message to content creators or the tweet is unavailable, you can view the full message from Square Enix below. 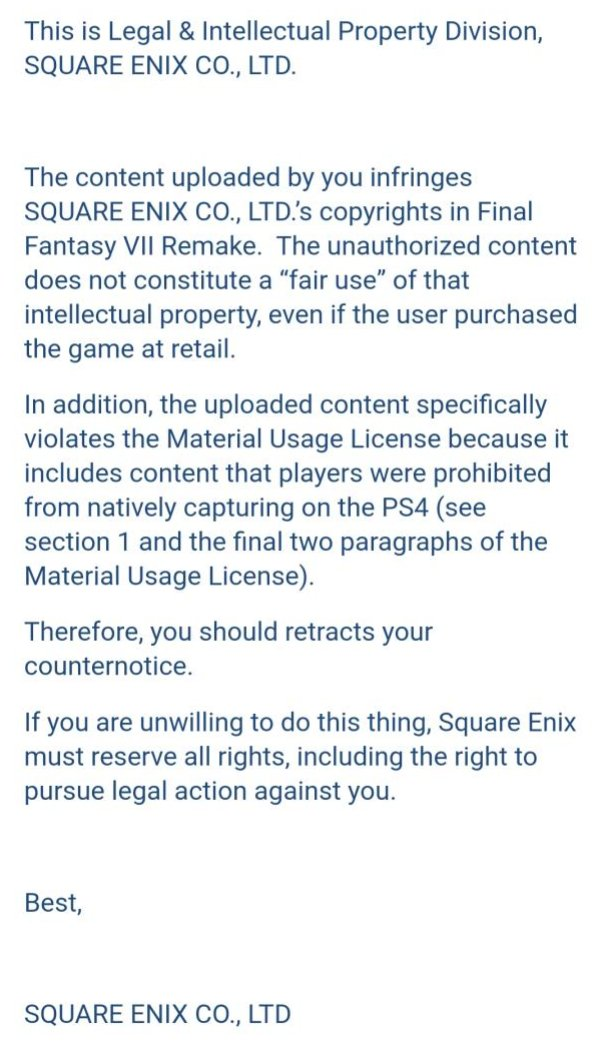 If you check Shirrako’s playlist for Final Fantasy VII Remake you’ll note that video 23 in the playlist is privated and not made available for public viewing.

Various other videos out there that used to contain the actual ending for the game have also been copyright struck by Square Enix. Even the video from Leon Evelak that we used in the article discussing the ending has been hit with a copyright strike.

Thankfully there are backups of the ending that you can view over on Catbox.moe.

His video has been available since April 16th, 2020. However, there’s no telling how long it’ll stay up before Square strikes it. 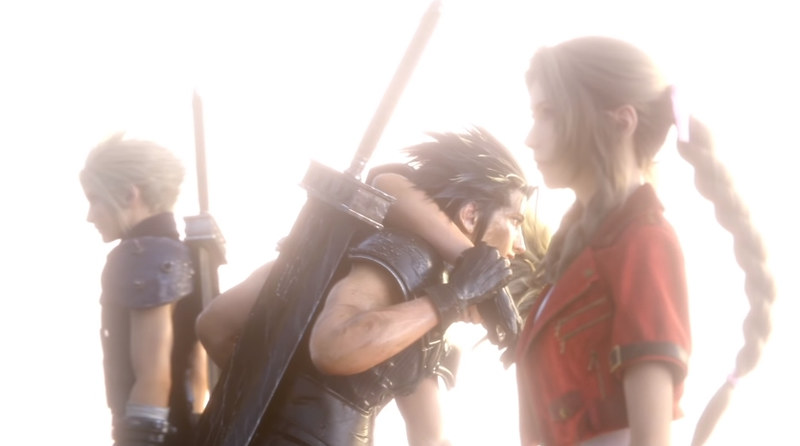 I don’t know how long Square plans on keeping up this copyright vigilantism against anyone who posts the ending for Final Fantasy VII Remake, but it really gives critics a huge leg up in being right about director Tetsuya Nomura changing a classic game to suit his own ego rather than sticking to making a faithful remake of a classic JRPG.

One thing is for sure, there’s certainly going to be a lot of chatter heading into the second episode of Final Fantasy VII Remake given that the has completely diverged from what fans expected. I’m also curious to know what sales will be like for the next entry in the series given that a lot of fans who wanted a proper remake are going to feel burned with how the first entry ended.