DC Comics is continuing to show that they really are chasing after the self-destruction bug that has bitten Marvel Comics. They’re doing everything in their power to ruin their brands with all of the same kind of Liberal Progressive nonsense that has taken over the comics industry – nay, taken over all of media. The newest dirge of degeneracy from the Liberal Progressive peons involves a new Suicide Squad comic where one of the leading characters is a hideous aborigine super hero made by a white male from Melbourne, Australia, who claims that we need more “diversity” in comics. Oh, and that hideous aborigine is accompanied by a non-binary flying character, and a female super soldier from Puerto Rico who literally has the body build of Arnold Schwarzenegger from the 1970s.

Australian outfit ABC.net.au did a deep dive on the comic book and the creators behind the woke take on the popular DC franchise.

The article explained how he started the project, writing…

“When Taylor was offered Suicide Squad, he saw a chance to introduce ‘exciting, diverse characters into the DC Universe’.

“’I want to create a whole new set of anti-heroes for today and I want them to be completely diverse, from all over the world and from all walks of life,’ he recalls telling his editor and publisher.”

Apparently all of the existing characters in the DC universe weren’t “diverse” enough, which is basically codeword for anti-straight white males. 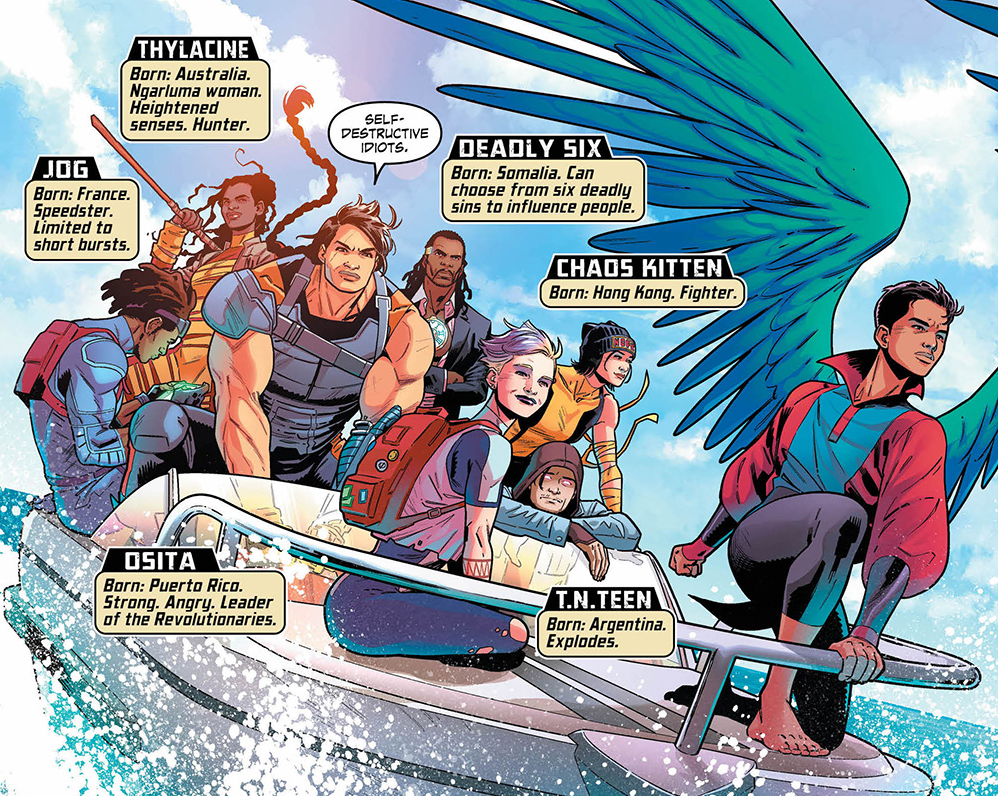 As you can see in the photo of the new members of the Suicide Squad, the only straight white male is Deadshot.

Taylor would go on to say…

“We want to tell stories about superheroes because we believe that superheroes serve a role in this world and we want the world to be a better place.”

“So often [with diverse characters] they’re the ones that get shunted, but these are superheroes we’re talking about — they have a responsibility to be heroes for everybody,”

Except Suicide Squad is supposed to be about villains!

YouTuber Nerdette’s Newsstand called out DC Comics for the wokeness and the absurdity of the matter.

The article focuses heavily on Thylacine, an aboriginal warrior that they claim they sought a lot of consultation on, specifically from actress Shari Sebbens.

In the article they write…

“’Everybody immediately associates the thylacine with Tasmania and extinction, but they existed all over Western Australia as well, right up through the Pilbara to Ngarluma country,’ says Sebbens.

“She says it was important that everything from the character’s name, ancestral land, skin colour and abilities were grounded in a specific and real connection to ‘where the [thylacine] creature could come from in contemporary Australia’.

“’We chose Corinna [as Thylacine’s civilian name] as a way to acknowledge the thylacine’s place in Tasmanian Aboriginal history and culture,’ says Sebbens”

The inclusion of the character has actually caught the ire of people who know a thing or two about anthropology and called out the creators on Twitter.

Lol thylacene are extinct and tasmanian. The Tassie tribes like the Thylcene were wiped out by massive pressure from Europeans. The pilbara is as far as you can get from tasmania without being in the ocean. Pilbara tribes have strict laws on bloodmixing and referring to the dead. https://t.co/oCkvTDP6N1

What a surprise melbournite, here’s a qq you ever spent much time in the pilbara? pic.twitter.com/CmOnEaZOL6

I guess if you thought gay Alfred was bad, or Snowflake and Safe Space were embarrassing, you can now add the LGBTQIA+ members of the Suicide Squad to the table with their token aborigine heroine who looks like a mentally invalid anorexic man who escaped from the soup kitchen of a homeless shelter after being promised a few dollars to dress up in drag. 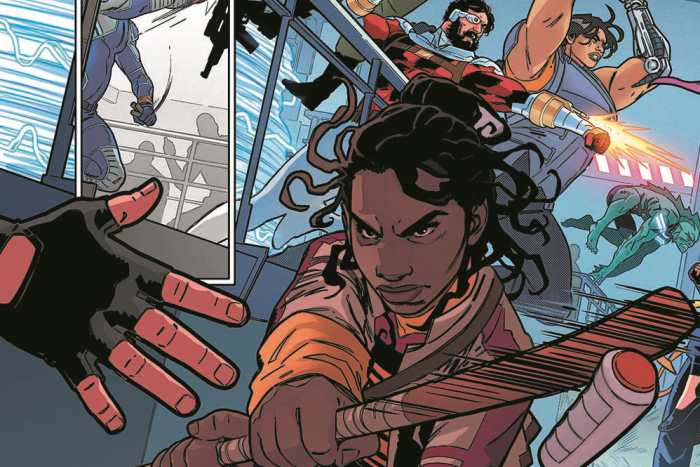 I highly await to see what the sales figures will be like for this woke iteration of Suicide Squad, because I’ve got this inkling that glimmers in the pit of my soul that we’ll be adding this new woke take on the popular comic to the Get Woke, Go Broke Master List sooner rather than later.

(Thanks for the news tips Reina Todoroki and Ebicentre)