Andrew Pixel announced that he has a new SMBX project in the works, Super Mario Khroma. It’s based on Super Mario Bros. 2, but features many levels, sprites, and wacky designs taken from other 2D Super Mario games.

In some ways the over-the-top and unique level setups remind me somewhat of how Pagoda West created all new content for Sonic Mania, giving a new spin on old 2D levels from the classic Sega Genesis era.

The new trailer is just a minute and a half long, but it gives you a very keen idea on what to expect from the platforming adventure.

To be honest, if no one told me that it was a fan-made game I would have assumed this was some wacky set of levels made in Super Mario Maker 2 or something.

The basic gist of the plot is the same as most other Mario games: Princess Peach was captured and it’s up to the red hat-wearing plumber to save her.

He mentions that there’s an additional plot twist to the game, but doesn’t say what it is. 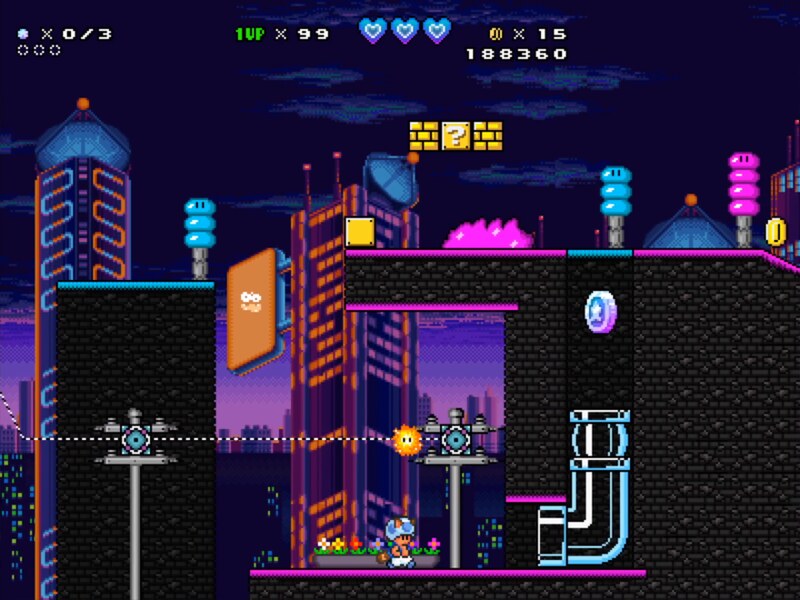 According to the description, it’s very similar to the gameplay of Super Mario World, but with eight worlds to play through, a special world to unlock, and all new levels to conquer.

You’ll be able to play as Mario, Luigi, or Toad, and uncover secret exits, secondary levels, and all new shortcuts.

It all looks like it’s coming along quite nicely, and hopefully Nintendo doesn’t catch wind and shut it down.

The project is still a fairly long ways off from release since Andrew hasn’t even started working on the world map yet, even though some of the levels are already being fleshed out. If you’re looking for an interesting Super Mario Bros., and don’t want to buy a Switch to play something fresh and exciting, you can keep your eye on this upcoming fan-project.