Coalfax is a website that lists and details women who betray their heritage to dabble in the darker side of what life has to offer. It’s a database useful for men to find out if the woman they’re dating (or seeking to date) is someone worth settling down with; it’s a place to find out if a woman is trustworthy, loyal, or committed to raising a loving, honest, clean household. Well, Social Justice Warriors hate the website for posting nothing but publicly available facts, and went overboard in trying to deplatform the website, even from a Russian registrar.

On May 12th, 2020, the site administrator, ThotPatroller, made a post on the Coalfax.ru website that Lefties, Liberals, and Social Justice Warriors were trying to get Coalfax deplatformed, writing…

“We are being suppressed!

“Even though Coal Fax is not breaking any laws we are under constant attack! Liberals want to end freedom of speech, I will not allow them to win!

“Expect a back and forth battle over the next couple of weeks. Precautions are being taken to ensure we are always up and running.

”Follow us on Gab to stay up to date with what is happening.
https://gab.com/coalfax

“To the social justice warriors and roasties trying to silence us, if you are seething over this wait until the onlyfans version is launched in a few days.”

Days later the web host dropped them and the Russian registrar that they had signed up with axed their account.

If you attempt to visit the site now, the Coalfax.ru domain turns up an error. 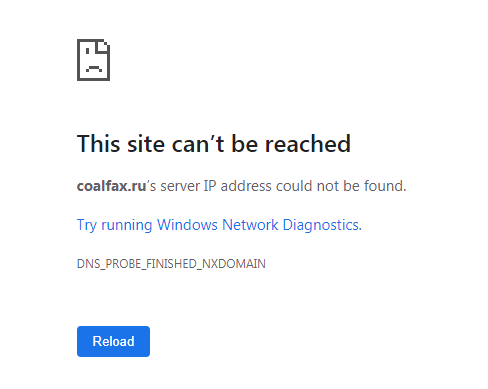 On May 17th, 2020, the Coalfax administrator notified those on 9chan.tw’s /BestPol/ board that not only has Coalfax.ru been shuttered, but the domain hosts also had their backups such as Coalfax.su shut down as well. This is in addition to having the .com version of the site axed, too.

Effectively, Social Justice Warriors are trying to ban Coalfax from being present anywhere on the open web.

“We will be back. Here’s what happened.

“About 36 hours before it all went to shit our hosting provider asked us to stop using their services. I had only been using them for 10 days, and this is normally a host who doesn’t give a shit.
Then while I was looking for a new host, our domain starting being taken offline. The registrar typically doesn’t stop providing service unless Russian authorities get involved. It only took them two weeks to get tired of coalfax.

“The coalfax.ru domain is officially suspended like our .com domain was.

“I tried to expand too quickly and was working on the onlyfans registry while not making sure coalfax was stable enough to exist.

“In only two weeks I went through 4 hosts and 2 domain registrars. Even though I never supported any violence or anything related to National Socialist propaganda, they all assumed I was.
Even 8chan and dailystormer didn’t go through this much censorship. I am not in any way saying I am affiliated or supporting of these sites, they are simply examples of other sites who went through similar censorship.

“Difference is they existed for years before their censorship happened, coalfax existed for two weeks.”

Well, 8chan was encountering opposition once it became a temporary home for #GamerGate after the anti-corruption movement was banned from 4chan, as detailed by Rolling Stone.

In fact, 4chan has also banned any mention of the Coalfax domains. If you bring up the site in any capacity you will be banned. 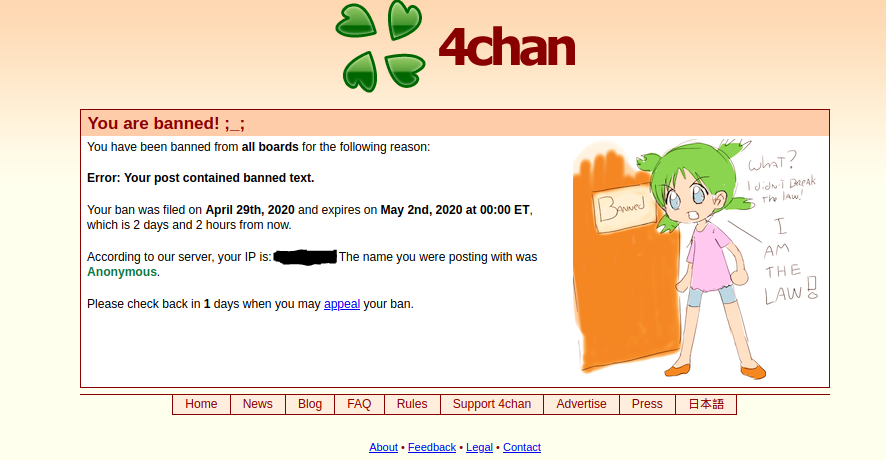 That lets you know just how converged 4chan has become.

The fact of the matter is that Social Justice Warriors hate inconvenient facts; they hate statistics that point out that their ideological slaves aren’t wholesome, they hate CDC numbers that reveal certain alternative lifestyles are hazardous and detrimental to living healthy, and they hate when you point out that some women like playing in the mud with sharks.

Part of the hate for Coalfax is that some prominent Liberals are featured on the site, such as popular YouTuber ShoeOnHead, or Instagram makeup artist Ana Gosheva.

Unfortunately the entire database for Coalfax is no longer available, and the partial mirror site at coalfax.me only allows you to browse the main page.

But ThotPatroller is already looking to bring the site back and there are even similar sites popping up that expand into e-thot territory, such as Thotfax.ru.

In the 9chan post he explained that Coalfax may come back as soon as the end of May, writing…

“[…] With all that said, I’ll be giving it one more try. The anger from roasties and seeing all the leftists applaud thinking they’ve won has annoyed me.

“I’ll be on a hiatus while I research proper hosting and registrars. We’ll be back by the end of May at the latest.

“In the meantime I see there are many clones already being created. The more of these sites exist the harder it will be for all of them to get taken down.”

The fact that Liberals, Lefties, Progressives, and Social Justice Warriors (along with their Centrist™ defenders) seem intent on taking down a site that only posts publicly available information makes it known that uncomfortable facts truly do make them seethe.

It’s funny because a simple solution for not ending up on Coalfax is to not engage in activities where you have to pay the toll. Otherwise, why rage?

(Thanks for the news tip QuickShooterMk3)