Nutaku dating and town management simulator College Life is currently in the pre-registration phase of development. Gamers interested in the pixel-painted adult sim can sign up right now and receive a number of different multi-tiered rewards.

The general concept behind College Life is that you’ll have to build up the surrounding town with shops and stores, while also helping the lads land some hot chicks along the way.

Each of the girls in the game have their own preferences and styles, and so you’ll have to woo them over and deck them out with gifts, attire, and other goodies to open yourself up to their affection. Once things get hot and heated enough, you’ll be able to unlock a steamy sex scene with that girl.

College Life has a wide variety of different girls to choose from and court, attempting to capture the various fetishes of the gaming audience at large that browse through Nutaku’s content.

The gamut covers the pale chick with red hair, the fair-skinned strawberry blonde loli, the eye-patch wearing Gothic-lolita, the eccentric painter, the nerd, the tomboy (who isn’t gay), the girl next door, the teacher, the ditzy bimbo and just about everything else in between.

There’s a NSFW trailer of the game available for viewing, which you can check out below. 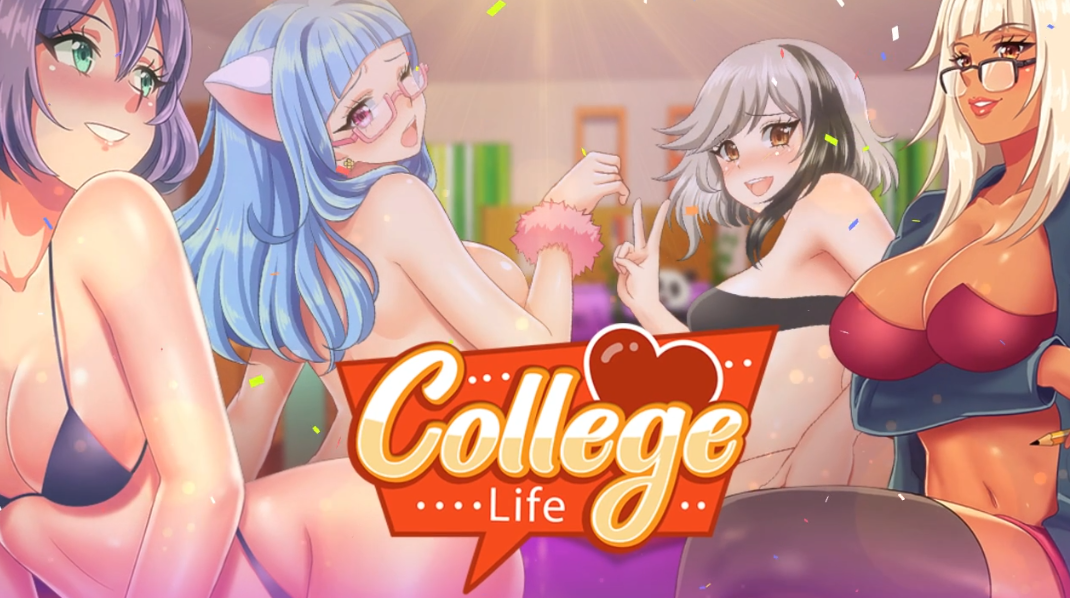 I’m kind of shocked that this is a game themed around just finding hot chicks and banging them. So many H-games these days are steeped in a lot of annoying virtue signaling and the whole promotion of the LGBTQIA+ lifestyle. It’s nice to see that there are still some wholesome H-games out there.

If you’re interested in the college-themed dating sim and town management hybrid you can pre-register ahead of the game’s official release by visiting the Nutaku page for College Life.