A proper retro action game made by Easy Trigger and published by Coffee Stain Studios called Huntdown is scheduled to release this month on the Xbox One, PlayStation 4, Nintendo Switch, and on the Epic Games Store for PC starting May 12th.

The game is a throwback to old-school 1980s action movies, complete with a cheesy two and a half minute trailer filled with puns, guns, blood, and unbridled violence.

There are three playable characters and two-player co-op jam-packed into one massive action game. You can check out the trailer below to get an idea of what to expect from this explosive throwback from the yesteryears made for [current year].

The intro segment for each character is hilarious and the artwork is actually quite top notch.

It looks very similar to the 16-bit stylings of David Bishop’s work on Robocop Vs Terminator for the Sega Genesis, sporting those dithered dark hues and cyberpunk aesthetic that was so popular back in the 1980s and early 1990s.

Some of the cut-scenes look really impressive in Huntdown, too, proving that the developers are actual fans of retro games and not just trying to ride the wave of hideous faux-8-bit pixel graphics seen in so many hipster titles coming out of government-grant studios from San Francisco, California, or Portland, Oregon. 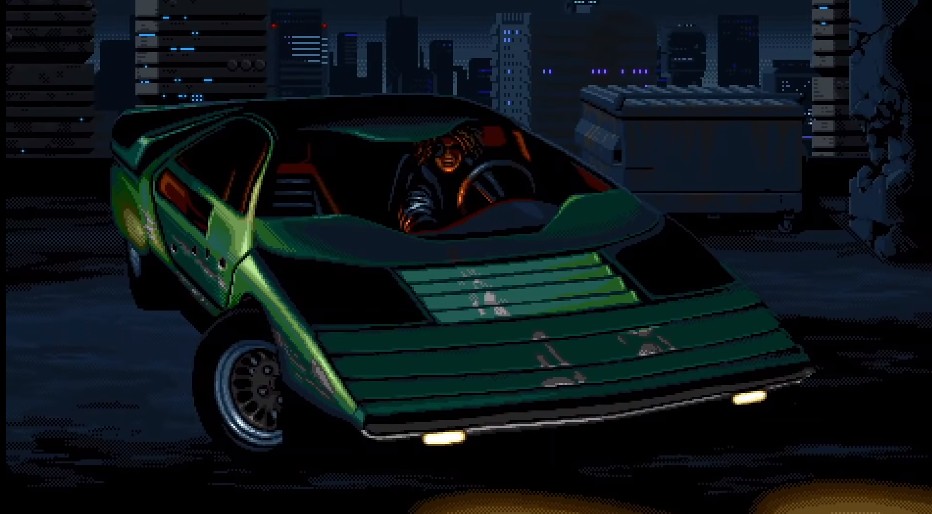 The downside, however, is that the lead of the three bounty hunters is pretty much mirrored after the sassy-mouthed, strong, independent black woman who don’t need no man.

I cringed, and I cringed hard.

However, the other two characters are pretty cool.

We have a half-cyborg and a full android to round out the trio of playable characters.

Two of the three characters can be selected by up to two players to take on the various gangs in the crime-ridden future. 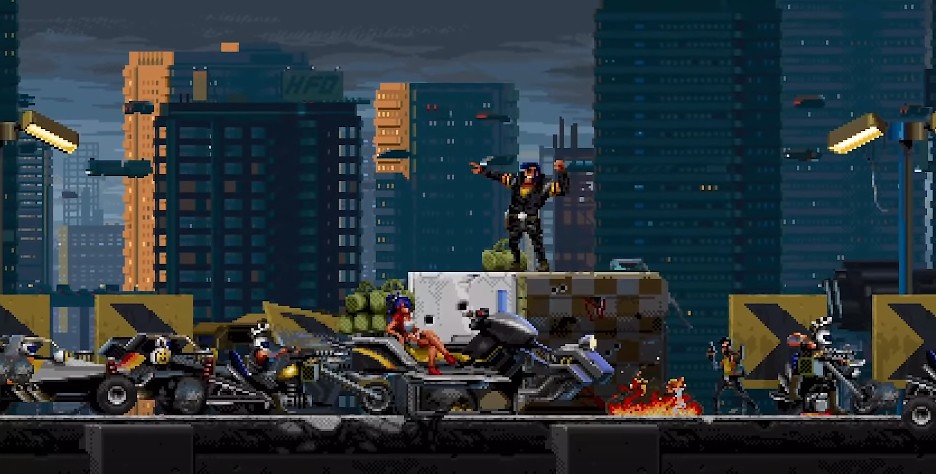 Each gang is mirrored after popular villainous groups from movies such as Mad Max, Savage Streets and The Warriors.

The most impressive thing about it, though, is just how much the developers at Easy Trigger managed to capture the look and feel of a cyberpunk society.

Some of those shots are straight-up amazing.

The one clip where they get out of the cars and you see a hover tram whizzing by while the ad-blimp is flying past the rooftops; cloud-kissing skyscrapers loom ominously in the background like trees in a concrete jungle – it’s gorgeous. 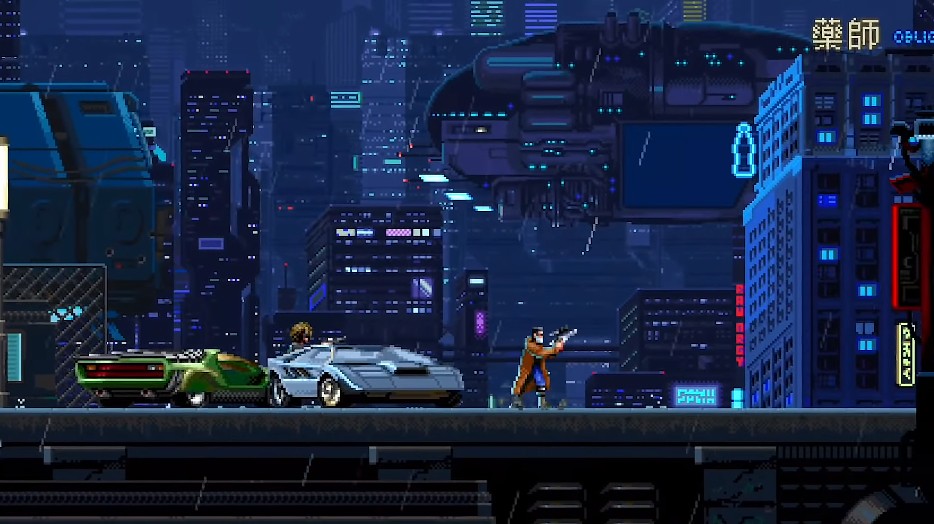 Hopefully the game isn’t filled to the brim with pozz, because that would be a real shame.

Nevertheless, you can look for Easy Trigger Games and Coffee Stain Studios’ Huntdown to arrive on May 12th for home consoles and on the Epic Games Store for PC.