Sleepy Head Productions is working on a new isekai visual novel where a young boy living in a broken home wishes to experience a different kind of life, and one day his wish is granted… only it’s not quite as he imagined. He’s transported to another world as a dragoness.

I Have Reincarnated As A Dragoness is an R18+ visual novel where you can romance monster girls and bang them.

The main character is given a dragoness body, and he basically gets to go after and romance other monster girls.

You can check out the campaign pitch video below.

I’m kind of surprised this was allowed on Kickstarter, but then again it’s a yuri visual novel, and depending on how the content is depicted will determine whether or not it’s accepted or rejected by the arbiters of crowdfunding.

They typically allow yuri visual novels on their platforms if there isn’t a lot of sexual content present, or the content isn’t specifically designed to appeal to straight males. You’ll find a lot of yuri visual novels being approved for release on Steam lately where the sexual content is either subdued or non-present, like Oracle and Bone’s A Summer’s End: Hong Kong 1986, which is an SJW-friendly take on the yuri genre and lacks any sort of tantalizing or pornographic content.

And before any of you Centrists try to defend the game as not being woke, this is the message the developers put in to virtue signal how woke they are.

As for I Have Reincarnated As A Dragoness?!, one would hope that they’re targeting an actual audience of gamers who are interested in an R18+ visual novel and not the rainbow flag-waving, pronoun-in-profile spergs that propagate Twitter.

In any case, if you have reservations about this new title you can download the demo to find out more about I Have Reincarnated As Dragoness?! by visiting the itch.io page. 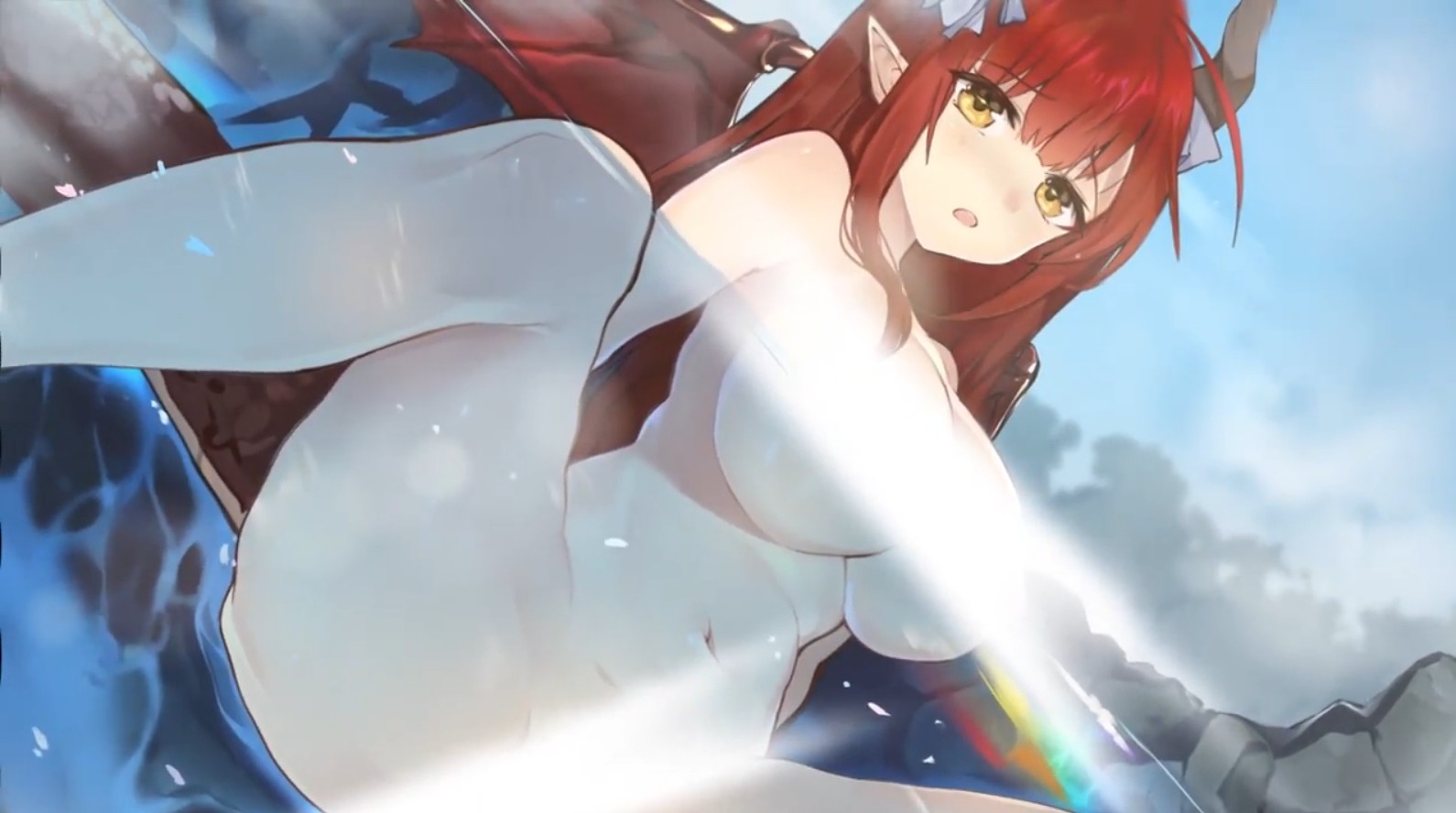 The demo is very much NSFW and contains R18+ content, so you can see for yourself if it’s up your alley.

If you want to support the game you can do so by visiting the Kickstarter page.

Sleepy Head Productions don’t plan on completing the game until 2025. So it will be a long ways off before you see the finished product.