Flat Chest Dev’s Lucy Got Problems originally released on Steam way back in 2018. The all-ages version of the game was allowed on the Steam store back then. However, the R18+ patch was made available off-site to avoid any complications. Well, I don’t know how they did it, but two years on and the developers convinced the gatekeepers at Valve to allow the R18+ patch to be made available on Steam… for free.

You can download the R18+ patch as a DLC add-on from over on the Steam store page.

Alternatively, the uncensored version of Lucy Got Problems can be acquired from over on Jast USA’s store for $7.99.

So the big question is, why now?

Well, according to the developers, since Lucy Got Problems was made available with different language support and certain versions of the patch aren’t compatible with other versions of the game, there were gamers who had run into compatibility problems and weren’t able to get the R18+ patch to work correctly. Hosting the patch on Steam circumvents all of those problems, and allows anyone from any region where the game is available to apply the patch no matter which supported language they’re using.

Perhaps that was the reason why Valve allowed the patch to be made available on Steam? 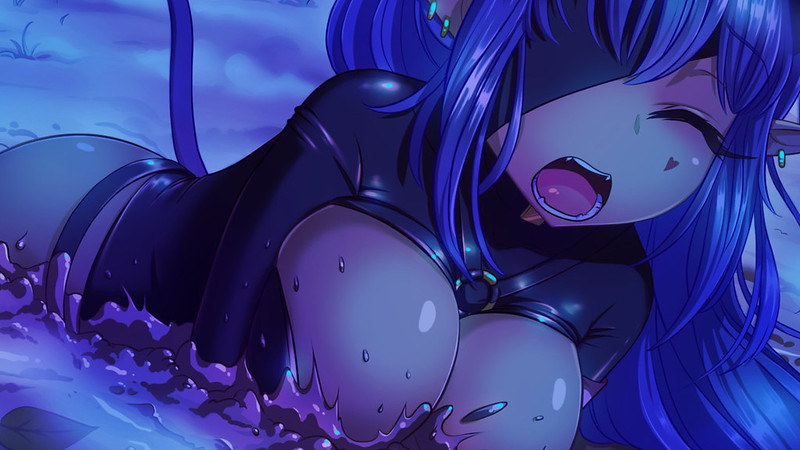 Anyway, as you all know it’s a complete toss-up when it comes to Adults Only games on Steam, or even all-ages versions of anime-style visual novels. Some games have been banned for some of the silliest of reasons, while other games have been given the axe all because Valve perceived that one of the characters was a loli or a shota.

It’s as stupid as it sounds and plenty of completely innocuous games, such as The Key To Home, have been banned due to Valve’s “Taste Police”.

In any case, Lucy Got Problems is currently available right now, along with the free R18+ patch.