It’s unclear if the account was self-deleted out of mental preservation, or if some compromising content were fondled out of the privacy of the account owner and into the clammy, obese hands of a ResetEra member threatening to release said contents if the account wasn’t shut down, but one thing is for certain: ResetEra Takes is gone.

On the balmy eve of May 19th, 2020, the night air tickled the skin of quarantine defiers while all those kept indoors were looking for a small slice of entertainment, preferably of the mocking and cynical kind; something curt and snappy from the den of degeneracy known as ResetEra. What better place to get it than the Twitter account known as ResetEra Takes?

If you attempt to follow the ResetEra Takes account to the game @ReeraTakes, you’ll be met with the following message. 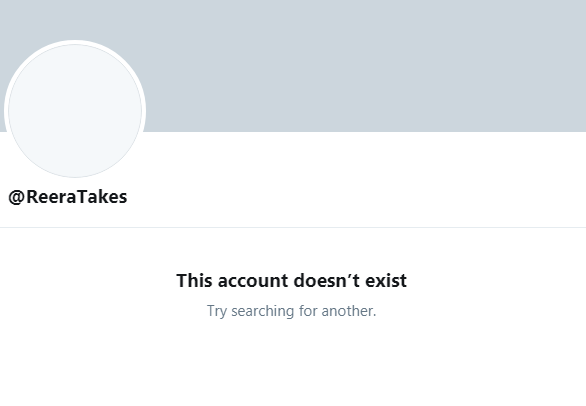 As you can see, it does not say the account was suspended or terminated for violating Twitter’s terms of service. Instead it simply states that the account no longer exists, which means it was deleted or removed by the user.

The prevailing notion from the Twitter crowd is that ResetEra Takes finally had enough and called it quits, similar to the account known as Shitty Gamer Takes, which was an anti-gamer propaganda feed designed to harp on real hardcore gamers and true gaming culture.

Went the way m00t and the cripplekike, just couldn’t handle what they created.

The “hot takes” account was formed back in spring of 2019 to share censorship, racism, and regressive woes swirling from the depths of the most deranged members attached to the morality-forsaken forum. It has consistently posted said “hot takes” up through 2020, just until the account went bust on May 19th.

Now don’t take it too seriously, it’s entirely possible this is a Suzy Lu situation to garner attention and some hot topic takes on Twitter to rally the usual suspects.

It’s not above attention-seekers to feign deletion for a bit of loving from drama-seeking simpletons. But we’ll see if this is a legit deletion or not if the account stays dead for more than a week.

(Thanks for the news tip Din Djarin)