Degeneracy comes in all shapes and forms, and one such form of it is the addition of furry icon SonicFox being added to Reverge Labs’ Skullgirls as an official NPC character in the background of the training level. The developers are basically openly mocking their fans after betraying them by censoring the fan-service and removing the panty shots. This here is yet another notch on the yardstick of denigrating hardcore gaming culture. Thankfully, there is a temporary fix in the form of a mod that will allow you to remove SonicFox from the game, which will likely cause all of the degenerates on Twitter, ResetEra, KiwiFarms, and Reddit to “Rheee!” fitfully into the night.

Steam user Hellrot-chan posted a Steam guide to help you remove SonicFox from the PC version of Skullgirls based on a suggestion from user Rouzel.

As explained in the guide…

“In 2020 it is still completely normal to dislike a public figure, for one reason, or another.

“Whatever your reason, you have the choice to remove SonicFox by using a modified Level Textures file. It has the NPC’s texture file replaced by null.”

For those of you unaware of what he’s talking about, you can see SonicFox in the training stage with the image below. 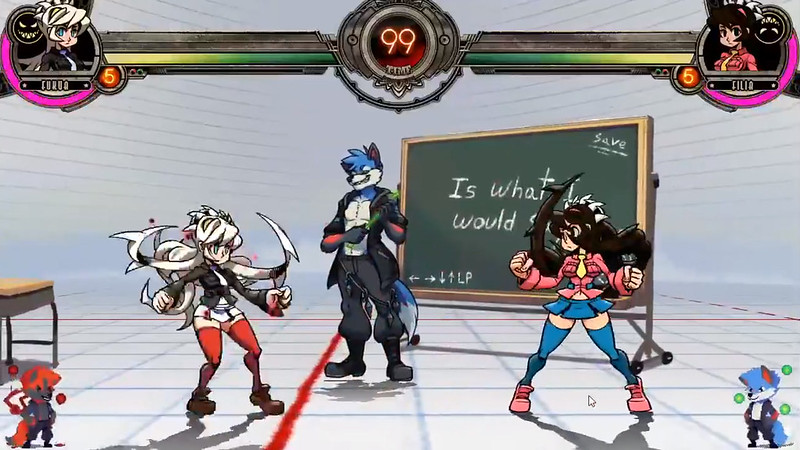 You can download the mod to remove SonicFox from over on Google Drive.

Simply copy and paste the contents of the file into the game’s directory and overwrite the existing file.

You’ll need to put the contents in the data folder located in: Steam\steamapps\common\Skullgirls\data01

You can even play the game online without any problems whatsoever, avoiding desynchronization or incompatibility issues.

Meanwhile, Steam moderators are banning users who speak out against the inclusion of SonicFox into Skullgirls. User Shikikun was banned on May 22nd, 2020 after making a thread where he expressed disgust at the idea of the furry being added to the game.

Others are making sure their voices are heard while the moderators attempt to clasp down on dissent. On May 23rd, 2020 Big Snake wrote…

“I’m genuinely sad that they decided to add sonicfox to the game.

“He is genuinely one of the most cancerous people in the fighting game community and he is a garbage human being. It’s sad to know that he is in such a prominent role in a game I like so much. Yes, the training room is an important part of the game.

“You devs should know by now that pandering to such people will not bring in sales and only drive already existing players away from the game, maybe not too many but you’ll just be bumming out people for no gain. The kind of people you are trying to pander to mostly don’t even play games, only cry about them on the internet.

“Of course this won’t make me stop playing the game but this is honestly such a stupid thing to do of the devs. I sincerely hope he is removed at some point.”

Others, however, are a lot more resolute and have even asked for a refund because they have a zero-tolerance policy for supporting degenerates.

“I bought all this game all the way back when it originally came out but now I want a refund because ♥♥♥♥♥ sonicfox and everyone who associates with him if not I’ll just remove this game from the library, it sucks anyway and rollback netcode is the only redeeming feature”

There are a number of cuckolds, enablers, and Centrists™ running to defend Reverge and SonicFox, but normal people are tired of degeneracy taking over their favorite hobbies.

Gamers have had enough, and they’re doing something about it.

(Thanks for the news tip Nei)