Nitroplus and Jast USA managed quite the feat of being able to secure a release of the romantic visual novel You And Me And Her: A Love Story on Steam. The game is set to launch on May 25th, 2020 at the end of the month on Valve’s highly restrictive platform when it comes to visual novels aimed at straight males, but the visual novel is currently available in all its uncensored R18+ glory on the Jast USA store.

The visual novel is currently available on the Jast USA store for $34.99, but during the launch period the game is discounted by 10% off, so you can grab it for just $31.49.

I’m kind of shocked the game is allowed on Steam given that many of the software curators at the company are quick to nix any visual novel or anime-style game set in school, and clearly this trio of rivals-turned-lovers is set in a school. Apparently Nitroplus knows the right person at Valve to avoid the “Taste Police” at the company.

Anyway, the game is about Shinichi attempting to help an outcast named Aoi. He beseeches Miyuki, the most popular girl in the school, to help aid him.

Things start fiery and contentious at first but all of that changes as players are given control of Shinichi’s actions that will determine how the budding romance between the trio plays out.

It’s like the weeb generation’s version of Pretty In Pink but without the awesome 80’s fashion or music. 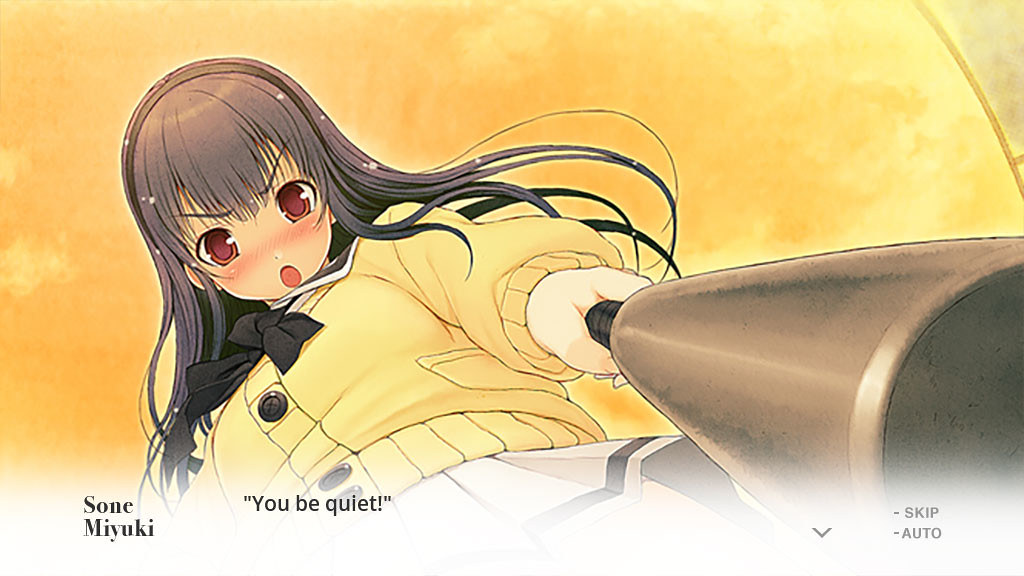 Anyway, I’m sure that the developers are just happy that the game didn’t end up on the Waifu Holocaust list.

You can look for You And Me And Her: A Love Story to arrive on the Steam store starting May 25th or pick up a digital copy right now from Jast USA.