Tencent and Lightspeed & Quantum Studios announced that they have a new game in the works set in a cyberpunk society in the year 2035. The new promotional trailer for the upcoming Chinese-made game revels in the fact that it’s all running in-engine within Epic Games’ Unreal Engine 4.

The three minute video walks through some of the basics of the game world, character customization and visuals powering Code: Syn.

You can check out the video below, courtesy of FreeMMOStation.

As showcased in the video, you can alter your character’s face, makeup, hair-style, hair-color, and clothing attire.

You can also modify the colors and livery of their robo-powered pet(s).

You also have access to vehicular customization, complete with waifu liveries. 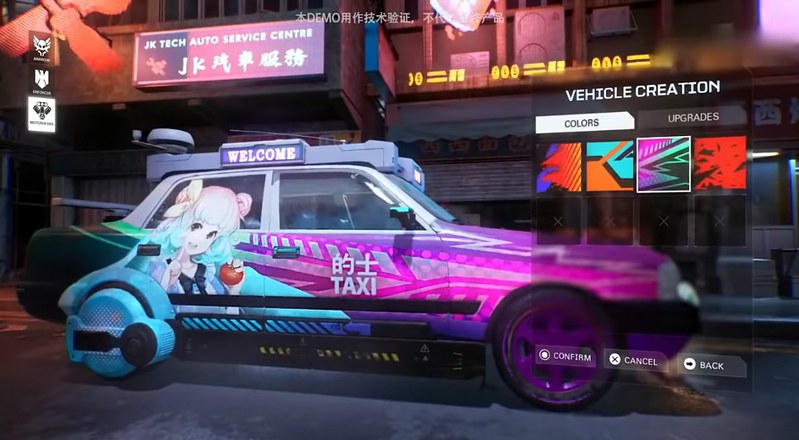 As much as Tencent is a scum-sucking, corporate leech that is ushering in Chinese Communism to the rest of the world by buying up all the major software properties that influence the globe, I do have to admit that at least they understand what gamers enjoy.

How hard could it be to make a game people actually want to play? For CDPR it’s pretty hard given that their upcoming game is nothing more than Left-wing agitprop filled to the brim with degeneracy and filth. At least the Chinese know how to make hot chicks that look bang-worthy.

As for Code: Syn, I don’t know how well it will control, how well it will integrate the role-playing mechanics into the larger scope of the game world, or how much depth the customization will contain, but from the outset the basic elements look righteous, and the chicks are all hot. I can’t complain too much. I just wish it wasn’t Tencent that was at the helm of the project.

(Thanks for the news tip Romangelo)