The streaming series Cracka is set to debut on Amazon Prime, iTunes, and Google Play, and the first promotional trailer for the controversial project has been met with a of proper pushback from right-minded people with common sense who hate propaganda used to proliferate racism against whites.

The minute and a half long trailer attempts to utilize the death of George Floyd – even though the original autopsy indicated that Floyd did not die of asphyxiation, as reported by OAN – to further proselytize their agenda.

You can see the trailer for yourself below.

I wonder if the show will address that the first slave owner in America was black? Or that Africans sold other Africans into slavery? Or that more blacks commit more crimes against blacks than whites do?

The likely answer is “No”, given that the show seems more about browbeating people over the head with falsehoods and myths more than anything. White Nationalism is basically non-existent at this point in America, and if you look at the FBI stats, more blacks commit more crimes against whites than whites commit crimes against blacks, as reported by White Privilege Isn’t Real.

It should come as no surprise that majority of YouTubers also agree that the show is nothing more than anti-white race-baiting, which is why they rightfully downvoted it and left some eye-opening comments. 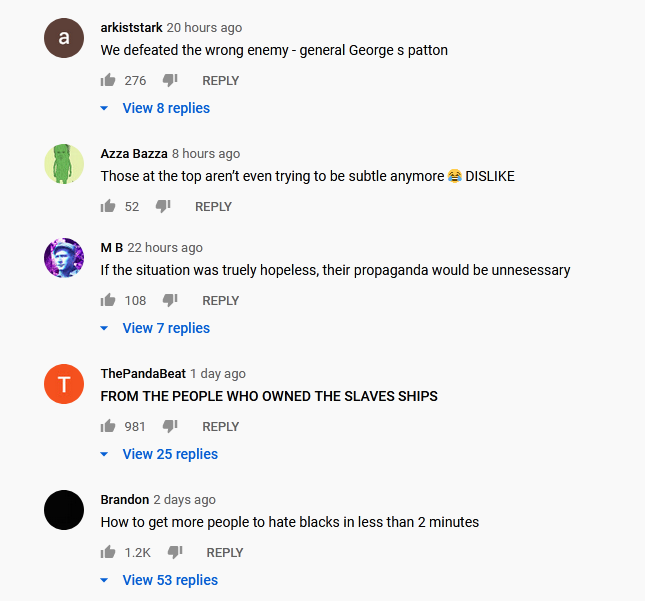 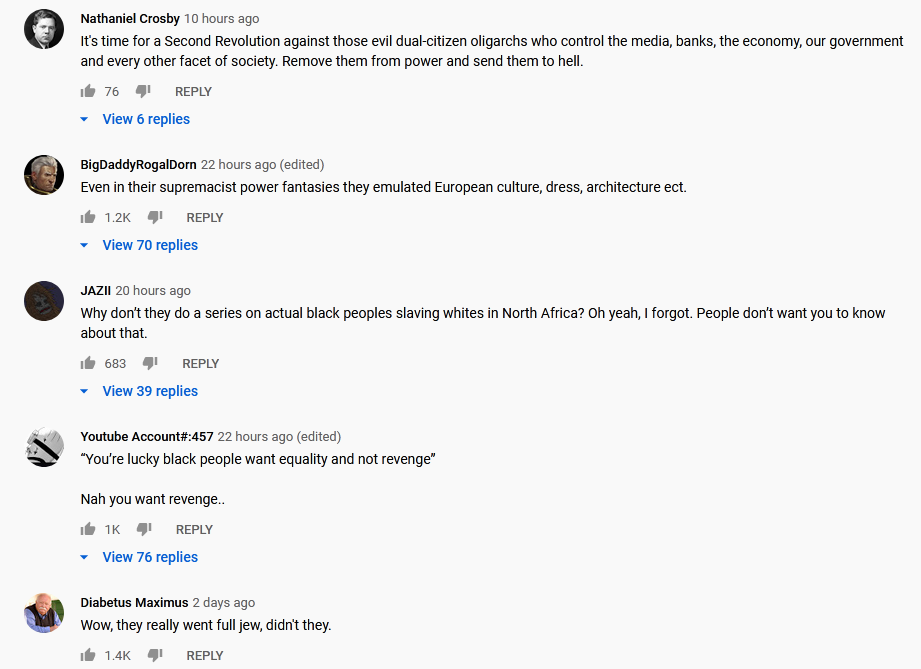 This is very similar to the other race-baiting show that was hosted on Amazon called Hunters, where they once again tried to rally more racism against whites.

If this sort of propaganda was levied against any other race there would be calls for censorship and bans; and yet this sort of anti-Western, degenerative propaganda is allowed to air in our current day and time?

At what point do rightful citizens of the sovereign nation finally say “Enough!”?

(Thanks for the news tip Shadow Dancer)