Fan-service is in short supple these days due to Sony’s censorship policies. Centrists™ continue to defend the censorship, saying “They’re a private company, they can do what they want!” and “Fan-service doesn’t affect the gameplay, so who cares?” all while censorship continues to escalate and some games and software, such as Omega Labyrinth Z and Super Seducer outright get get banned. Thankfully, some studios are still sticking to their guns; still sticking to the principle of promoting big anime boobs, such as Koei Tecmo and Gust’s Fairy Tail, which is due for release on July 31st, 2020 for the Nintendo Switch, PS4 and PC.

The fan-service isn’t really overt like Senran Kagura or other Marvelous produced titles, but the big boobs are still present front and center at various points in the release date trailer and gameplay trailer for the traditionally made 3D JRPG.

You can check out the Japanese gameplay trailer below, where we get to see a few characters with their swimsuit-clad boobs taking precedence in a few frames due to the transformation skill, as well as some alternate costumes being on display to give you a glimpse at some of the fan-service gamers can indulge in. You can check the trailer out courtesy of PlayScope Trailers.

There’s also the release date trailer, which also features some fan-service inter-mixed with some combat, special attacks, and some of the story scenarios that gamers will encounter along the way.

You can check out the release date trailer for yourself below.

There are a few scenes where we get some clear shots of the bubbly female cast and their bountiful assets on display, in particular at the 28 second mark, as well as the 36 second mark, where not only are some balloon-sized boobs front and center but the deep cleavage that dips further than the Marina Trench absorbs the viewer’s attention.

You’ll never see cleavage like that in any new Western-made AAA title. 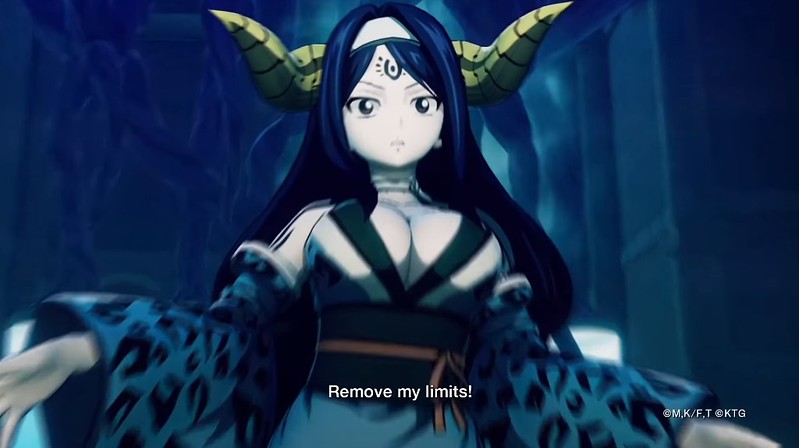 All the “females” in recently made games are hideous looking trolls, deformed abominations, or trans-equivalent freaks, like that Abby thing from The Last of Us: Part II.

This degenerate wretchedness has overtaken the Western development ecosystem, so don’t ever expect to see pretty women in Western-made games again until the entire industry collapses. In the meantime, your only hope is to support developers and publishers that still promote traditional values: such as there are only two genders, or putting sexy women at the forefront of games, or scantily clad female warriors, or copious amounts of big jiggly boobs, or thong-clad female fighters, or tons of exposed cleavage and eye-catching decolletage.

Anyway, Fairy Tail is due out for PS4, PC, and Nintendo Switch, but only support the Switch or PC versions of the game if you want to send a message to pro-censorious corporations like Sony.

You can learn more about the game for Nintendo Switch over on the Nintendo eShop.

Alternatively, you can learn more about the game for PC by visiting the Steam store.

(Thanks for the news tip Amelia Fist of Justice!)