Even though Funimation has refused to stream Interspecies Reviewers – or allow other platform holders to purchase the license to stream the show in the U.S – they also don’t want people sharing any of the content on video hosting services either. 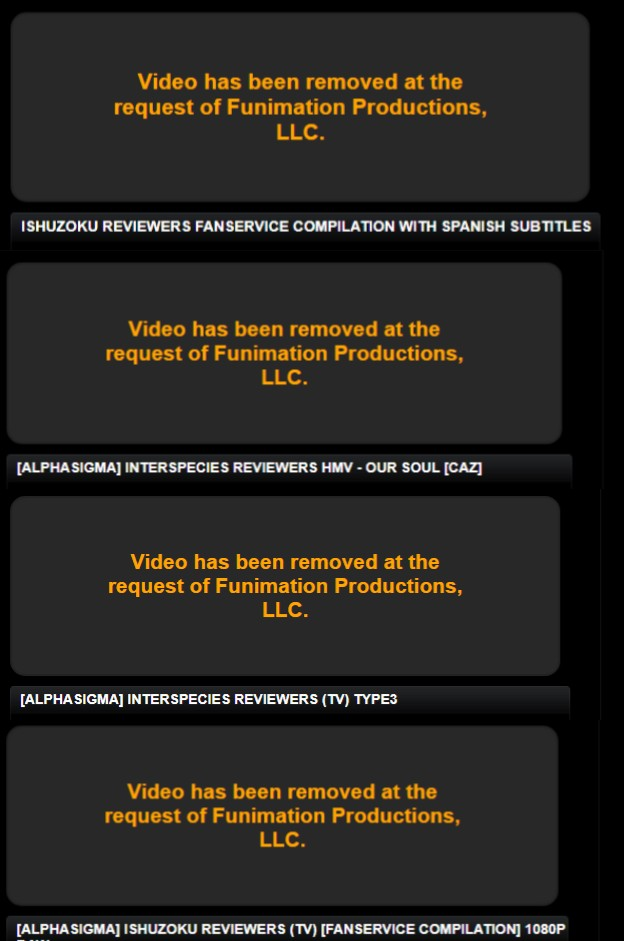 Each of the videos offer a different compilation from Interspecies Reviewers (also known as Ishuzoku Reviewers), but Funimation had the videos nuked from the service.

Simply put, Funimation refused to stream Interspecies Reviewers back in February of 2020, yet at the same time they’re also preventing fans from putting together compilation videos. They’re also holding onto the U.S., streaming license for the show so that other platform-holders are unable to get their hands on the show.

It’s a double dose of giving the middle-finger to fans.

I suppose it shouldn’t be much of a surprise given that Funimation is also on the Traitors of America master list. It’s also pretty obvious that Funimation has a hard-on of hate for Interspecies Reviews because it caters mostly to straight male audiences, but expect Centrists to run defense for the company and make up one excuse or another to avoid the very obvious truth that anyone who isn’t a mentally ill Liberal can see plain as day.

For now, it appears as if the only way to view clips or compilations of the show is from Japanese video hosting services, such as NicoNico.

(Thanks for the news tip Master Nemesis)