No one cares who you screw in your bedroom. Whatever happens behind closed doors in the privacy of your own home is YOUR business. I don’t need to see it on television, in comic books, or my video games, yet Left-wing degenerates continue to force-feed their homosexual fetishes into every single media property out there, including completely benign racing games like Horizon: Chase Turbo.

Originally, Horizon: Chase Turbo had no propaganda in it. No politics. No messages. It was just a retro-themed racer for up to four players via split-screen, blazing across more than 100 tracks and over a dozen awesome cars to choose from, but then Brazilian developer Aquiris Game Studio decided to go all in on beating fans over the head with degeneracy. They announced that they have a Pride Month special event taking place in June with special gay-themed skins for the cars.

Not content with simply having the challenges be present in the game, they also had to make a boastful announcement about it on June 26th, 2020, writing…

“Horizon Chase Turbo is a game for everyone and we believe that differences help to make us richer!
Face new challenges that celebrates diversity and brings an exclusive time-limited skin. When it comes to racing, facing challenges and having fun, everyone is equal!”

Thankfully, some gamers did not take kindly to this force-fed gesture themed around an aberrant lifestyle.

Over on the Steam forums, [backup] some gamers spoke up about not wanting Communist agitprop in their racing games.

The developers are already censoring and banning people from the discussion while cherry-picking who they respond to.

Some completely harmless comments accurately pointing out how diversity divides more than it brings us together – as evident with the fact that a completely nonsensical, unnecessary, and politically regressive update for a racing game resulted in more chaos than unity – resulted in users getting banned from the Steam forums. 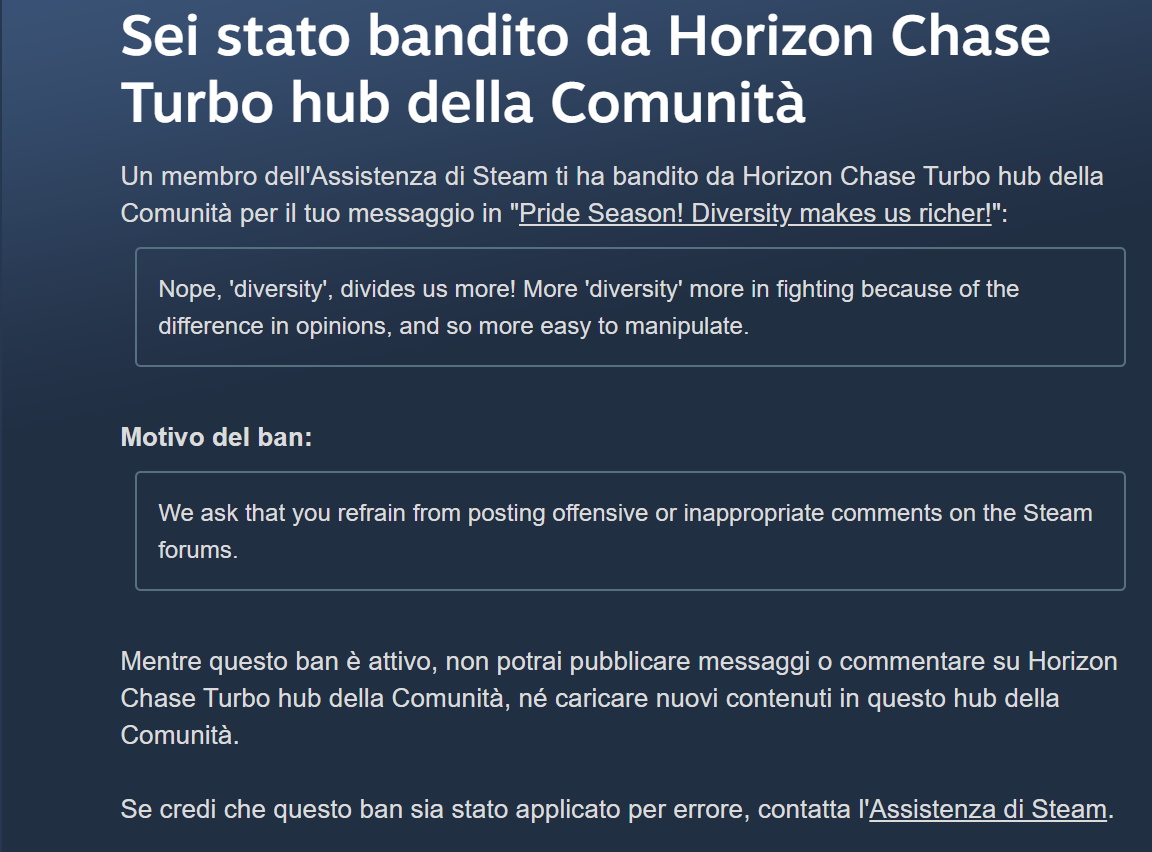 Others who tried to argue about the facts surrounding the homosexual lifestyle choice were also banned, and eventually the entire announcement thread was locked, proving that the propaganda-peddling developers truly don’t believe in diversity of thought. 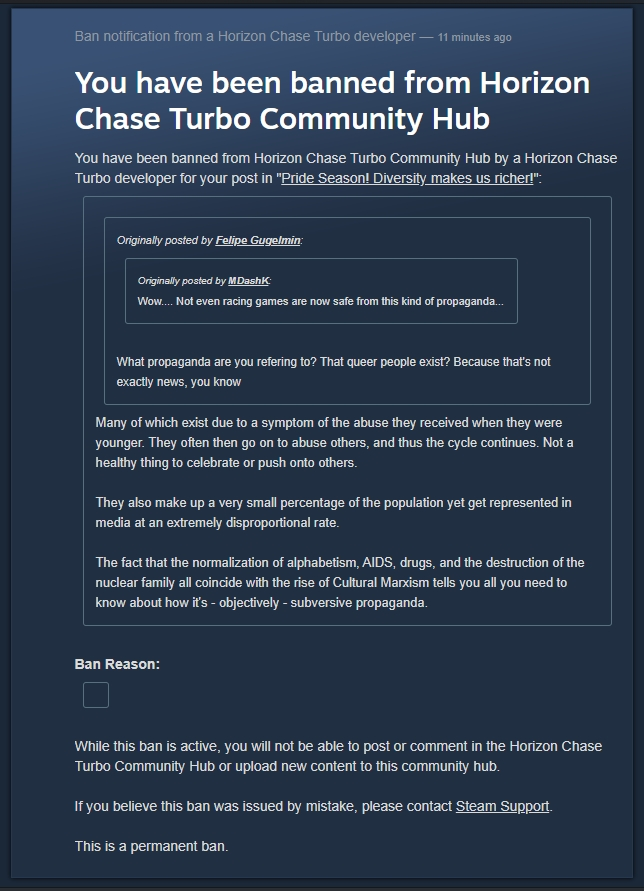 Keep in mind that these people are not tolerant. They are not your friend. They follow the rule of the three ‘I’s: Infiltrate, Inculcate, Indoctrinate.

Aquiris Game Studios didn’t even start with the gay propaganda with this latest event, it actually started with a post-launch DLC featuring a convertible sports car that was a nod back to the original Outrun. Only, they made it where the driver of the car was either female or black in the palette swaps. If you wanted the option to play as a white male driver you were forced to use an LGBTQIA+ livery where his gay lover was stationed next to him in the passenger seat. 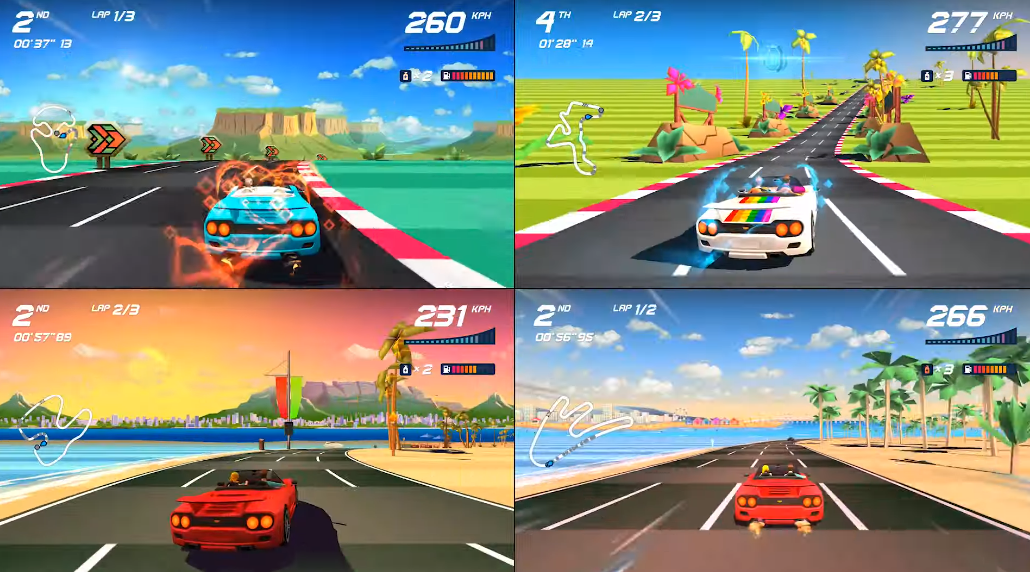 This sort of propaganda is not only blatant and disrespectful, but it’s becoming a widespread disease at this point. A social virus that is both inescapable and unavoidable. This is despite the fact that the gay lifestyle has zero benefits for being conducive to a healthy and functioning society:

Us gamers are absolutely sick and tired of this degenerate filth invading every waking moment of our lives and every single aspect of our entertainment.

If you want to spread diseases and engage in a fringe fetish that comes with more detriments than improvements, then feel free to do so, but no one should be forced to have to accept a socially disruptive lifestyle because the mentally ill people who choose to engage in said lifestyle aren’t comfortable with the poor life decisions they made that led them to becoming degenerate filth.

Keep your politics out of my games.