Funimation may have gone out of their way to prevent people from watching Interspecies Reviewers, also known as Ishuzoku Reviewers, but that hasn’t stopped fans from wanting to support the anime in any way that they can. And one of the best ways to support creators making great content is to support the Blu-ray releases.

Sankaku Complex did a brief article on some of the sexy-time moments that have been improved greatly with the second volume Blu-ray release of the raunchy sex comedy.

There’s a couple of comparison shots in the Sankaku Complex article, showcasing what improvements and upgrades were added to the Blu-ray release. You can check out the examples below. Keep in mind that if you click through the images below you’ll be able to see the uncensored versions. 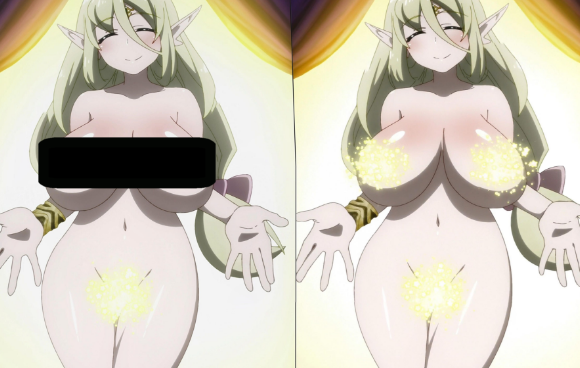 In this particular volume the episodes are themed around the brothel with the bright glowing light around the genitals and boobs, only in the Blu-ray release while the light still covers up the pelvic region’s poon-tang prize, there are plenty of big jiggly anime tiddies on display along with perky nipples to match.

It’s quite apparent that this is the sort of content that Funimation fears anime fans getting their hands on: content that excites straight males!

As we all know, there’s a huge push from the establishment media to subvert cultural trends, especially in the West. They want to destroy everything you love and they want to taint everything you hold dear. This is why Funimation sees a property like Interspecies Reviewers as a bane to their agenda because it’s not anti-hetero, it’s not pro-LGBTQIA+ propaganda, and it’s not filled to the brim with hideous females and weak, worthless males. It’s a celebration of fan-service. 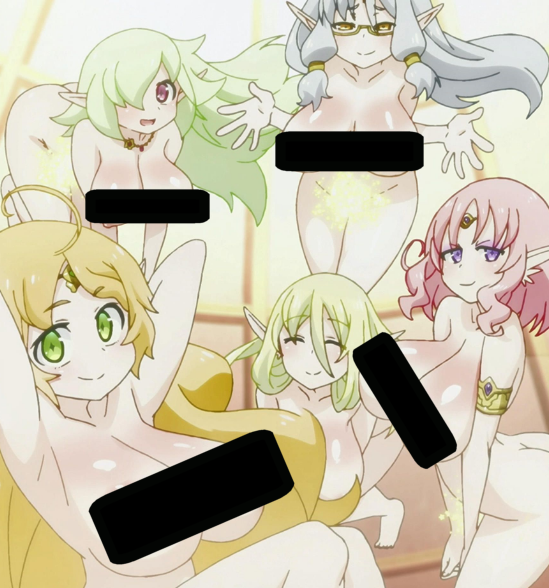 The first volume for Interspecies Reviewers is currently available on Blu-ray right now. The second volume recently became available on June 26th, and you can also pick it up from over on Blu-ray.com

The third volume is scheduled to release near the end of July… specifically July 29th. You can pre-order the Blu-ray for vol. 3 of Interspecies Reviewers right now on Blu-ray.com as well.