For corporations and the affluent, more often than not, politics is merely fashion. If pressed on any issue, neither corporations or the affluent who profess a deep concern or passion regarding a particular issue could muster any knowledge on the topic. Let alone offer any viable solutions to the issues.

Yet if one were to demonstrate how welfare dependency, over taxation, government regulations, and single mother households come together to create the perceived economic inequality and violence plaguing the black communities, then you would be labeled a sexist, racist, transphobe, or a bigot. Facts being on your side will matter very little in the issue as these people want a good sound bite or an issue that will allow them — without any transformative effort on their part — to appear more virtuous than other people.

For the time being, the fashionable political trend for corporations and the affluent is to openly proclaim their support for domestic terrorists, along with the politically driven Black Lives Matter movement. By now, the Traitors of America list of corporations having undertaken these measures has grown too extensive to list out. Yet each has in their own way to various extents gone on to denounce all politically convenient real and imagined exploitation and discrimination against African Americans throughout history.

At the same time they are denouncing these “injustices” they are actively profiting from said injustices in China. As illustrated in a report released in march by the Australian Strategic Policy Institute (ASPI). That explores the ongoing use of slave labor by the Chinese regime and various corporations. Detailing how Uyghur Muslims and other minorities are abducted before being placed into concentration camps. From where they will be distributed throughout China to work for free in various industries. Lest they desire to remain in the “re-education” facilities for the rest of their lives. 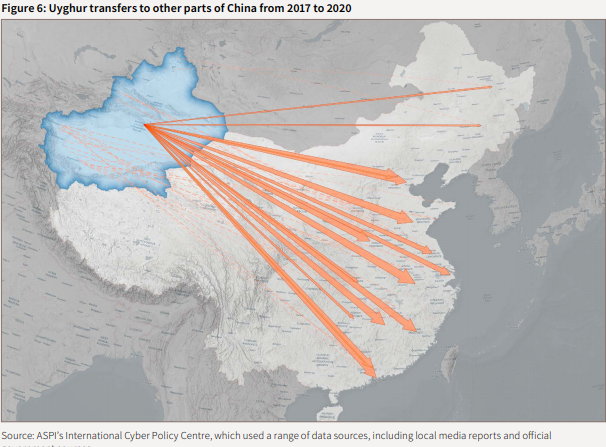 “Since 2017, more than a million Uyghurs and members of other Turkic Muslim minorities have disappeared into a vast network of ‘re-education camps’ in the far west region of Xinjiang,10 in what some experts call a systematic, government-led program of cultural genocide. Inside the camps, detainees are subjected to political indoctrination, forced to renounce their religion and culture and, in some instances, reportedly subjected to torture. In the name of combating ‘religious extremism’,13 Chinese authorities have been actively remoulding the Muslim population in the image of China’s Han ethnic majority.

The ‘re-education’ campaign appears to be entering a new phase, as government officials now claim that all ‘trainees’ have ‘graduated’.14 There is mounting evidence that many Uyghurs are now being forced to work in factories within Xinjiang.15 This report reveals that Chinese factories outside Xinjiang are also sourcing Uyghur workers under a revived, exploitative government-led labour transfer scheme.16 Some factories appear to be using Uyghur workers sent directly from ‘re-education camps’”

The ILO lists 11 indicators of forced labour.24 Relevant indicators in the case of Uyghur workers may include:

• being subjected to intimidation and threats, such as the threat of arbitrary detention, and being monitored by security personnel and digital surveillance tools

• being placed in a position of dependency and vulnerability, such as by threats to family members back in Xinjiang

• having freedom of movement restricted, such as by fenced-in factories and high-tech surveillance

• isolation, such as living in segregated dormitories and being transported in dedicated trains

• abusive working conditions, such as political indoctrination, police guard posts in factories, ‘military-style’ management, and a ban on religious practices

• excessive hours, such as after-work Mandarin language classes and political indoctrination sessions that are part of job assignments.

It is unclear how the Uyghur workers are treated at the Zhengzhou facility. However, a September 2019 report by New York-based China Labour Watch said contract workers at Foxconn’s Zhengzhou factory—which includes Uyghur workers—put in at least 100 overtime hours a month. Over the past decade, Foxconn has been marred by allegations of worker exploitation and even suicides, including recently at its Zhengzhou facility. The company has also actively participated in the ‘Xinjiang Aid’ scheme. 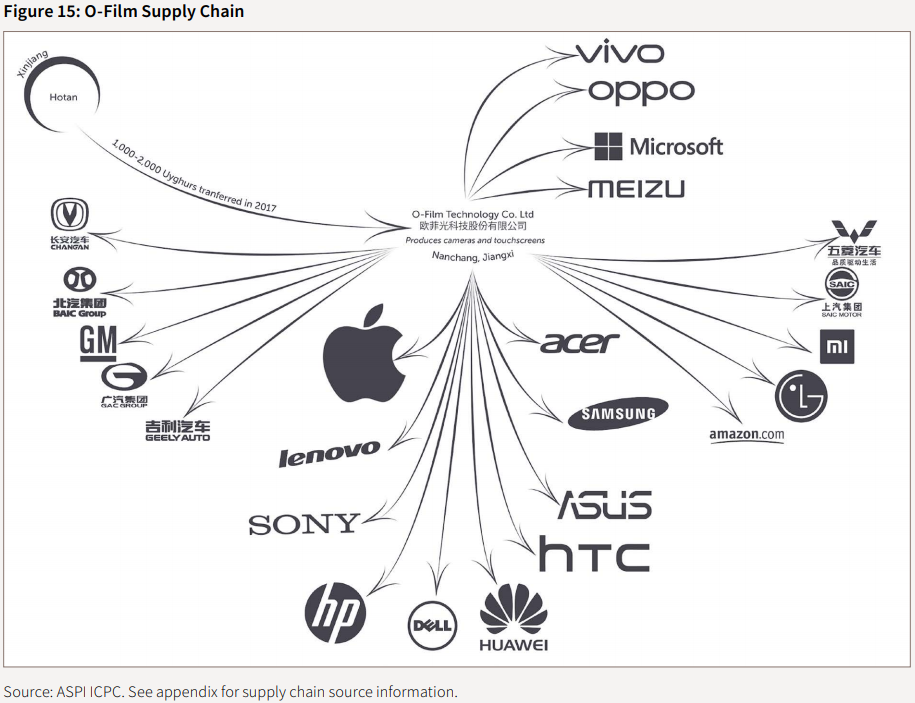 Another examination of the issue by The Diplomat highlights how the regime and companies often abduct children. Who will be tortured if they dare not comply with their assignments.

“The first, and worst, was the incident of enslaved young and elderly people as well as adults with disabilities in brick kilns. Over a decade ago, during the summer of 2007, it became publicly known that people – many people – from rural areas were being kidnapped and forced to work in kilns in Shanxi province.”

“The affair was, uniquely, kicked off by parents mobilizing together in search for their missing children. These parents scoured the countryside and, sometimes, found their children working in the kilns.”

“Other industries also rely on a cheap and pliable workforce amounting to forced labor by the exploitation of a large numbers of student interns from vocational schools.”

Describing the slavery operation, the Australian report highlights the extensive nature and how it is masqueraded to the international communities.

It is extremely difficult for Uyghurs to refuse or escape these work assignments, which are enmeshed with the apparatus of detention and political indoctrination both inside and outside of Xinjiang. In addition to constant surveillance, the threat of arbitrary detention hangs over minority citizens who refuse their government-sponsored work assignments.

Most strikingly, local governments and private brokers are paid a price per head by the Xinjiang provincial government to organise the labour assignments. The job transfers are now an integral part of the ‘re-education’ process, which the Chinese government calls ‘vocational training’. A local government work report from 2019 reads: ‘For every batch [of workers] that is trained, a batch of employment will be arranged and a batch will be transferred. Those employed need to receive thorough ideological education and remain in their jobs.

Amongst the analysis of the ongoing situation the report provides an incomplete, but revealing list of the various corporations currently profiting from the slavery operation. Of importance several key companies currently “standing in solidarity” with African Americans are listed as actively profiting from the use of slave labor.

Included in this list are the major technology firms Samsung, Apple, Dell, and Google, but joining them are Sony, Microsoft and Nintendo.

There you have it. The same corporations telling you how vile and wicked you are for being white are, at the same time profiting from tortured overworked slaves. Some of whom are children. These are the companies being heralded as “stuning and brave,” by the same people upset over One Angry Gamer listing companies who are actively stoking racial tensions in the United States.

After all in what world does anyone imagine actively telling an an entire demographic they are evil, vile people, for the actions of 2% of the Southern Economy (the north and west don’t count)? That’s how you get ethnonationalists, not develop social cohesion.