Team Junkish’s Monstrum turned out to be a sleeper hit for home consoles and PC. The game was a unique survival-horror stealth title where your objective was to make your way through an old, abandoned freight-liner and escape from the horrors lurking throughout the corridors. Monstrum 2 will adopt a similar form of gameplay, only this time around it’s an asymmetric multiplayer title where four players take on the roles of prisoners and one player will become a monster on the prowl.

Unlike the first game, instead of trying to undo a mooring and escape through a sub, this time it looks like your objective is to make your way to a helicopter launch pad and escape via helicopter, using whatever means possible.

The cinematic trailer gives you a rough idea of what to expect from the upcoming title, which is due to release at some point in the fourth quarter of 2020.

Now when I first saw the chick outrunning the monster, I thought to myself “Oh brother, not another tough lesbian who don’t need no man!”. But then I saw that she had some kind of security collar on, and was donned in prison garb with a chip in the back of her head. Her male compatriot was donning the same accouterments, and then it became obvious that men and women alike were made to look the same since they were all prisoners.

So long as this theme stays consistent with the character designs, then I’m willing to give it a pass. Although, from a story perspective I’m curious to find out why men and women are kept on a rig out in the middle of the ocean? I suppose that would be the point of actually playing the game. 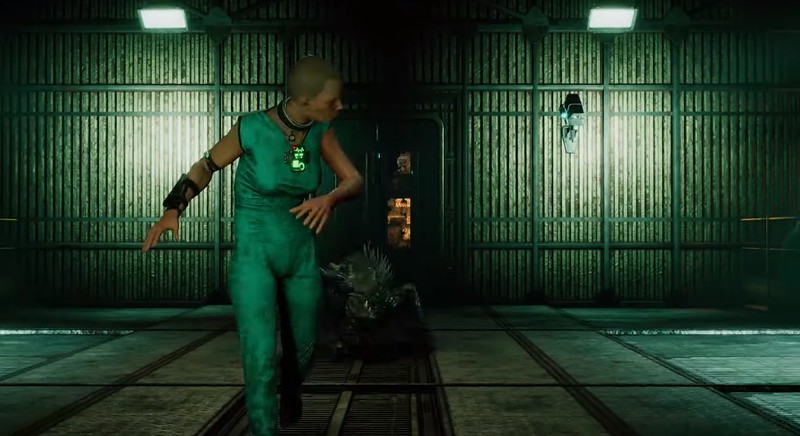 In any case, Monstrum 2 will see up to four players attempting to hide or outrun various monsters on the platform in an attempt to escape. The monster simply has to track down and kill the humans before they escape.

Humans will be able to utilize various objects scattered around the rig in order to defend themselves or attempt to attack the monster(s), but your main goal is to stay out of sight, and out of danger.

Also, you won’t be able to memorize the maps and know where each item is located. The prison complex is procedurally generated, which means that it’s going to change each time you play, just like the original Monstrum.

If you’re interested in what Junkfish is creating, you can actually sign-up to participate in the upcoming closed beta test by visiting the official Monstrum website.