CreAct Games and publisher Another Indie announced that the waifu-filled action-RPG that takes place in a never-ending labyrinth called Neverinth, has graduated from Early Access on Steam. The game is currently available on the Steam store for $14.99, but during the first week of release the game is discounted by 10% off the normal price.

Unfortunately, this is not the game that CreAct Games wanted to release. The game isn’t quite complete, and they only pushed out one final update because the lead developer on the project has to deal with a family crisis.

In the graduation post published on June 17th, 2020, the lead developer, Alex, explains…

“The sad truth is that although we want to continue development, we are out of money and sales are not high enough to support ongoing development. To make matters worse, one of my family members was recently diagnosed with blood cancer. The treatment of this disease is a long-term crisis for my family. As well as the huge expense, he also needs continuous company and support. Game development is my life, my career, and I would do almost anything to keep going but family is always the priority and I owe it to myself and my team to end this project so we can all move on.

“At first, I tried to make it work rushing between the office and hospital, but it just didn’t work, I was unable to work effectively and felt town between my responsibility to my family and my team. In good conscience, I can only choose to cease development of Neverinth. It’s a truly painful decision.

“I must apologize to partners and players who supported us during this time but for the sake of my team, my family, and myself, I made the best decision. I also think that being open and honest with the community of fans important and it would have been wrong to leave Neverinth in a Limbo state.

“For this reason Neverinth is leaving Early Access today and this will be the last major update for Neverinth, while it’s not the game we envisioned, we are incredibly proud of it and we hope you enjoy it, rough edges and all!” 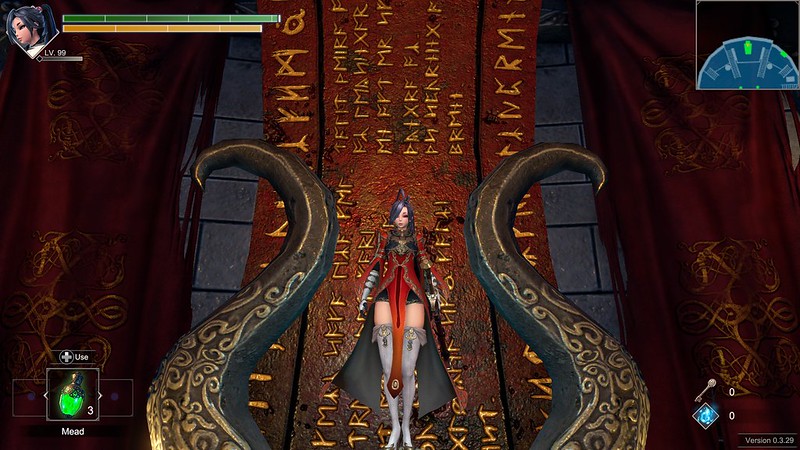 The real tragedy here is that the game was originally supposed to release on the Nintendo Switch, which received an announcement back in February of 2019.

Later on in the spring, the game entered into Early Access in May of 2019, where the team showed a lot of promise and verve for bringing the Soulsborne-inspired action-RPG to life both on home consoles and PC.

But with the Early Access version effectively being abandoned, and the game left in an unfinished state, I suppose it’s safe to say that the Nintendo Switch version will likely not come to pass either.

Sadly, even with the final patch addressing some of the game’s bugs and extending the level cap, there are still a number of other glitches and optimization problems present.

This has resulted in a lot of fans reluctantly giving the game a thumbs down on the Steam page. But the negative reviews are not without sympathy.

AGIndustries sums up a lot of how gamers feel about the project, writing…

“This is going to be a sad write up……

“The Neverinth is, on paper, a fantastic idea for a game. A rogue-souls game set in Norse mythology. Complete with waifus! However, due to financial and other unforeseen circumstances, Neverinth will remain forever unfinished, littered with glimpses of what could have been.

“Although the development team has my sympathies, I cannot in good conscience, recommend the standalone purchase of this game.”

It’s a real shame, too, because all of the chicks have shapely bodies, jiggly boobs, amazing curves on their hips and thighs, and pleasant faces. These are features missing from Western-made games, yet the actual gameplay wasn’t polished enough before CreAct had to abandon the project due to real-life circumstances getting in the way.

Perhaps, one day they will return to Neverinth and give it the proper send-off it deserves. Until then, if you purchase the game you’re doing so for a game based on what it could be and not necessarily what it is.

Let’s hope that one day CreAct will be able to get things sorted and maybe finish this waifu-filled Soulsborne.