Parasol’s Hare Nochi Kitto Nanohana Biyori, also known as Haruno or Nanohana was banned from Steam. The game originally released in Japan as an R18+ visual novel back in mid-2014 and was later distributed in China by X Moe Hanhuazu, as well as in Indonesia by Hero Soft. They had plans on distributing the game via Steam, but those plans were scuttled when the game was banned by Valve.

You can still purchase the game from over on the DLSite store.

However, as noted by the Steam Nukige Group, the game was banned in June along with various other titles, but the store page wasn’t just scrubbed along with the community hub, the entire app was banned.

This is to ensure that the app can no longer be updated and that Valve won’t be reviewing the game or even considering reinstating the store page.

As for why the game was banned, it’s more than obvious: Valve hates lolis.

The game is chock full of the loli-kind and the software curators at Valve hate the big-eyed, small stature art-style that makes up a lot of creative properties in Asia, especially Japan.

Not only that, but Nanohana takes place in high school, and features explicit heterosexual scenes between the loli heroines and the straight male protagonist.

It’s like a mixing bowl of all the things the Liberal-Progressive crowd hates. 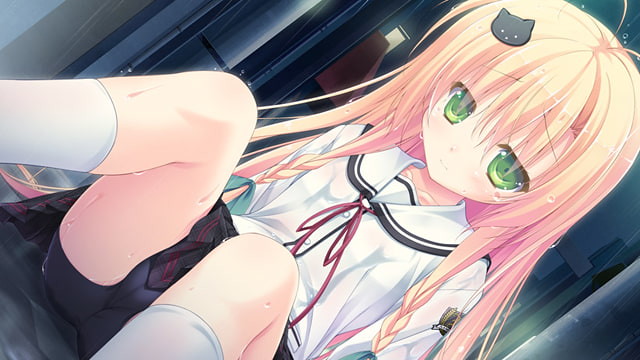 Regardless, the game was still banned and is now on the Waifu Holocaust banned game list.

Also, expect Valve to keep incrementally adding new reasons to ban visual novels, especially those made by Asian developers, and especially those that only feature heterosexual relationships.

Also, expect Centrists™ to keep justifying the bans as more and more visual novels keep getting the axe.