YouNeedATowel, a Russian developer of cheap anime-themed games, has been banned from Steam and all their games removed from the platform. This included Holy Sisters, Holy Sisters 3D and Call of Anime: Vietnam War, along with all of the DLC for each game.

The removals were spotted by the Nukige Group, who took note of not only each of the games being removed from Steam, but also their accompanying DLC, most of which were R18+ content patches.

Valve has awoken
The following games have been banned

It seems Valve has given YouNeedATowel & LipStudio the boot (LipStudio still has other titles on Steam under a different name pic.twitter.com/ohBgKg30Ab

And before anyone claims that Valve nuked the games because they violated the store policies, that’s not true. You can check the archives of the store page for Holy Sisters 3D and find that it’s perfectly serviceable, and the gameplay trailer contains nothing that could be deemed obscene.

While the games didn’t have a huge playerbase – although they did have close to 2,000 followers on their developer curator list – there were still gamers asking about the removals over on the Steam forums.

What’s interesting, though, is that it released on July 17th, 2020, just a day before it was banned. The R18+ artbook for Call of Anime: Vietname War was also banned a day after release as well, according to the SteamDB entry.

Once again, the archive of the store page shows that there was nothing that could be deemed obscene or rule-breaking according to Valve’s standards, and the gameplay trailer was completely tame.

There’s also nothing hinting at why the developer was banned on Exophase, or their curator list, or the Steam community hub, leaving people curious as to why Valve decided to nuke them now?

Usually when this happens they cite “review manipulation” as the cause, which is what they did to some Chinese developers a while back. The developers offered to have Valve run forensics on their hard drives and networks to prove their innocence, but Valve denied them the offer.

Based on the timing of the bans and the fact that they came shortly after the release of YouNeedATowel’s latest release, which contained R18+ content, it’s likely that they didn’t like their content and the focus on anime-style females and decided to nuke the developer’s content. 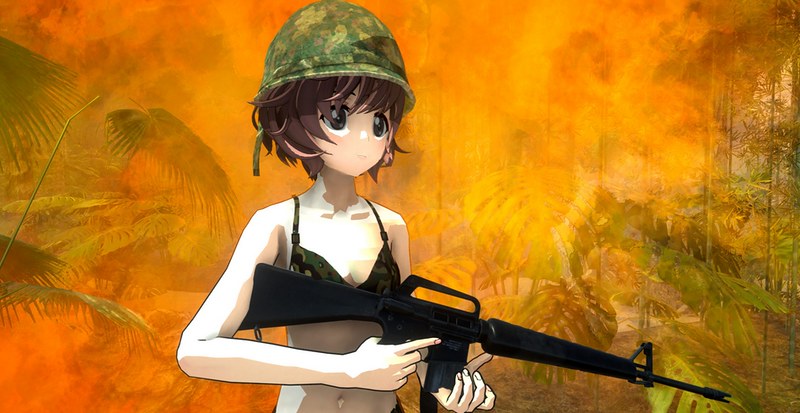 Now if they claim that YouNeedATowel made troll games, they would have to do a much better job of proving that’s the case given that they allowed Black Lives Matter on the Steam store and it’s not even a game; you don’t even get to play, it’s just eight minutes of a timer and then you get kicked out.

If that’s not a troll game, I don’t know what is.

As for YouNeedATowel, it seems pretty obvious someone at Valve didn’t like the anime-girl themed games they released and decided to ban them. Some people are purportedly claiming that it’s due to copyright infringement, but usually if a copyright holder issues a DMCA to Valve to have a product removed, the “Buy” button is disabled but the store page stays, which is what happened to the Star Control games during the Stardock dispute.The ability to purchase the games are removed until the disputes are resolved. In this case, the entire developer’s library was nuked without warning or an announcement.