The world has turned topsy-turvy and we’re living in the era of the Clown. The Linux Foundation was already added to the Traitors of America master list, but now the Linux kernel, at its core, has given way to the whims of Perses, and have joined the anti-Western campaign to stifle language they deem “racist”.

Itsfoss picked up the news from an LKML post made on July 4th, 2020 by Dan Williams, who explained…

The post received support from Chris Mason and Greg Kroah-Hartman from the Linux Foundation. It goes on to explain what sort of terms and idioms they will be replacing in order to proliferate “inclusive” (read: censored) language throughout the Linux community…

“Exceptions for introducing new usage is to maintain a userspace ABI, or when updating code for an existing (as of 2020) hardware or protocol +specification that mandates those terms. For new specifications consider translating specification usage of the terminology to the kernel coding standard where possible. See :ref:`process/inclusive-terminology.rst ` for details.”

Mentally sound people retorted that programming languages are based on the actualities of performative technological functions. The terms relate to signifying or identifying what action or state is being called, requested, implemented, or executed.

Normal-thinking people rightly pointed out that programming languages are socially agnostic, and have no barriers or conditions in which they are tied to specific sociopolitical meanings.

Others pointed out that a lot of this is to distract from the atrocities being committed by certain groups, and that by diverting attention away from their actions it has allowed people to squabble amongst themselves regarding these petty trifles handed down by the Silicon Valley elite rather than taking to task certain people who have made the way of life difficult for nearly everyone. 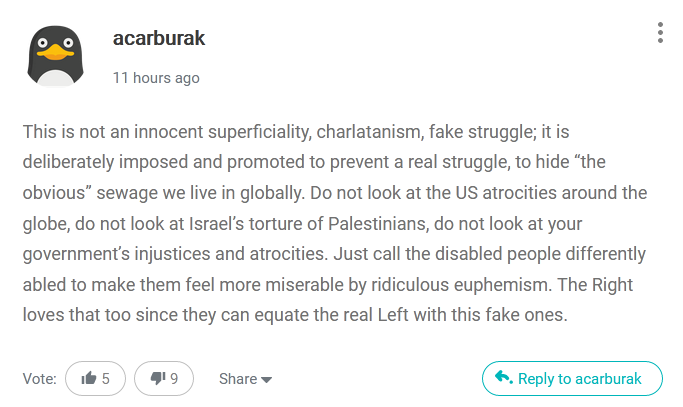 In the end, none of this changes the fact that Linux has fallen.

The entire operating system is now being manhandled by Cultural Marxists who have not only betrayed your trust but have betrayed the integrity of Western values.

There’s a reason they’re on the Traitors of America master list, and now you know why.

(Thanks for the news tip Racially Ambiguous Lex Luthor)