Back on June 17th, 2020 Famitsu showcased some of the artwork that has been redone for Metal Max Xeno, with Japanese artist Takeshi Oga replacing Oda Non to handle the vignette art. Adroit gamers decided to do a comparison between Oga’s new art and Oda’s original art, and they noticed that the fan-service had been reduced in the new art, and one of the shapely characters with huge boobs was given a breast reduction and made fatter.

Sankaku Complex did an article covering the controversy, which picked up steam in the Western hemisphere on social media.

A cutout comparison was made from the images featured in the Famitsu magazine compared with the original artwork from Oda Non, showcasing how the skirt length has been increased, bust sizes have shrunk all the way around, cleavage has been reduced, and in Maria’s case, she’s been made fat compared to how she was originally supposed to look. 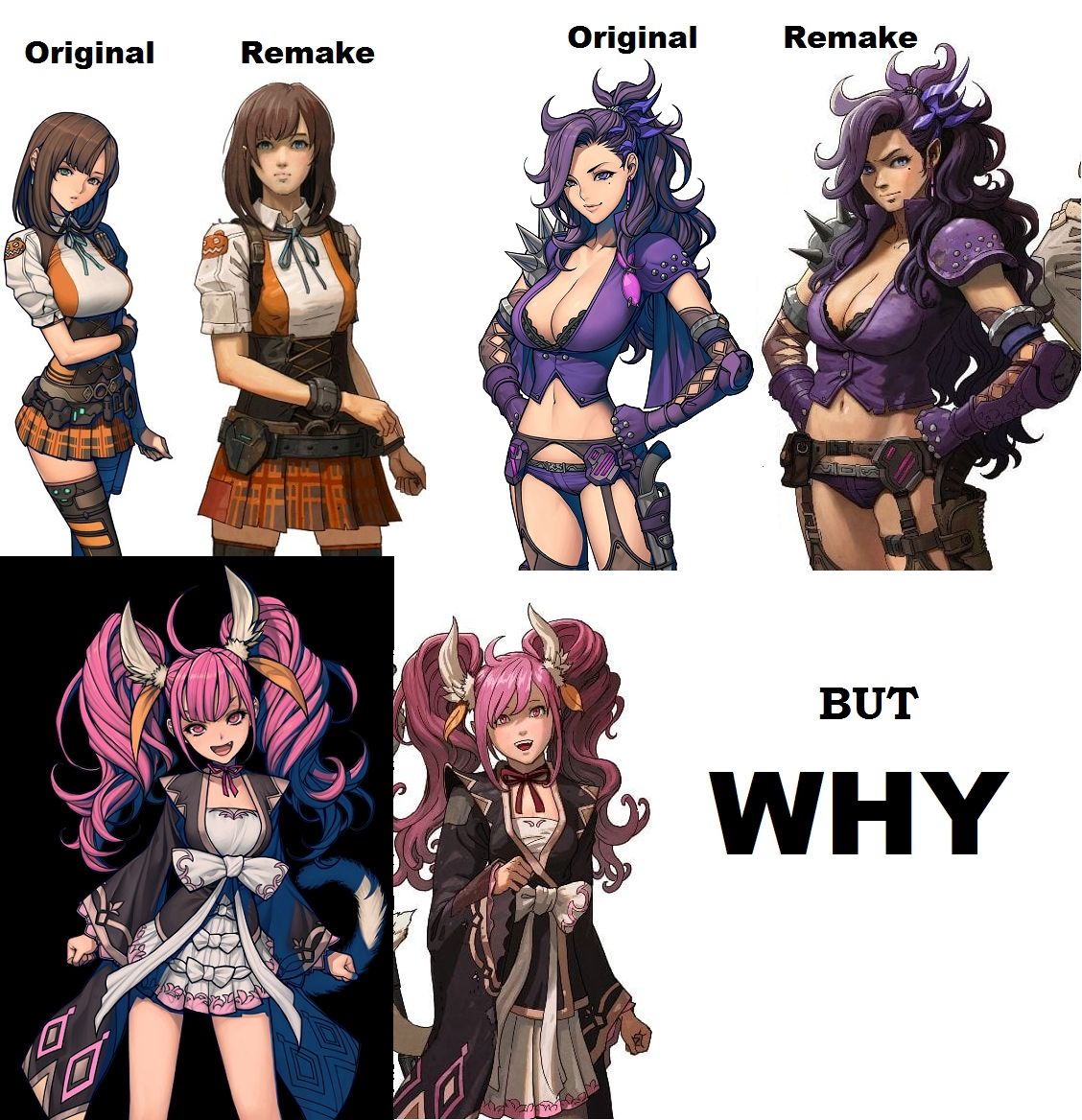 Some suspect that it may be Sony’s censorship policies creeping into the fold, but Sankaku points out that if that were the case they likely would have done more than just shrink the boobs, lengthen the skirts, and fatten Maria.

They likely would have had Maria’s entire outfit altered, forcing her out of lingerie and into something more conservative. The only reason it probably didn’t happen is because the Censorship Officer overseeing the title hasn’t paid enough attention to notice.

However, Maria’s sex appeal is amply on display all throughout the game, as it’s part of her charm, as you can see in the Japanese playthrough of the original release, courtesy of LezardEX.

Both rewriting and redoing the character would completely defeat the purpose of remaking Metal Max Xeno. Then again it’s completely possible that the PS4 version may suffer some kind of censorship at the twelfth hour before release.

At least we do know that the Switch version was originally using the artwork and designs from the 2018 outing according to the initial announcement trailer, but there’s no telling if things have changed since then.

As noted by Twinfinite back at the end of May, Metal Max Xeno Reborn was delayed again, moving from out of its March release all the way to a September 10th release in Japan.

So maybe the delay was so that the developers could further modify the characters or reduce the fan-service to fit in line with Sony’s censorship policies?

The likely result is that the artists are toning down their own designs and self-censoring ahead of Sony’s Censorship Officers getting a hold of the material, sort of working as a preventative measure against additional censorship.

The only upside to this news is that Oda Non’s artwork from the original release of Metal Max Xeno is still available in the game, but as unlockable content after you beat the game. However, locking the sexier fan-service themed artwork behind a complete playthrough is a cruel jest from