Alicesoft announced that they have a brand new H-RPG in the works featuring some visually striking character designs called Dohna Dohna, though if it gets a proper English translation I would suspect they might go with the name Donna Donna for transliteration purposes.

They released a new trailer for the game, featuring some of the playable characters and the gameplay. Combat is turn-based, and you’re tasked with collecting chicks, battling rival gangs and attempting to make money on the hotties you recruit.

You can check out the gameplay promotional trailer below, giving you an idea of what to expect.

One thing that you should instantly know is that this game likely won’t be making its way to Steam. Way too many lolis are present and we all know how much Valve hates lolis. 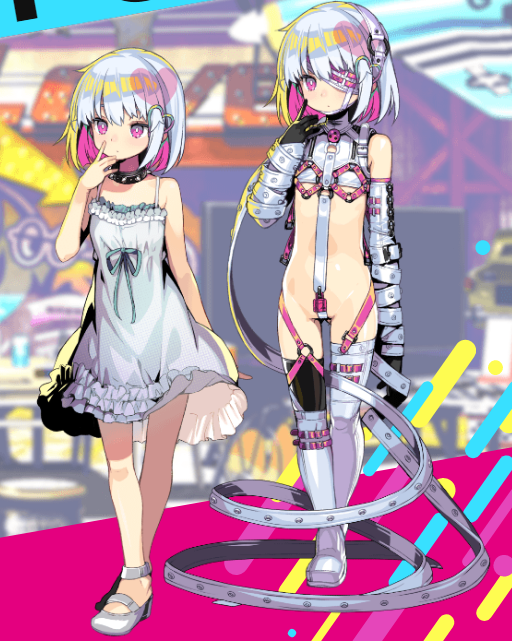 Beyond the interesting character designs and loli-filled roster, there is some actual depth to this title, just like many of Alicesoft’s games. In fact, there’s a rather impressive gameplay loop involving taking your clan into battle and attempting to capture heroines, whom you can then later build up relationships with.

Some of the battles will include special heroines who have special events that you can unlock by increasing your affinity with them.

The turn-based fights involve multiple party members and tactics, and fit the game’s colorful splash-art aesthetic that looks like a mix of contemporary pop-art meets urban graffiti culture, with a strong splash of Japanese iconography.

I have to say, regardless of what you think of the character designs or themes, the art is fantastic. It’s the sort of thing you wish we could see more of in AA and AAA titles, with the closest being Persona 5.

Anyway, Dohna Dohna is due for release in Japan on November 27th, 2020. For more information on the game feel free to visit the official Alicesoft website.

(Thanks for the news tip Suazo)