Imagine yourself in Cascina Caradonna’s position. After years of hard work, you get the call that you are going to be the face model for a pivotal character in an upcoming blockbuster game. One you believe will go on to sell millions and hit the market with immense acclaim from both gamers and the media. Only to have that dream turned into an absolute nightmare.

Rather than becoming the iconic second installment of a beloved series, The Last of Us 2 only succeeded in uniting everyone in mutual disdain for the absolute disrespect the game showed the original’s male lead. Compounding that was the over politicization of the game’s narrative along with a disgusting focus on murdering dogs for a cheap emotional moment.

Is there any wonder so many streamers quit the game or destroyed their copy? Now after a few months of the game being on the market, Dina’s face model sat down for a lets play. During Dina’s unveiling, a distinct look of disgust immediately crossed Caradonna’s face. Before long her reaction continued to sour with mortification, disdain, being added to the mix before she nearly begins crying. 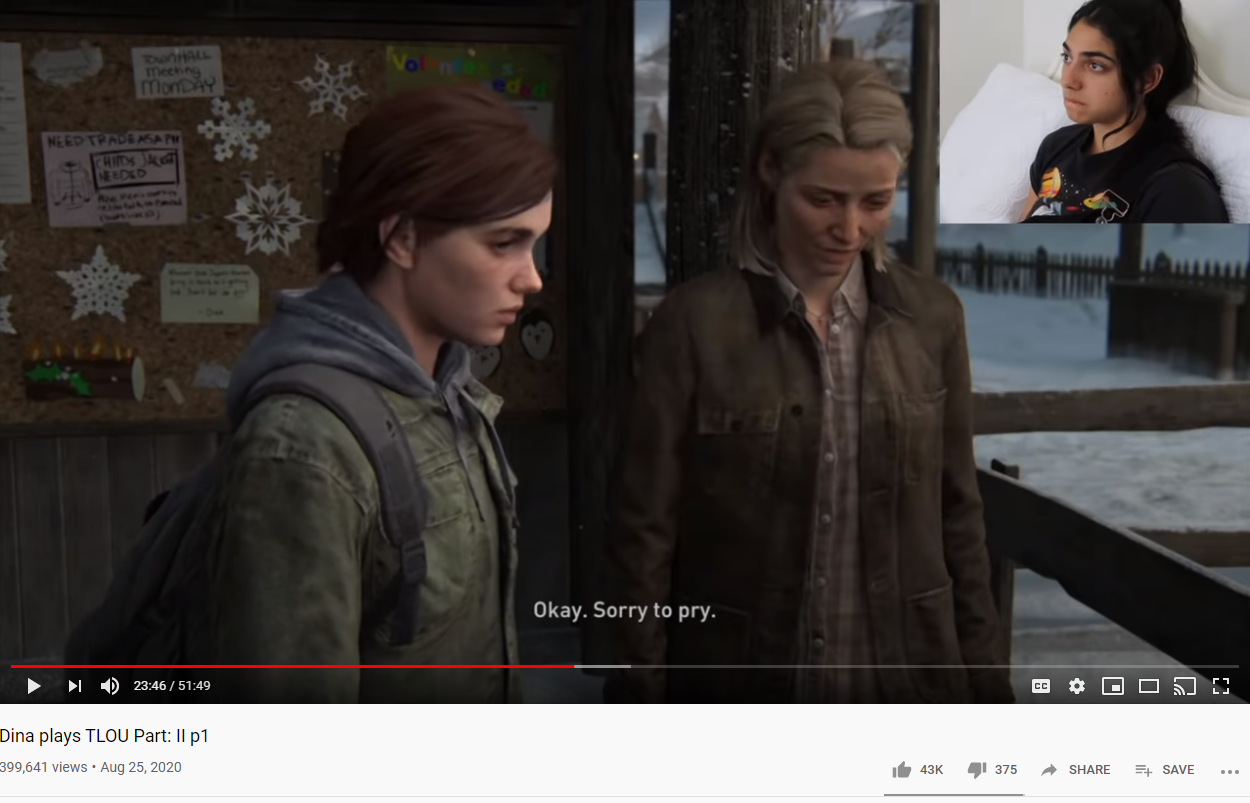 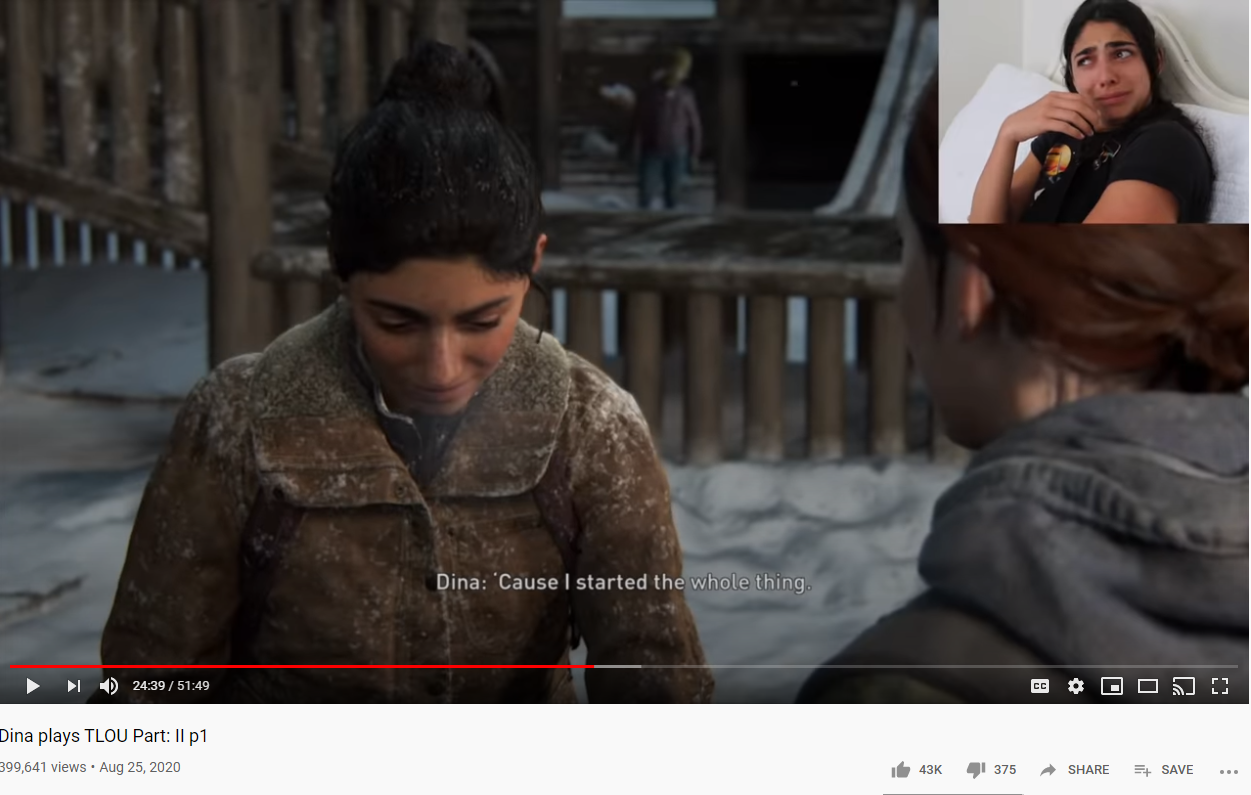 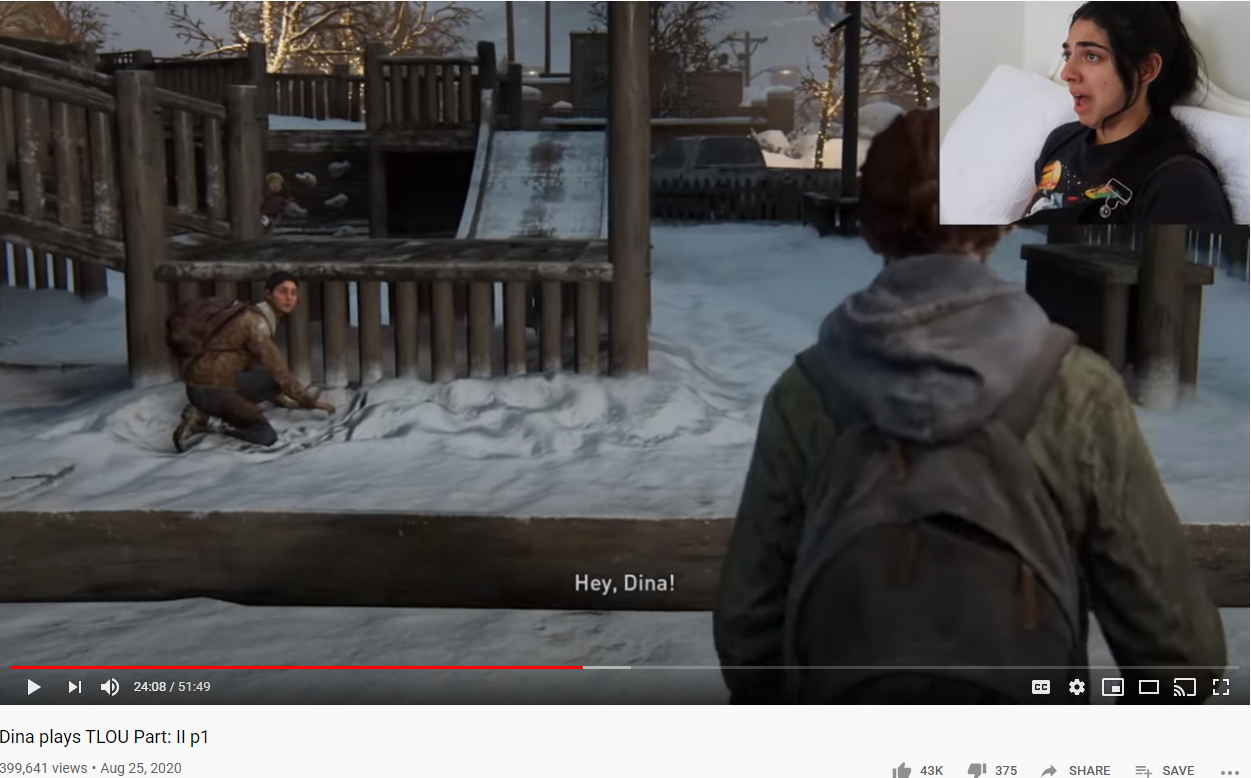 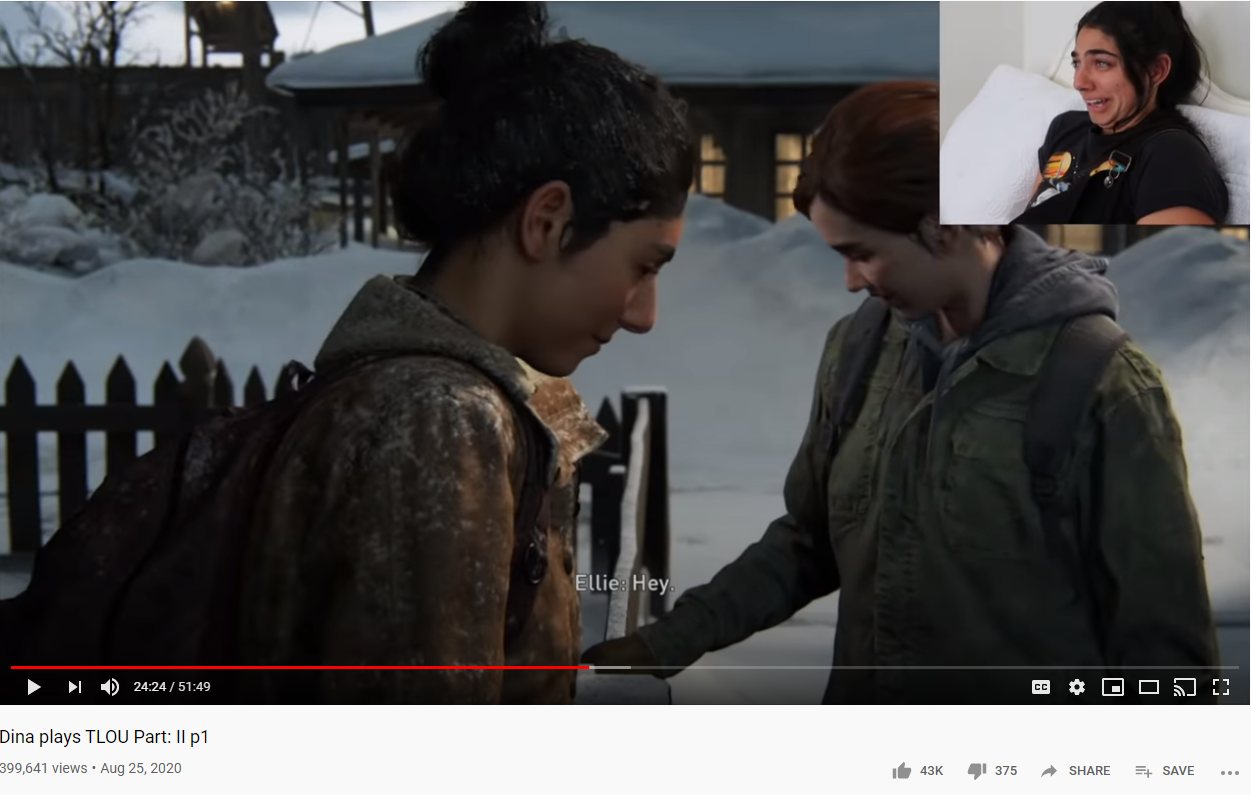 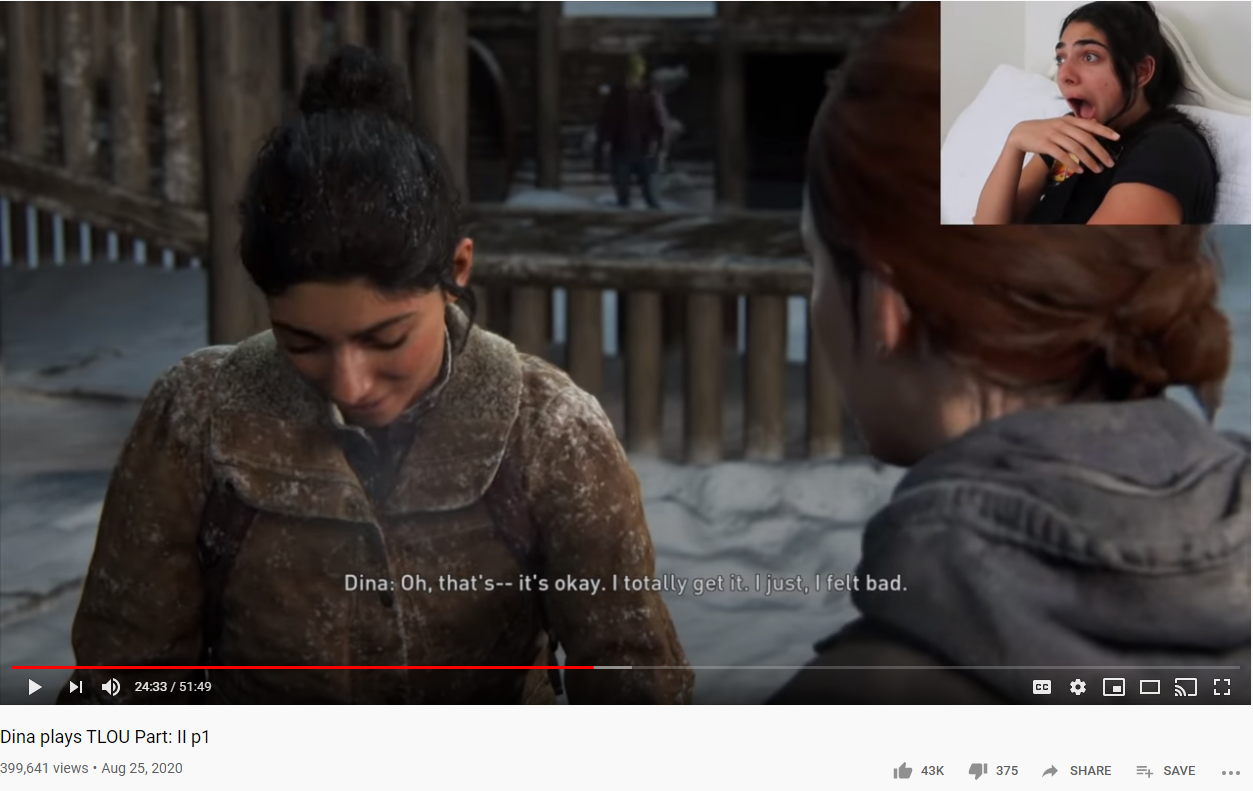 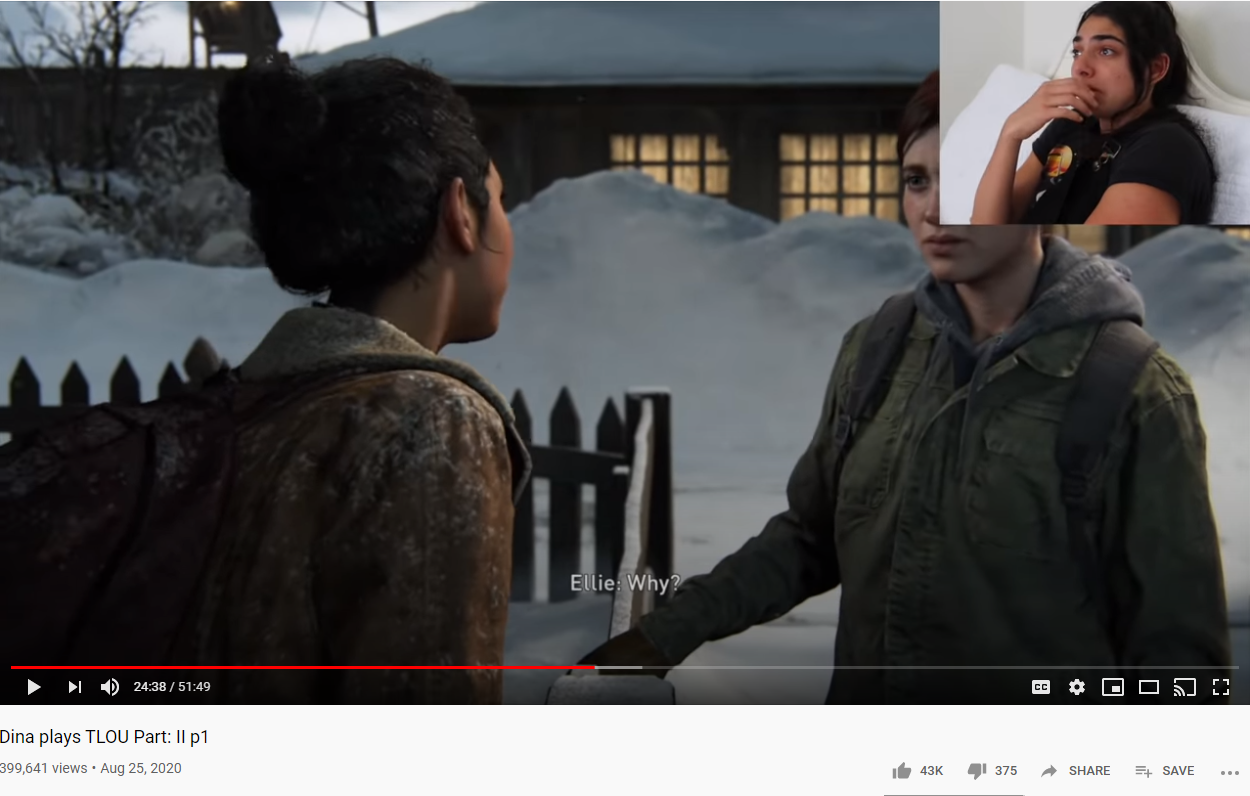 Later she explains she was weirded out by the entire experience. Before clarifying that she was weirded out by seeing her face on TV. Yet as can be seen in the screenshots, her expression is not one of joy and celebration, but one that appears extremely upset about her character. Her mortifying and disdain cannot be masked or explained away so easily.

As can be seen, Cascina Caradonna is distinctly more attractive than her character in-game. Her nose is smaller, her face has a distinct feminine curvature to it. Her character, much like with Jill Valentine’s design before her, is intentionally rendered uglier to subvert the male gaze. Turning what was one woman’s dream accomplishment into a moment that she will look back on with disgust as the game’s relevance continues to slip from the Zeitgeist.

(Thanks for the tip Hermione Granger)