Rather than reaching out to Arch for clarification on the matter or doing any level of due diligence Studio FOW posted an immediate denouncement of the content creator who signal boosted their game. 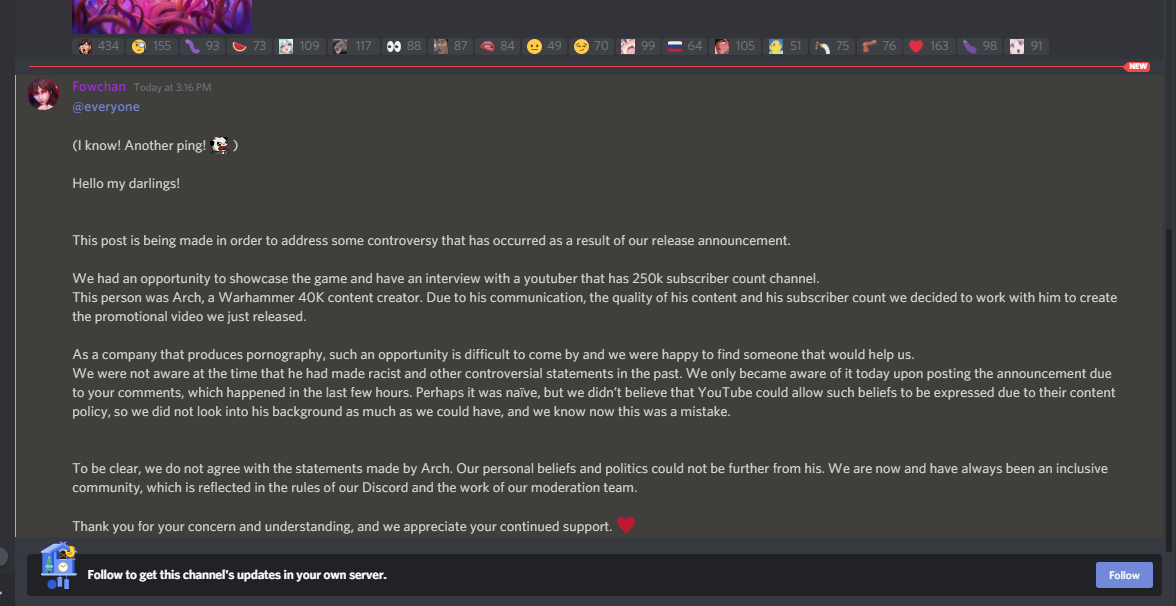 Had they done due diligence or reach out to Arch, they would have learned the screenshots came from shitposting, dark humor, and various other not safe for work sections of discord. Where users of all races, genders, and sexual orientations intentionally try to be edgy. Essentially, it’s the chans without the anonymity that prevents this sort of issue from happening.

The reaction from the community was a swift and furious outrage. Users with connections to the head of Studio FOW report they had to inform her how she had been set up by people who had no intention of being their customers. Not only did they have no intention of being their customers, which in and of itself is bad, but they actively wanted them to fail. Hence why they were deceiving them into canceling Arch. 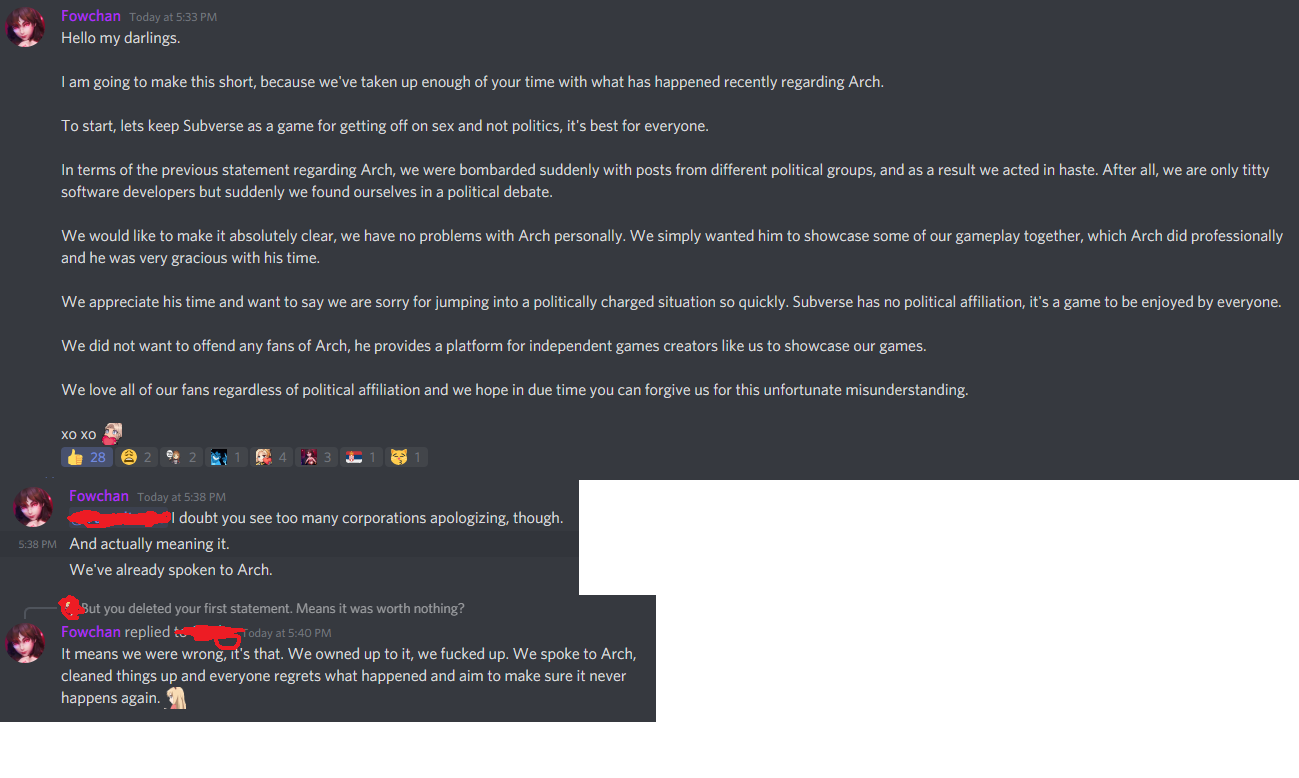 Some users have been satisfied with the retraction and apology, while others have sworn off Studio FOW due to their knee jerk reaction. Many remain on the fence and will have to have their trust earned back. At the very least Studio FOW deserves props for resolving the issue as quickly as they have without parsing or mincing words over who was to blame. That is not something we see from many companies who also claim to want to remain apolitical. It is a worthy start worth recognition. Unlike SJWs, everyday people forgive when apologies and amends are made.