After the Lucky Chloe controversy managed to leave a dark mark on the gaming community when she was first announced, Harada is trying his hand once again at announcing a new character. Hopefully this time around there won’t be a problem from anti-gamers trying to prevent more diverse characters from appearing in games.

Original Gamer spotted the latest tweets from Tekken 7 producer Katsuhiro Harada, where he shared the following via social media.

The name of the character is Shaheen and he’s from Saudi Arabia.

Based on the brief image and his stance I honestly can’t even begin to fathom what style of fighting he uses but it will be interesting to see what his story is all about.

As a little bit of extra fan-service, Harada had previously released some concept art for the character that shows how they came up with the design for his clothes and appearance. Check it out below. 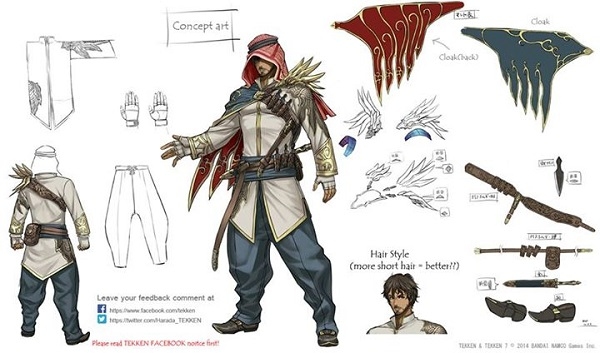 Okay I’m going to say it: Shaheen looks like he stepped right out of Assassin’s Creed.

The guy has a real look to him that distinctly sets him apart from every other character on the roster. Let’s just hope that he lives up to his look. It would be pretty cool if he could make use of his utility belt, but I guess we’ll have to wait and see how he turns out when a new gameplay video surfaces.

I guess we’ll also need to keep an eye out for the anti-gamers to see if they can somehow turn this into a controversy. Poor ‘ole Lucky Chloe, she got dogpiled by people who are actually trying to keep women out of gaming… heck, they’re the same people trying to take away games that they don’t deem to be socially progressive. 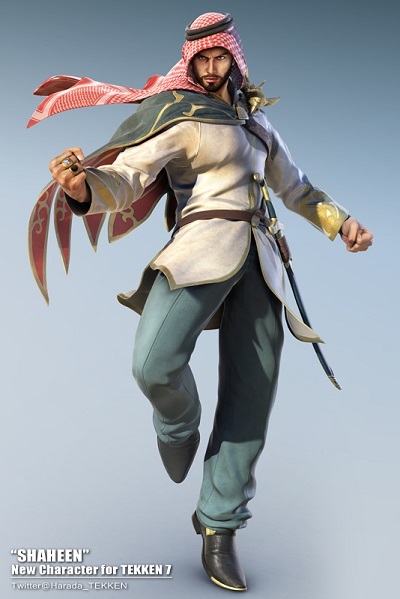 Tekken 7 is due out in early 2017 for the Xbox One, PS4 and for PC. The game is running on the latest version of the Unreal Engine 4.