Red Thread Games’ Book 2 of Dreamfall Chapters has released for PC, Mac and Linux. The game is mostly a straight-through, point-and-click adventure title. If you’re having trouble with the game there’s a walkthrough available.

YouTuber Cryaotic has a five part video series for Dreamfall Chapters: Book 2. You can check out part 1 below.

At first, players take on the role of Kian Alvane the Azadi, spending most of the first hour just talking and learning about why Kian has defected to the resistance.

The second part of the video gets more into the actual missions in the city. You can check it out below.

The three missions include talking to the “Mole” , destroying the shipments and there’s a part about identifying an interloper. The mole is actually really easy to find. You just take a left at the city map area and bam… you’re right there at the mole.

For the segment with Bip, when he tells you to “meet him on the other side” you just have to walk past the guards. That’s it.

To get into the KKK assembly you just have to get the torn pieces of paper that the angry woman rips up. To get the last piece of paper just talk to her where she’s fussing about the Azadi to some people at a table. At the meeting you’ll need to use your eyes and nose to sniff out and spot out identifying qualities about the people in attendance. When you meet up with the others and they want you to spot out the traitor, you’ll need to make sure that the traits match up to one of the individuals at the gathering. 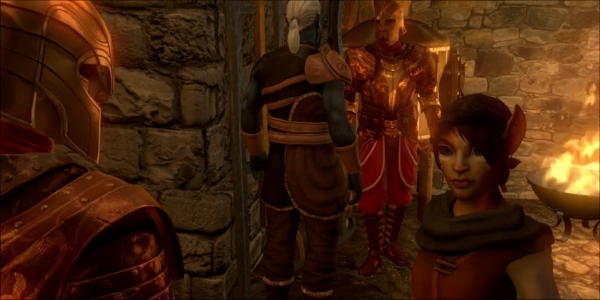 For the part with the messenger, just switch the street signs to send him down the wrong way.

As for the sabotaging of the inventory… it can be tricky if you don’t know what to look for. However, you will want to grab the rope from the docks. Get some black powder. Put the rope in the oil. Use a nail to place into the rock. Grab a flint-rock from a crate near the horse stable and then strike the nail in the rope with the flint-rock.

When you have the choice of calling Na’ane a traitor or staying silent, she does explain later that eveything she did was to save his life and that she’s in Kian’s debt. So technically, she’s not really a traitor. If you still want to call her a traitor you can, but it’s not actually the “right” choice, if that makes sense. 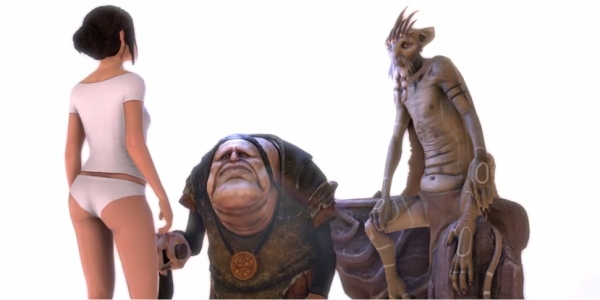 By chapter four the game switches over to Zoe.

Just like a lot of the beginning parts of Kian’s segment, the game is mostly straight to the point. You get to see a ton of the really awesome looking cyberpunk society following the fan-service sequence where you get to see Zoe talking to a deformed guy while in her tighty-whities. 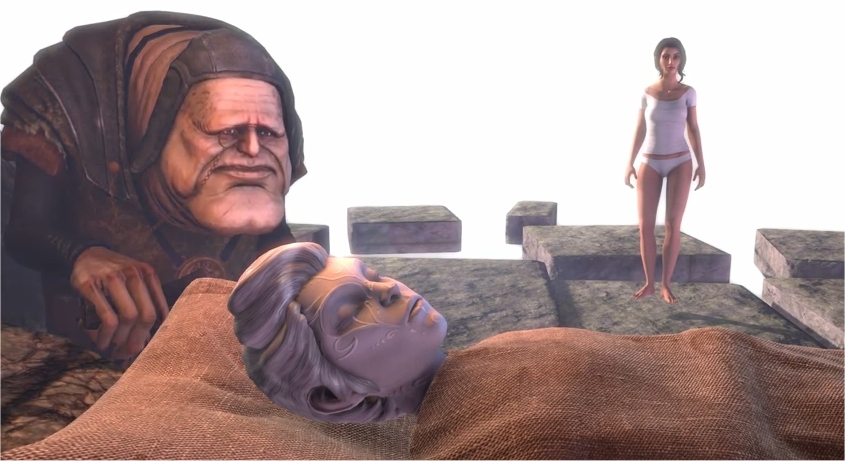 The entirety of the third video is mostly just dialogue. You don’t have to worry about puzzles or object-finding. You just have to listen to some dialogue and make some decisions about the dialogue choices. Beyond that there isn’t much else. Part four is below.

Part four of the video also covers the hacking segment where you use the Wi-Fi signal to download the data. It’s some Deus Ex stuff. 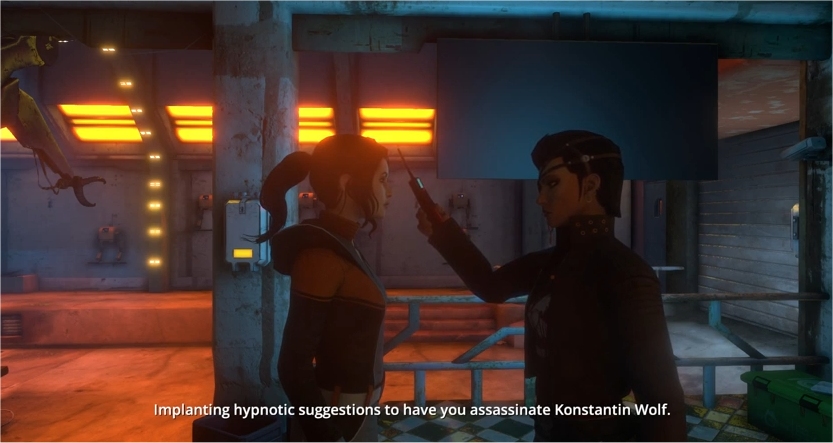 The final piece of the Dreamfall Chapters: Book 2 walkthrough is pretty long. It clocks in at nearly an hour and a half.

You can learn more about Dreamfall Chapters: Book Two by paying a visit to the game’s official website. Alternatively, if you haven’t already picked up a copy (though I would really wonder why someone would be watching a walkthrough guide with complete spoilers if they hadn’t picked up a copy) you can grab a digital copy from the Steam store.