Despite the controversy surrounding the shoddily designed PC port of Batman: Arkham Knight, many gamers who managed to purchase the Xbox One or PS4 version of the game are readily enjoying themselves and partaking in the gameplay goodness that the game has to offer. For people who find themselves stuck on any particular part or a little unsure of how to get through some segments, there is a walkthrough guide available to offer you some hints and tips for each of the segments in Batman: Arkham Knight on home consoles and PC.

The PapiGfunk has a complete playthrough of Batman: Arkham Knight, including a the Harley Quinn story pack and Scarecrow Nightmare missions. You can check out his complete 44 video walkthrough playlist below.

The game is mostly straightforward and offers players plenty of hints and tips to get through each segment. Following many of the on-screen prompts will make it fairly convenient.

Additionally, there are multiple ways to get through each segment, with airvents, rafters or basic basic available to overcome the odds. Compared to the previous Arkham games if you get stuck in a map there’s likely an alternative route available.

One of the more difficult segments in the main game is likely the tank fight against the Arkham Knight. 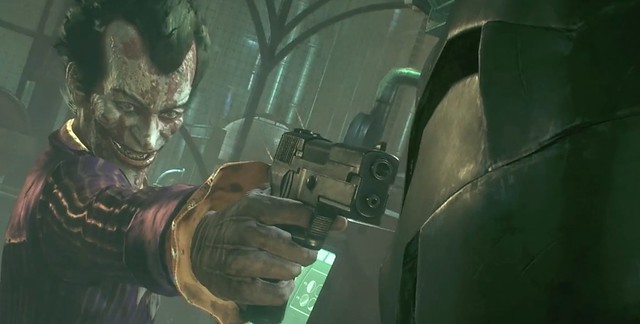 For the tank fight against the Arkham Tank, keep moving through the tunnels and lure it around where the explosives are lined along the walls. After blowing through the explosive corridors a few times the tank will get messed up, leading to a part where Batman will have to make a dynamic exit.

For the Arkham Knight fight near the end, when he’s taking up a sniping position, go from underneath him. You can move along the escalator on the floor and then grapple up to the perch where the Arkham Knight is located.

Everything else is mostly cakewalk save for some of the challenge missions. And, of course, if you haven’t played the game you’re likely just spoiling it all for yourself.

Batman: Arkham Knight is available for the PS4 and Xbox One while the PC version is in the emergency optimization room getting surgery by AMD, Nvidia and Warner Bros Games.