Some of the first gameplay footage of Magia III has been revealed during this year’s GamesCom event thanks to German gaming outlet PC Games. The new video footage features a look at the new face of the game Lincoln Clay, as well as the new features such as improved melee combat, the ability to dive out of cars and use them as bombs and some of the shooting mechanics.

The video on YouTube hasn’t been garnering the most positive feedback due to a couple of very obvious and glaring differences between Mafia II and Mafia III. You can check out the gameplay video below.

So what are all the complaints about? Well, a lot of people aren’t happy about the instant-exploding Cadillacs.

You see a couple of the cars explode instantly when they get rammed into and people aren’t entirely fond of that. Additionally, we see that the protagonist Lincoln Clay can dive out of cars and send them speeding ahead, using them as a sort of bullet-bomb to blow up other vehicles. Not everyone was fond of that either.

It makes sense that there are some disgruntled gamers looking at the video footage and realizing that it feels more like Just Cause than Mafia. I think part of the problem is that the gameplay they have on display did little to explain the context of anything and more-so just makes it look like an all-out action fest, which was never really the selling points of the previous two Mafia games.

The location centers around the French Quarter of New Orleans, and it takes place during 1968. The premise is that a biracial Vietnam veteran is looking to take on the Italian mafia by forming his own.

As the video above depicts, Clay can tackle opponents, knife them to death or just pummel their faces in.

The general gameplay looks okay, but a lot of people in the comment section have noted that it doesn’t feel or have the tone of previous Mafia games, where it was more about the grounded atmosphere centering around the family, the crime and the drama that spawned from it.

“Really? -_- wow I waited so damn long for this and this is what we get?? This shit looks horrible! I want to play an immersive open world game that slowly unveils a tragic story. But nope just throw in flying cars and super powered men and there it is. “

The sentiment is echoed throughout the comment section, as TheGamerPandA writes…

“Graphics look amazing and the feel of the city looks as good as the 2 other mafia games and LA Noire, something GTA games never seem to be able to capture imo. However im not convinced with the gameplay and combat it looks like its trying to be more uncharted and Just Cause 3 than Mafia 1,2 & LA Noire.” 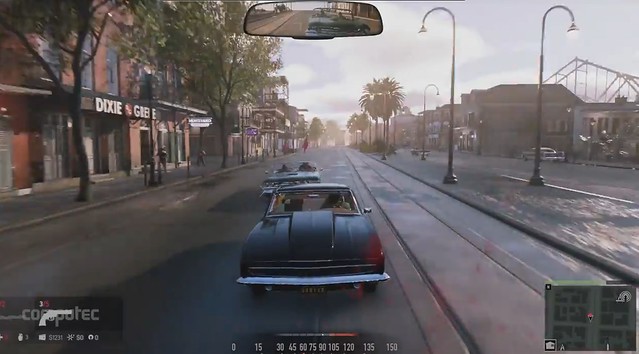 There’s actually a really, really good comparison made between Mafia III and Max Payne 3. Some argued that maybe this third Mafia game should be given a pass until we see and learn more, and that despite Max Payne 3 taking a different direction it was still a good game. I agree with that stance and rank the third Max Payne game just a little behind the first game in terms of greatness. I didn’t care much for the dramatic romance of the second game. Even still, Paco further explains the differences between the two and why people are somewhat frustrated with Mafia III, writing…

“Max Payne was the story of a man who lost his family and never got past that fact, which drove him to murder a shit load of people. Max Payne 2 was the story of a man who was betrayed by one of his few friends and lost the only other person he ever loved in the process of getting back at him. The third game was good because it tied up the story in a nice, satisfying manner and kept the main gameplay mechanics more or less the same despite the new location. Mafia 3 however is taking the atmosphere and story the first and second games built, throwing them out the window and going “ISN’T SAINTS ROW POPULAR? LETS MAKE SAINTS ROW TOO””

We can’t know for sure how the game will turn out and there’s still time for 2K to fix some of the exploding cars and the Saints Row issues. Many of the complaints center around Daniel Vavra and the rest of the 2K Czech team not leading the development this time around. So we’ll see if that has any impact moving forward as the 2016 release for Mafia III draws closer.