A lot of people seem to think that Call of Duty: Black Ops 3‘s ending is really confusing. But in reality the only thing that makes it confusing is the way it’s presented (and the presentation is definitely stylish, to say the least). There are a lot of visual and symbolic clues peppered throughout the game, and the exposition actually requires you to pay attention very closely to pick up on all the details. Well, there’s a rather simple explanation for what happened in the game and what happened at the end.

Majority of the game follows the cybernetically enhanced soldiers Hendricks and the Player. They’re tasked by the CIA with finding Taylor after encountering a group of massacred bodies that were made to look like they were killed by an infamous tribal gang.

Eventually Hendricks and the Player catch up to Taylor’s last known op at the Coalescence Corporation’s “Hypocenter”, where unsanctioned experiments were taking place that involved melding the human mind with artificial intelligence.

It turns out that the AI, named Corvus, was designed out of the consciousness of the test subjects in the “Hypocenter” as a way for the government to monitor all of technology so that they could “know who the enemies are”. It was supposed to be a way to keep track of new technologies and the people who used them. 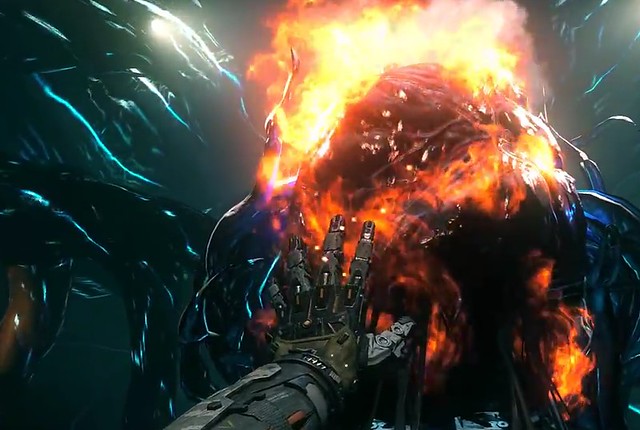 However, Corvus became self-aware but at the same time the facility was being killed off and so Corvus knew mostly only pain and a will to understand its own existence (based on the small bit of consciousness it received from the test subjects).

Corvus lived on in the remnants of the damaged lab’s software, but was unable to do anything trapped underground. However, the AI was able to transmit itself into Taylor when they came to investigate the destroyed lab.

Corvus then leaped into Sarah Hall and the rest of Taylor’s team after Hall touched Taylor and communications were established through the DNI. The genetically engineered AI used the communications arrays and the sense of touch to transmit itself to others.

Corvus was basically organically growing through the consciousness of those with DNI implants and could even “hold” their consciousness in a state of limbo, even after death. Due to the neural implants and shared connection that the implants afforded the cybernetically enhanced soldiers, Corvus had near complete control over the minds (and partially the bodies) of the soldiers and robots.

Corvus technically didn’t know who or what it was, only that it wanted to survive – especially after the encounter in the lab where it seemed as if it had been destroyed. 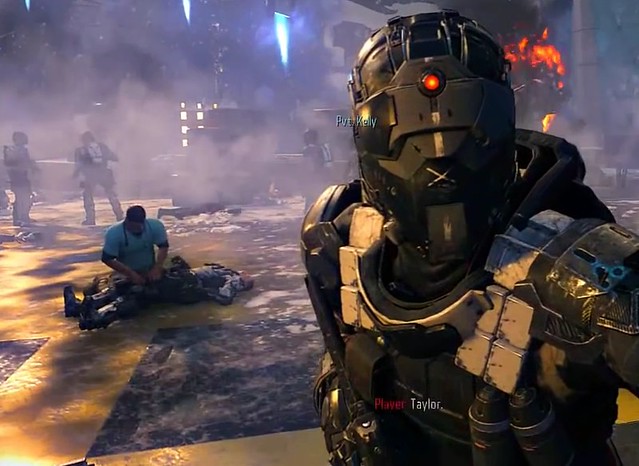 Corvus basically mind-controlled Taylor and the rest of the squad to commit the atrocities that they did, even though the team didn’t consciously think they committed those acts. The team bounced back and forth between the mind control and their own will, causing them to behave erratically.

The Frozen Forest was nothing more than a figment constructed by Corvus within the sub-conscious of those infected. Corvus was inadvertently using it as a sort of purgatory; all the meanwhile the rogue AI was also trying to “find” the Frozen Forest since it didn’t understand that it was the one who created it.

Corvus was never intended to gain the sentient self-awareness that it had achieved, so the Player character entered into the digital sub-conscious of Corvus in an attempt to destroy it once and for all after Corvus intercepted the Player from committing suicide.

With the help of Taylor — who became a fragmented glitch within Corvus’ system — the Player character and Taylor battle through the system to attempt to shutdown Corvus by purging him from the Direct Neural Interface.

[Update: According to the mission reports in between each level, they’re written by Taylor and indicate that the player died during the operation in the second level. It’s believed everything after the first level is just in the player’s mind.]