Call of Duty: Black Ops 3 is out and about for the Xbox 360, PS3, PS4, Xbox One and PC and videos are already going up to discuss every single aspect of the game from top to bottom, as players attempt to find cheats, exploits, Easter eggs and hidden secrets. There are various new walkthroughs available for the Shadows of Evil zombies map and The Giant map where they cover all the power-ups, possible secrets and locations for the weapons.

YouTuber NGTLive does a very thorough walkthrough of the map, giving gamers as much detail as possible while uncovering the map’s secrets in a live-stream session. The actual gameplay doesn’t start until after the 10 minute mark so keep that in mind when you can check out the video below. The actual mission itself isn’t very long but NGTLive spends a lot of time poring through every nook and cranny of the map.

There’s a look at the game’s gumball power-ups, as well as some of the special abilities that can be unlocked to activate various hidden rooms and areas scattered throughout the map.

There is a special lightning sword Easter Egg that some gamers were desperately trying to uncover in the title and YouTuber NoahJ456 actually managed to include a detailed walkthrough on how to unlock the hidden weapon and the steps you have to take to acquire it. Check it out below.

For players who find themselves stuck rummaging through the rounds for ammo and gear and not quite making it, there are ways to bypass some of the more difficult rounds using a little trick that YouTuber MrDalekJD figured out.

The exploit allows players to skip through some of the rounds in an easy way and go through the higher level segments without trudging through the lower level stuff. Check out the video below.

The Shadows of Evil map is pretty small and contains the basics but a lot of people are always interested in The Giant, a bonus map based on the original zombies from the first Call of Duty: Black Ops.

The bonus map requires activating the teleporters, building barriers and killing zombies. The live-stream below from mcsportzhawk features the zombie survivalist with a team looking to unlock the game’s Easter Eggs. It takes them a couple of hours but they eventually get through it.

The quartet of gun-wielding zombie survivors go through the furnace room to unlock the Annihilator, they eventually spend the hour attempting to activate the three green buttons, which eventually allows them to shoot a laser at the Die Riese sign that eventually spawns two new perks in the map, including a stamina perk. 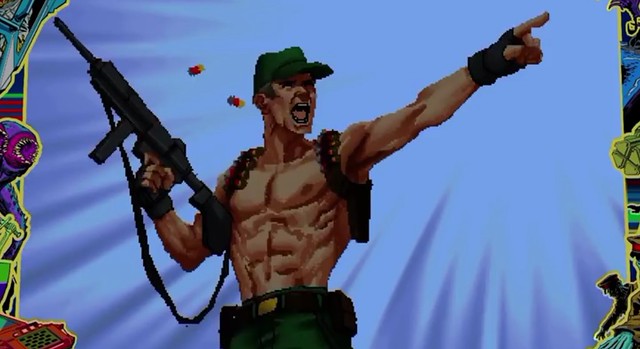 For more zombie goodness, there’s a a special Easter Egg in the format of Dead Ops Arcade II. When you play the campaign mode, during mission 3 head inside the data vault while you’re int he CIA safehouse before the mission starts. Go to the left of the screen near the clan emblem and move up by one space. If you press the button on the icon just above your emblem it will unlock the Dead Ops Arcade II title tucked inside of Black Ops 3. You can see it in action with the video below.

There are 17 missions with multiple routes in Dead Ops Arcade II that you can experience. There’s an additional 40 minute gameplay walkthrough of the Dead Ops Arcade II in Call of Duty: Black Ops 3 that’s available from YouTuber MrTLexify.

Call of Duty: Black Ops 3 is currently available for home consoles and PC, both as a physical retail purchase and as a digital download. You can learn more about the game by paying a visit to the official website.