The Star Citizen soundtrack is being composed by Pedro Macedo Camacho. He started off working on indie projects nearly a decade ago, with titles like Darwin The Monkey and Fury.

Camacho moved on to bigger projects over the years, working on cult hits like Audiosurf and Afterfall: Insanity. His music was featured in the benchmark toolset 3DMark 11 High Temple, Deep Sea and 3DMark Fire Strike, along with games like Sacred 2: Fallen Angel, and more recently CD Projekt Red’s The Witcher 3: Wild Hunt — a game that went on to win multiple GOTYs. Camacho has also done some work in film and television, and even managed to win some awards along the way for his continually budding career as a composer. 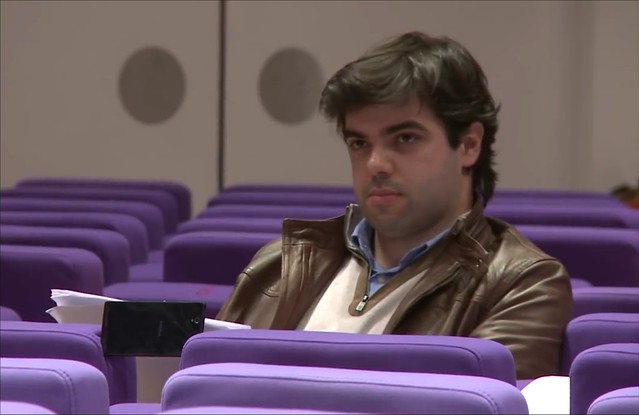 I managed to get in some questions with Camacho about his work on Star Citizen and discuss a little bit about what he’s accomplished on the game so far, as well as what it’s like working with CEO Chris Roberts and the rest of Cloud Imperium Games. He’s already completed some work on the project, including putting together music for some of the promotional ads that CIG has been running for the spaceships, such as the 300 Series, the 2944 Aurora and the Anvil Aerospace Hornet, to name but a few. There’s a listing on Camacho’s official website for some of what he’s completed for Star Citizen, as well as his work in other media fields. But for those of you interested in his take on the upcoming, crowd-funded space sim from Cloud Imperium Games, you can check out part of the conversation I had with Camacho below.

Camacho: The Star Citizen community has really loved the work I have been doing on Star Citizen the problem is that, even though it is quite a nice and big game, it never reaches the boundaries outside the gaming world. I would love to, somehow, make it more available to the cinema people.

One Angry Gamer: Yeah [one of] the biggest problems is reaching across the [media] genre line.

Camacho: Completely. I did manage to get the Star Citizen gig because of my work on classical music (can you imagine that?) Chris [Roberts] loved my work in a Requiem I wrote in 2012. Also the project has many big actor names Star Citizen has as stars Mark Hamill, Gary Oldman, [etcetera] But you are correct, it is not easy to get across.

One Angry Gamer: So when did you start work on Star Citizen’s soundtrack and how far along are you on completing it?

Camacho: I started in mid 2013 and I feel I am 30% done! I came into the project very early on so the pacing was very slow initially.

OAG: Did you already have an idea of what sort of sound you wanted to craft for Star Citizen before joining the team or was that something that developed after you got a look at the project from the inside?

Camacho: I had an idea and I showed it to Chris right on start, which became the Star Citizen Main Theme. However the project grew a lot in scope and some ideas got expanded. The core concept is, however, create a modern score that also links to the roots of SciFi orchestral scoring, I believe the music I did for the video “From Pupil to Planet” also shows what I mean with this.

OAG: The music in from Pupil to Planet definitely felt like something out of a grand space adventure, a little bit like Star Trek meets Interstellar. Speaking of which, I noticed in the main theme there are some electronic synth elements in there. What’s the ratio of synth to classical music in the score for Star Citizen so far? Will it be more symphonic like 2001 a Space Odyssey or more electronic like Blade Runner? Or something in between?

Camacho: I think a bit more orchestral than electronic. A bit more in terms of importance in the final music product, not amount/length of notes. I love using the orchestra, that is why I studied classical composition for so many years before film scoring, there is some kind of magic into it that makes me love it.

OAG: And how much input has Chris Roberts had in the score? Does he offer any direction on how it should sound or what particular kind of sound he wants for Star Citizen, or has he mostly left it up to you to decide?

Camacho: Chris Roberts is a film director that happens to know a lot about games. He has hired top Hollywood talent for all aspects of Star Citizen – from concept artists, 3D Artists, creature artists [etcetera], to actors like Gary Oldman (best known as… I can’t even name his best performance, he is fantastic in everything he does), John Rhys-Davies (who performed as Gimli on Lord of the Rings), Gillian Anderson (best known as Scully from X-Files) and Mark Hamill (best known as Luke Skywalker from Star Wars).

Being a film director he knows how crucial music is for the success of any project. It makes people dream, hope, believe. 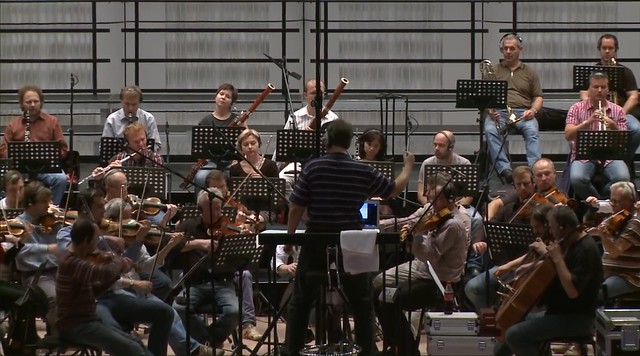 Camacho: Chris is a huge well of knowledge regarding music and he really manages me directly. As a professional working with Chris has been fantastic but also one of the biggest challenges ever for me. He knows what he wants and always brings from me the best I have to offer. Also he knows he will always have me to make his project seem as polished as possible. Using a Top-Gun comparison, Chris is like Maverick I am his wingman, Goose, except that I stay alive.

I usually get things approved after a few iterations but In a particular scene I have rescored it almost 30 times until Chris (and myself) was happy with the picture to music connection.

OAG: Wow that’s very interesting. I had no idea Roberts was that hands on with the music. So do you ever have to interact with other team members from Cloud Imperium Games or do you just complete what’s ahead of you and turn in the music to Roberts or the audio director?

Camacho: Even though Chris directly works with me on the music I always teamwork with as many people from the team as possible, in particular with our incredible audio team led by Lee Banyard. Teamwork is the key for any kind of success and Star Citizen is not an exception!

Huge thanks to Pedro Macedo Camacho for answering the questions. As the game progresses in development I’ll be asking him more questions about scoring the soundtrack and developing the music for Star Citizen. In the meantime you can check out some of his music on his YouTube channel or by visiting his official website.