StillAlive Studios and Astragon Entertainment recently released Bus Simulator 2016 onto Steam. The game currently has a mixed review rating, highlighting the fact that even with some interesting features, decent graphics and some unique gameplay mechanics, it wasn’t enough to win over everyone’s favor.

Bus Simulator 2016 features six different buses based on real life, a large open-world with real traffic rules and regulations that players have to abide by, as well as deal with unruly passengers, wheelchair ramps and fix stuck doors.

The goal is to build up your reputation as a trustworthy and prompt bus driver while dealing with detours, rush hour traffic and the various challenges that come with the unlockable districts.

Bus Simulator 2016 also features cooperative online modes and is open enough to allow for mods. You can see what the game looks like with the trailer below.

There’s a mixture of opinions on the game. Steam users like sans always wondered what being a bus driver would be like, and enjoyed the experience, writing…

“What makes Bus simulator so great are the random events happening around you. Just noticing your blinkers have effect on cars around you feels great, but honking at a car to let him ride away from the bus stop feels even better! As for driving, I’m not playing with a steering wheel but I think the driving system is good. The one thing that kind of annoys me is creating routes so you can finish your goals. One part of the city is all one way roads and trying to make a nice route there is almost impossible.”

Geekdomo focused on the more technical aspects of the game’s drawbacks, but still found himself enjoying the game, stating that it’s a fine “niche” game while also warning people to stay away from the negative reviews with very little time on the profile…

“Not perfect, needs some work. Hands down more accessible and stable than OSMI 2. I streamed this for about 8 hours yesterday. It only crashed once. I guess if you have a potato pc then it might seem laggy. Overall my biggest complaints are no TrackIR support and the steering was hard to get smooth with my Thrustmaster RS500. All in all it is a pretty decent cheap game. Please note that most of the negative reviews have barely ANY time playing it. Please look at playtime when checking out the reviews here on Steam.”

It is true that there are a lot of negative reviews with low amounts of hours on record, but some do make some valid points about the shortcomings of Bus Simulator 2016, such as Meownic, who stated that the game has a lot of positives like the multiplayer, police and the tutorial, but the floaty handling and long load times detract from the experience, writing…

“Unfortunately I felt this game had a lot of potential but the execution was pretty bad. I was hoping to finally get an Omni 2 experience on Steam but unfortunately this falls well below expectations and to me feels more of an entry product. I could only recommend this game to people with low expectations or standards (huehue). I played this game only for an hour but I was left out in Sunny Springs in the rain, trapped from my bus and depot.” 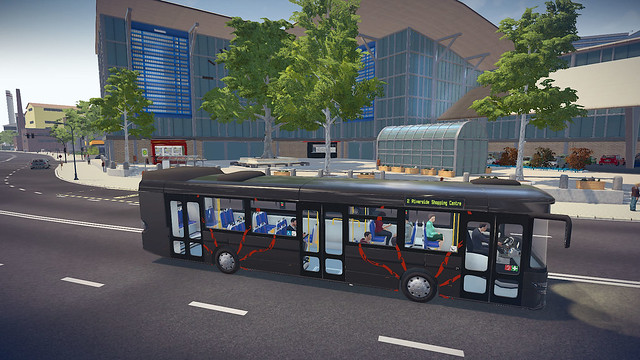 AndreiD has been consistently making updates to his Steam review as new patches have been released by StillAlive to address the performance issues he writes about, explaining…

“Can’t really recommend this game in its current state, it feels more like a pre-alpha than a finished game. If it was released as an Early Access title I’d be more inclined to give it the benefit of doubt.
“It runs poorly on an i7 [email protected] + GTX970, it uses only 1 CPU thread (and even that only at 50 to 70%) and the GPU usage sits at 40~50%. With the lowest possible settings I’m only getting around 40 to 50fps at 1080p, but with those settings the viewdistance is so small that it looks like you’re driving through fog. High settings net me around 27-33 fps and maxed out is completely unplayable due the low fps and stutter.“

AndreiD suggests that the game should have entered into Early Access before fully releasing, and that these sort of performance issues should have been addressed way before launch.

Sp-wrd also noted the same problems even after putting in more than 15 hours into the game, obviously showing that it’s not just people with an hour or two on record having problems running Bus Simulator 2016. Sp-wrd wrote…

“It’s a good game. but it can be better optimised because I’m getting low fps on low settings. With the recommended system needs. Please fix it as fast as possible!”

Redhawk felt as if he couldn’t recommend the game for a different reason: the controls. On a controller he had issues with the sensitivity and it made it difficult to enjoy the game. Redhawk writes…

“The game lets you control everything from opening the garage door to printing tickets and giving change to you customers. The games UI feels fresh and modern and is pretty easily navigated. I like that you can make your own bus routes and assign drivers to drive them.

“Unfortunately for me, the games falls flat in one of the most important mechanics, the driving part. The handling feels very loose and the bus veers all over the place, and I’m playing on a controller with the sensitivity on its minimum setting. It doesn’t feel like you are steering a 14-ton bus when it jerks at the smallest input on the joystick.”

A majority of the negative reviews seem to center around either poor performance – even on decent rigs – while others complained that the controls and handling of the bus felt too “loose” and the bus didn’t feel as if it had proper weight, especially if they weren’t using a steering wheel and pedal set. 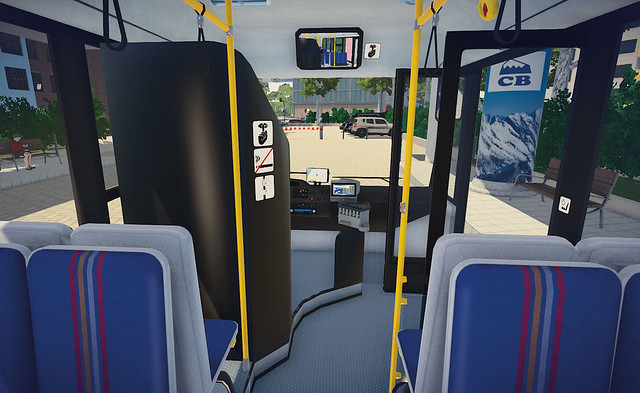 Others, however, enjoyed features like the random construction zones, the manual requirement of unjamming doors or dealing with the different passengers and their issues.

Nzyowie believes this is the best bus simulator since OMSI 2, writing…

“This is a very engaging and interesting game. You do more than just drive a bus – you also have to manage your own bus company, organise routes, deal with a variety of interesting situations (bus malfunctions, demanding passengers etc.), buy new buses, hire new drivers and so on. You get missions that help you unlock new features. You’re never short of something to do.

“Other than the need for performance optimisation, I have few complaints about this game. It is definitely the best bus simulator since OMSI 2, and has real potential to give the latter a serious run for its money. I am more than happy to recommend it.”

<.GP}Cmdo.Delta ultimately felt that OMSI 2 was more hardcore for people who wanted something realistic, and that Bus Simulator 2016 was more of a simcade. Even still, he felt the need to recommend Bus Simulator 2016 for anyone looking for a fun bus simulator and happens to be patient enough to wait for a fix from StillAlive to address the optimization issues, writing…

“[…] if you are not patient to wait for a fix, don’t buy or request a refund. But please, this game doesn’t deserve so much bad reviews just because those devs are not experienced enough and have a little struggle optimizing their game. From a huge studio, I would have not forgiven such a mess with optimization, but for StillAlive, I’m ready to give them some time. I hope they will make good use of it.”

If you want to experience Bus Simulator 2016, you can do so right now by picking up a digital copy over on the Steam store for $24.99. If you would prefer to wait for a fix for the game’s optimization issues, be sure to keep an eye on the updates page.