Insomniac Games’ Ratchet And Clank remake for the PS4 is up and out for Sony’s latest home console. A walkthrough for the game has found its way online featuring a playthrough from start to finish.

YouTuber GhostRobo has a 24 video playlist available, featuring a look at the game from start to finish. Check it out below.

GhostRobo takes gamers through each level of the game, exploring many of the game’s features, including the upgrade system where it’s possible to upgrade each weapon and expand their power, area of effect and other properties.

Players will need to collect bolts that drop throughout the levels to acquire and upgrade their weapons at gadget stations.

I don’t know why exactly, but for some reason part 3 is not in the playlist, even though the video does exist. You can check it out below.

Some of the optional mini-games in Ratchet And Clank includes the hoverboard racing segments, which is pretty impressive. You’ll find the hoverboard segments on part 7 in the playlist above.

During the Blargian Boss fight it’s pretty easy to take him down using the disco ball to force him to dance. You can keep him dancing while you continue to blast his health down with your various weapons.

For the Ride The Grindrail segment on Kalebo III, in order to activate all four of the switches remember to hop off the rail to your right when you encounter what looks like a second set of rails. It’s a separate looping segment that has two of the switches you’ll need in order to progress to the end of the rail grinding segment. 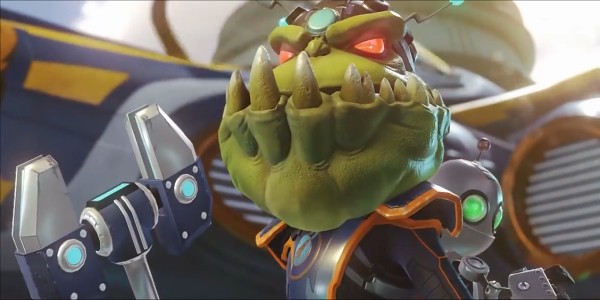 Later on in the series GhostRobo manages to get back onto the hoverboard again before heading toward the final Deplanetizer level, so if you were looking for more mini-game action it’s present in the game at sporadic points.

During the final stage before facing off against the boss, Ratchet and Clank must hack into the system and disable the gravity stabilizer by aligning the nodes properly. It can be a bit tricky and leave some players stumped, but there’s a diagram showing you how to align them and where they should be. Check it out below. 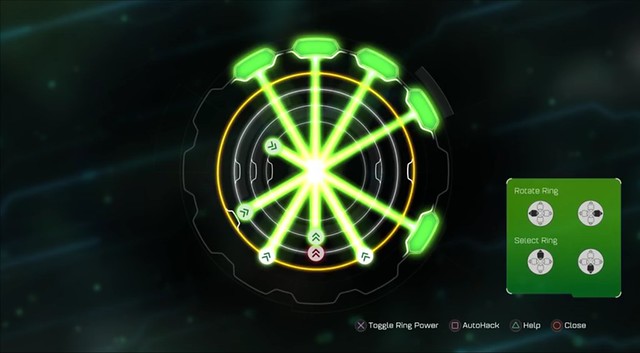 You’ll need to face off against Qwark shortly thereafter, just before facing off on the Deplanetizer against Dr. Nefarious. The fight takes place on some grind rails. Don’t forget to use the grapple hooks to make the large jumps across the rail gaps.

After the rail segment you’ll then have to fly around and battle Dr. Nefarious with a jetpack. It’s a standard boss fight that requires dodging his attacks and chipping away at his life.

Ratchet and Clank is available right now for the PlayStation 4, arriving just in time for the theatrical release of the animated movie.