Sumer Is a Hieroglyphic-style Party Board game

Who would have thought that someone would make a party game that operates in the form of a resource gathering auction house board game, with the graphical art style of Egyptian Hieroglyphics? Well, developers Studio Wumpus, the creators behind Sumer, did exactly that, bringing us this unique concept that is bound to get the attention of board game lovers.

The art style is so unique because the characters move and interact with the rest of the game world, but the entire thing looks like a colorful version of ancient Hieroglyphics.

Sumer is a tactical strategy game that is meant to be played with up to four other players locally, to gather supplies and resources and make sacrifices to the goddess to gain favor and get ahead of your rivals.

Sumer Can be played against the AI as well, so players still have a challenge while they play even if they don’t have three other family members or friends to join them in the game. 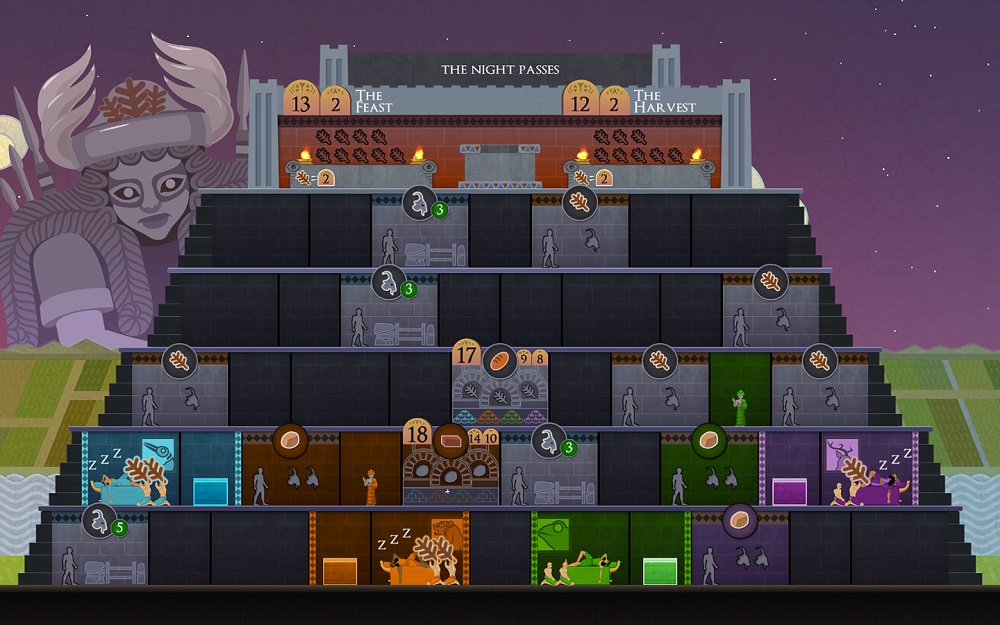 This seems like a really cool concept that would be a blast to play over the weekend or holidays with friends and family as you all compete for victory.

Sumer will have a total of three different game modes that consists of short play sessions, medium length games, and long play sessions that can last up to about 30 minutes, just to add a bit of variety to each play session as well as a bit of replay value. The gameboard also randomizes, so players will always have to think fast and come up with unique strategies to be victorious. You can watch the official Sumer trailer and gameplay video that I linked down below to see how a play session actually works in game.

Sumer is currently on Steam Greenlight seeking approval from the community, and will also be launching a Kickstarter project soon to help fund the game to finish it for final release. We still have quite a bit of time to wait before the game will be available to the public, since they are aiming for an early 2017 release. You can visit their Official website for further details.