Players will need to navigate the hellscape as a damned soul, embodying lesser demons and other pitiful creatures scavenging to survive in the land of tormented. OnlySP caught wind of the recent announcement trailer that was posted up on YouTube, and you can check it out below.

The trailer seems to center around a soul that can’t escape from Hell, but is constantly being thrust back down into the depths of the land of fire.

As far as the imagery is concerned, Agony looks gorgeous. The shot of the player-character above the vortex of swirling despair was breathtaking. It’s one of the few times we get a glimpse of the netherworld in such a vast and all-encompassing way. Most times the afterlife is always viewed as a contained experience, small and linear. Even Dante’s Inferno had the problem of making Hell look like tour through Bowser’s secret S&M dungeon as opposed to feeling like a vast, horrific world all its own.

As far as the gameplay is concerned, we don’t get to see any of it. It appears as if it may be one of those titles that once again limits Hell to linear pathways and small corridors, although I’m really hoping that’s not the case. The intro video above gave gamers the impression that this would be one of those rare occasions where covers the wide scope of a world about pain and suffering instead of limiting it to just hallways and rooms. 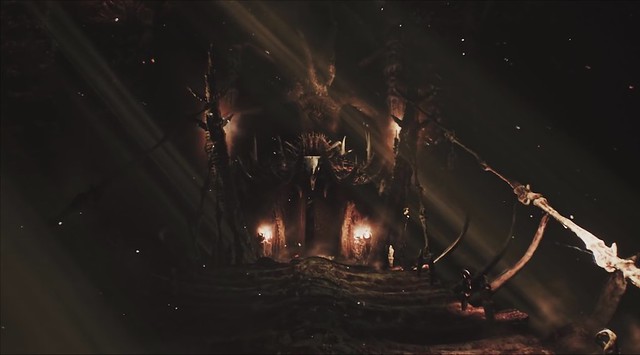 Visually, though, the developers definitely seem to have an eye for cinematic appeal. The journey down into the depths of Hell was a graphical feat, giving viewers just enough of a glimpse at some of the disturbing imagery where it almost seemed necessary to turn away but there was the lure of wanting to see more. It reminded me a lot of Tarsem Singh’s The Cell.

The biggest issue is that we just don’t get any kind of gameplay, so it’s all really a toss-up as to what kind of horror and survival elements players will encounter. Will it be a string-along walking simulator like Slender Man or The Park? Will it be mid-core like Outlast or Amnesia: A Machine For Pigs? Or will it be an out-and-out survival game like Project Zomboid or The Forest?

I’m hoping it’s closer to the likes of Red Barrels’ Outlast 2 than it is Slender Man, but I’m sure we’ll find out soon enough, likely at this year’s GamesCom.

Agony is due for release sometime in 2017 for the PlayStation 4, Xbox One and PC. To keep up to date on the game and its development progress, feel free to visit the official website.