Sega and Relic Entertainment have announced that Warhammer 40,000: Dawn of War III is in the works and coming to PC. The announcement was accompanied by a four minute long announcement trailer to whet the appetites of those looking to step back onto the battlefield with blistering strategic combat and unparalleled destruction.

Blues caught wind of the announcement from Sega, where the general manager of Relic Entertainment, Justin Dowdeswell, commented about the upcoming RTS title, stating…

“This announcement is a big moment for all of us at Relic, and at SEGA,” […] “We’re setting the bar for what we can achieve, and showing players what they can expect from us in the future. This is just the beginning.”

Well, you can check out the trailer below to see if they’re really setting the bar higher than what players might be expecting from them.

Holy snaps that was epic.

The game will see players battling it out in a three way fight between the Orcs, the Space Marines and the Eldar.

Quite naturally there were those in the comment section asking for the Chaos, but everything in that trailer above… that’s how you get boners to push wallets out of pockets and have people throwing money at the screen. Zzrog seemed to sum up the general feelings of the comment section quite well, wrtiting…

“THIS IS GETTING ME HARDER THEN TERMINATOR ARMOR!!!”

Viagra would be going out of business if Relic made it a habit to frequently announce Dawn of War games. 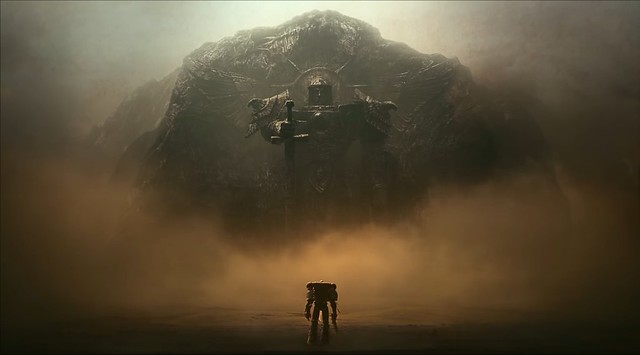 It’s almost like the complete opposite of the recent Call of Duty: Infinite Warfare trailer, which seemed to deescalate all of the hype that barely existed for that game.

As for Warhammer 40,000: Dawn of War III… we don’t know when it’s coming but we know it’s coming. It’s probably best to brush up on your Dawn of War lore ahead of the game’s release on PC. For more info be sure to tune into the official Dawn of War website.