Bungie revealed that the next big expansion pack for Destiny will be called Rise of Iron. The new DLC will arrive on September 20th for the PS4 and Xbox One, and it will cost $29.99 in North America and £24.99 in the United Kingdom.

According to Push Square the game’s latest expansion puts within the price range between House of Wolves and The Taken King, the former of which was $20 and the latter of which was $40. Gamers were not too keen when they first learned about how expensive The Taken King was. Later on some of the die-hard fans warmed up to the higher price point because they eventually felt as if the content contained there-in was worth it.

Bungie recently had a live-stream to talk about the content within the Rise of Iron, which sees the last of the Lords of Iron taking on the mutated Fallen in the Plaguelands. The story will require players to venture to an all new location and battle brand new enemies, along with getting a hold of some new weapons, armor and gear. They tease some of the content in the announcement trailer below.

In addition to all of that stuff, Bungie also announced that they will be raising the light level, and they will introduce a brand new cooperative raid.

We get a brief glimpse at a giant robotic monstrosity at the end of the trailer, giving gamers a small hint at what lies in store for them in the new maps. 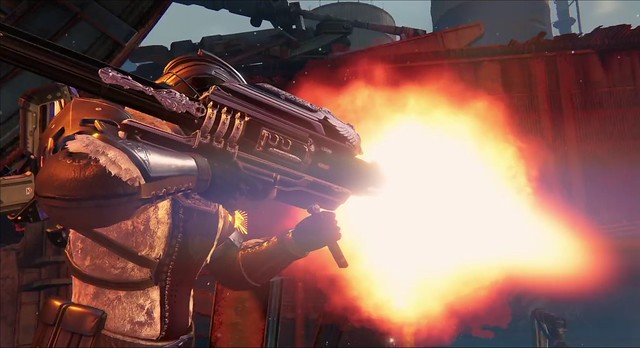 The trailer rounds itself out by mentioning that the Gjallahorn rocket launcher will be making a return to form in a new black-iron livery. It’s part of the DLC pre-order bonus for the Rise of Iron expansion pack.

If you still play Destiny and you still enjoy putting time into the game, you can expect to see the new content arrive only on the Xbox One and PS4 starting September 20th. Bungie is finally starting to leave behind the old and decrepit Xbox 360 and PS3. Maybe at this year’s E3 we’ll get a small hint at what they have in store with Destiny 2? The sequel is expected to launch next year.

You can learn more about the newest expansion pack by hitting up the official Bungie website.