An action-RPG from Spiders Studio called The Technomancer has been inching towards its release with steady resolve. We’ve been seeing the game pop up every once so often with new screenshots or a new trailer, and this time around Focus Home Interactive and Spiders let loose the official E3 2016 trailer to help get gamers pumped up for the release, and hyped up for its appearance at the annual trade show in Los Angeles, California.

The trailer takes it back old-school, focusing more on players being dumped into a large, organic world of interactvity on Mars where they can develop relationships, make choices, engage in some combat, dabble in romance and battle alien mutants. You can check out the trailer below.

I have to admit that Spiders has done a great job of world building the atmosphere and immersion of The Technomancer, it feels like it’s own little thing. Some gamers are calling it a cross between Mad Max and Mass Effect.

Part of the game’s appeal is in the multiple dialogue options available, as well as the ability to customize and outfit your Technomancer as you see fit, this includes advancing and modifying your character’s diplomacy, combat skills, armor, weapon usage and more.

Crafting, looting, questing and relationship building with companions is also included in the game. 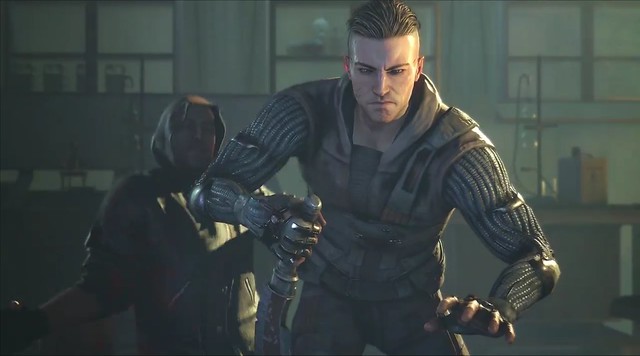 One of the things I find most appealing about The Technomancer is the combat. It looks pretty solid and they seem to focus on clean, smooth strikes and movements, which is what I like most about third-person hack-and-slash games. These days too often there’s this fascination with cutting up the combos and having these stilted freeze-frames included in between some of the hits, it was especially prevalent in games like The Force Unleashed and has become an unwelcoming staple in many Western made hack-and-slash titles. Thankfully it’s not present in The Technomancer.

You can look for more info on the game to surface during E3 as Focus Home Interactive and Spiders will present the title at their booth in West Hall #5200. You can look for the game to release on the Xbox One, PS4 and PC starting June 28th. For more information on The Technomancer be sure to hit up the official website.